#TheSoapbox: I never thought I could fall for an online scam, here’s how not to repeat my mistake

The man who said he was looking for a ‘puppy nanny’ seemed legitimate, until it was almost too late
0
Nov 21, 2018 3:00 PM By: Community Submission 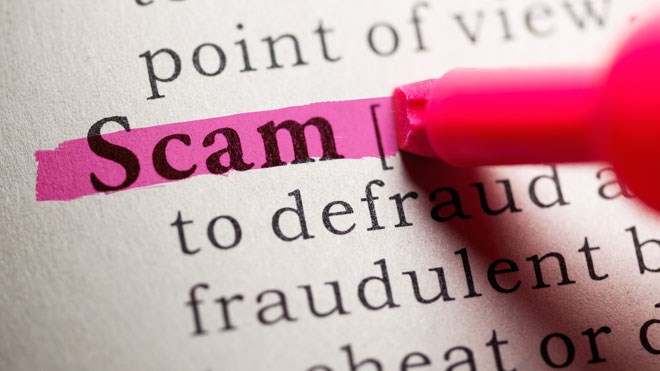 Scam victim speaks out in this edition of The Soapbox.

Editor’s note: Sudbury.com does not readily extend anonymity. In this case (and only after confirming the identity of the writer), we decided to allow an Anonymous byline on this piece to shield the writer from embarrassment and ensure the valuable lessons she learned could be shared with readers.

We all love animals don’t we?

All right, for those of us who don’t have allergies, we love our dogs, cats and the occasional parakeet, right? What if there were a new scam out there that preyed on your feelings about your pets and the pets of others, offering you substantial amounts of money and setting up an elaborate scheme to ruin your financial life?

I am a victim of this scam.

It started out very innocently with me looking for part-time work to supplement my current income.  I have always had a deep-seated love of animals, volunteering at shelters, fostering and even having pets of my own.  So I placed a brief profile on a very popular North American pet sitting/pet caregiver site (Care.com) stating that I would be available for part-time work.

I had almost forgotten about the profile when I received a message from a man stating that he needed a “puppy nanny” as soon as possible for his dog who was recovering from a terrible accident. He described himself as a “military man” who travelled extensively for his work. He complimented me on my profile and stated that he would be very interested in connecting with me. He sent me his full name and an email account that I could use to speak to him more directly.

Flag number one. I got off the site and started communicating with him via my personal email.

We had lengthy email exchanges over the period of about 24 hours. He offered a considerable amount of money for just one week, hundreds of dollars.

Flag number two. Pet-sitting should not cost hundreds of dollars per week. I was suspicious at first, but I reasoned to myself that since he was in the military, he could afford paying that kind of salary. He also stated he wanted me to shop for his dog and for him — namely be a kind of personal assistant during the work week. He said that if I was a right fit, his “agent” would contact me to give me a spare key to his house that he said was close to downtown.

He also stated that I should connect with his previous “puppy nanny” and gave me a name and a number. It was a bit of a strange number, not local, but then again I know of a few people who have cell phones with out-of-town numbers.

Flag number three. I didn’t check the area code and yes, it turned out to be a phony phone number.

But I spoke to a woman! She seemed very genuine and nice, and even divulged that she had just had a baby a week ago. We talked for at least half an hour as she gave me all the details about the job, payment, expectations etc.

Looking back though, one of the first things she said to me was, “Oh yes, (military man’s name) told me that you were the one who was going to call.” We talked extensively about our love of animals and the dog in particular that I would be caring for.

Next, the “military man” gave me a specific list of items he wanted me to buy before his dog’s discharge from the hospital and also wanted to know if he could trust me to pay some vet bills before he came home. He stated that he would send me a draft cheque and asked if I had a mobile cheque app on my phone. After many more email exchanges, he sent me a copy of a draft cheque for a huge amount, hundreds of dollars.

Huge red flag. Who sends a substantial sum of money to someone they’ve never even met? Who gives someone the keys to their house without meeting them, without doing a background check or asking for references, anything?

But I fell for it. As a hardworking woman with a modest income who adores her cats and really needed the extra income for very basic needs, I became a victim of this scam and successfully deposited the funds into my personal account. Again, I thought that because “his dog is his world” that he was an affluent member of the military, someone who would be considered honourable and trustworthy, it was real.

Not to mention that I spoke to a woman over the phone. And mostly that I’m an intelligent woman who has always been “scam savvy,” always on the lookout for cheats and swindles, even making others aware of potential scammers and their tactics.

The way that I found out this was a scam was when I went to my local bank to verify the funds.  After much painstaking research and discussions with several employees, the truth became clear. The painful, ugly, embarrassing truth. I was mortified. Luckily, it was caught in time, because if I would have started to spend the money, I would have been in dire trouble with my financial institution.

Subsequently, I received an email from the website stating that “military man” had been removed from the site and that the account was indeed fraudulent. They also gave me a list of indicators to look out for to avoid a similar situation in the future. Better late than never, I suppose.

All to say that the love of the four-legged can lead you to dark places and cruel intentions. And you know what they say about something that seems too good to be true: It usually is.

#TheSoapbox: I never realized how hard it is not to touch my face
Apr 6, 2020 9:00 PM
Comments
We welcome your feedback and encourage you to share your thoughts. We ask that you be respectful of others and their points of view, refrain from personal attacks and stay on topic. To learn about our commenting policies and how we moderate, please read our Community Guidelines.