Inspired by a man in a cape

Entrenched as we are in a cold and snowy winter, the warm summer evening I interviewed Jamie McDonald seems like a long time ago now. Dipping his hand into the Atlantic ocean in St. John’s, Nfld.
0
Feb 7, 2014 3:05 PM By: Heidi Ulrichsen 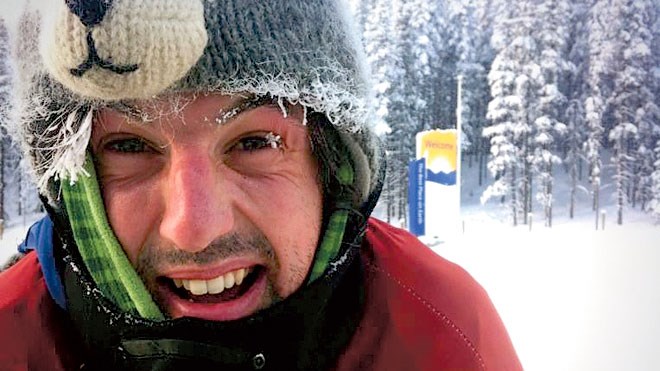 For the past 11 months, Jamie McDonald has been running across Canada, recently reaching his goal. Supplied photo.
Entrenched as we are in a cold and snowy winter, the warm summer evening I interviewed Jamie McDonald seems like a long time ago now.

Wearing a superhero costume (suitably, the speedy, red-garbed Flash), McDonald was accompanied only by a 60-kilogram stroller he nicknamed “Ceasar,” that contained all his worldly goods.

He relied on the kindness of strangers for shelter and meals.

Why on earth would he do this? McDonald spent a lot of time in hospital as a child due to a rare spinal condition called syringomyelia. As an adult, he decided he wanted to raise money for children’s hospitals.

McDonald was inspired by the memory of cancer research fundraiser, and Canadian hero, Terry Fox.

While Fox famously ended his journey in Thunder Bay when his cancer returned, McDonald recently reached his goal, arriving in Vancouver, B.C., and dipping his hand in the Pacific Ocean.

He then travelled to the end of the Trans Canada Highway on Vancouver Island.

Along the way, he raised more than $120,000 to support children’s hospitals in Canada and the United Kingdom.

As a reporter, I’ve written many stories over the years about people crossing the country by one means or another. I never expected to become so captivated by McDonald’s journey.

In the process of writing my story about him, I joined his Facebook page. I’ve been following his blog ever since, laughing when he wrote about needing to relieve himself on the prairie, and not being able to find so much as a bush to duck behind, and fighting a marten for his breakfast in an alpine cabin.

I cringed as he suffered through chronic tendonitis in his foot, -40 C temperatures, dangerous, avalanche-prone conditions in the Rockies, and even a mishap where he was beaten up at a Banff, Atla., hotel on New Year’s Eve.

This incident aside, Canadians from coast to coast lived up to our reputation and showed him extraordinary kindness.

Besides vicariously enjoying McDonald’s adventures, there’s also a more serious reason behind my interest in his story.

Over the past 18 months or so, I’ve written several stories about children who have received treatment at Toronto’s Sick Kids Hospital.

One of them is nine-year-old Karissa Kruk, who is now thankfully winning her battle with leukemia. She’s the daughter of Terra Kruk, who was in my grade at Copper Cliff Public School.

Everyone, it seems, knows someone who has been touched by a children’s hospital. I think that’s why McDonald’s journey resonated with the people he met along the way.