Zalan: Gov’t failures on pandemic should have us all ‘mad as hell’ 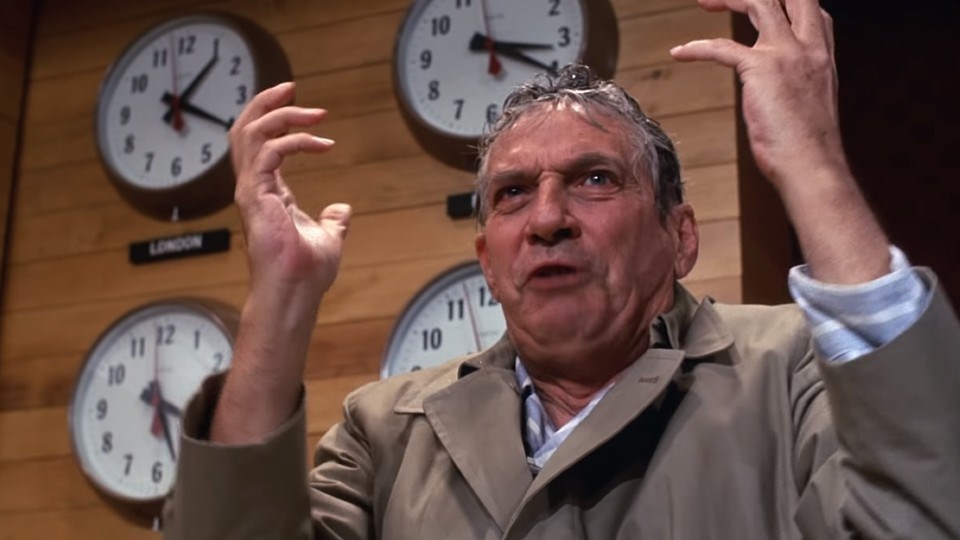 Character Howard Beale (portrayed by actor Peter Finch) delivers the famous line, 'I'm as mad as hell and I'm not going to take this anymore!" from the 1976 film Network.Network (1976), MGM

This is a very practical question. After a second wave whose peak was higher than the first, COVID-19 infection rates have been falling across Canada. Closures, lockdowns and other public-health measures are having an impact. There are fewer than half as many new COVID-19 cases as a month ago.

On the other hand, significant community transmission of the UK and other variants is already ongoing across Canada, including a big outbreak in Barrie and cases in Sudbury.

The province is advising that everyone minimize travel between areas with different rules.

Dr. David Williams, the provincial Medical Officer of Health, has said he would like to see daily cases drop below 1,000 and the number of patients with COVID-19 in hospital intensive care units below 150 before lifting restrictions. (335 on Feb. 8).

Then consider Australia. One young security guard at a quarantine hotel tested positive for the coronavirus and experienced minor symptoms. That was all it took for Perth, Australia’s fourth-largest city, to snap into a complete lockdown.

The lockdown in Perth followed similar efforts in Brisbane and Sydney, where a handful of infections led to steep increases in restrictions, followed by positive outcomes and a rapid return to near normalcy.

Ask Australians about the approach. Instead of outcries over limits on their freedom, they’ve gotten used to a routine of short-term pain for long-term gain. Australia has strictly limited interstate travel while mandating hotel quarantine for international arrivals since last March.

Nova Scotia also deserves praise. It didn’t just bring cases down to a low level in the summer, as other provinces did, it brought them to zero. And it kept tough border measures.

The province had a surge in the fall, like the rest of the country, but it was firmly suppressed. Nova Scotia is currently averaging one new case per day. There is one person in hospital with COVID-19 in the entire province. It hasn’t recorded a death since August. Its economy has contracted less than the rest of the country and life has been considerably more normal – open restaurants, open stores, open schools – than in most of the country.

Nova Scotians are encouraged to seek asymptomatic COVID-19 testing. The province reported one new case of COVID-19 on Feb. 8.

What to make of all these numbers? If the number 2,142 was considered too many in Ontario and so a lockdown was declared on Boxing Day, is 1,339 now low enough to announce a partial re-opening?

How about the number 1,000 as recommended by Dr. Williams? Would it be safer to wait for ICU numbers to drop below 150? Were Australia and Nova Scotia wrong to wait for virtually no infections before re-opening their economies?

Which governments do you think are managing the pandemic properly: Ontario? Nova Scotia? Australia?

Do you recall the 1976 film “Network”, starring Peter Finch and Faye Dunaway? Veteran news anchorman Howard Beale’s career is in jeopardy. After threatening to shoot himself on live television, he uttered the following memorable words: “I want you to get up now. Go to the window and stick your head out and yell, ‘I am as mad as hell and I am not going to take this anymore!’.”

It is time to express frustration with the performance of the Ontario government.

Why did it give permission to gather for Christmas? Here in Sudbury, we had been doing well. In December, there were many days without COVID-19 cases in hospital. Without any new deaths since early April.

No longer. The number of active cases shot up to 99 from 10. There is an outbreak at the hospital, eight deaths in the community and four cases of the variant coronavirus. No word about a Northern or Sudbury Bubble. No announcement on testing of truck drivers.

The province is advising that everyone minimize travel between areas with different rules.

We should not exclude the poor performance of the federal government, which has just acted on mandating hotel quarantine for international arrivals and establishing a Canadian facility for vaccine production. Why not months ago?

While it is understandable to get things wrong during the first wave, it is unforgivable to repeat the same performance during the second wave, with the variant thrown in for good measure. No wonder the public suffers from pandemic fatigue.

Instead of learning from jurisdictions that got it right, our province keeps repeating what has failed to work before. The federal government continues to work in slow motion. Considering how long it will take before the vaccine works its magic and makes us safe, we are surely looking at a third wave.

It is time for young and old, folks of all backgrounds, from small towns and large cities across our huge province, to give voice to Howard Beale’s memorable words: “I am as mad as hell and I am not going to take this anymore.”

Dr. Peter Zalan is Past President of the medical staff at Health Sciences North. His monthly column tackles issues in health care from a local perspective.