Suffering depression, the man drove at transport truck to end his life, but the crash that resulted left a woman dead, and her son and husband with severe injuries
Jan 29, 2020 2:00 PM By: Darren MacDonald 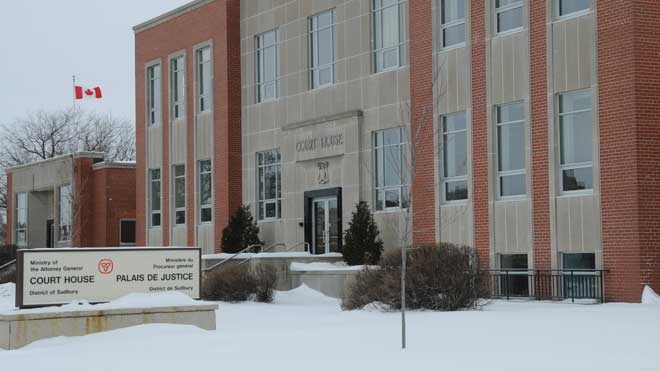 A Sudbury man has been sent to jail for 15 months after his attempt at suicide left a woman dead, and her son and husband seriously injured.

The tragedy took place May 28, 2018, on Highway 17 near Walden. The court transcript says the man's uncle had killed himself 10 years earlier in the same way.

It appears to have inspired the man, who texted his former girlfriend just before the crash telling her what he was going to do.

“It is clear from the accused’s suicide note ... that he was totally despondent about his life and the unacceptable manner in which he had treated those close to him in the past,” the transcript says.

“Unfortunately, the response of his former girlfriend, his sister, his best friend and close family members to his threat to commit suicide was too late to prevent the collision which occurred between his truck and an oncoming tractor-trailer.”

On the afternoon of May 18, the man pointed the Ford 150 truck he was driving toward a transport headed toward him on Hwy. 17, but the transport driver was able to swerve out of the way to prevent the collision.

“Unaware of what was taking place before them, however, the three members of the ... family in a passenger vehicle only two cars behind the tractor trailer were not so fortunate,” Ontario Court Justice André L. Guay wrote in his decision, released in mid-December.

The female passenger was killed, her husband, who was driving, was left with severe injuries, as was her son, also a passenger. The couple had been married for 50 years. The husband was left several fractured bones, a torn bowel and spent five months in hospital and rehab. He has not fully recovered and still requires help to look after his home.

The woman's son, a medical doctor, was even more seriously injured. He suffered pelvic injuries affecting his hip, as well as serious nerve damage to his right hand, right leg and foot. The injuries may never fully heal, and the nerve damage will impede his ability to practise medicine.

“He spoke too of the emotional damage his injuries had caused his sons,” the transcript says. “He related how his older son, a boy struggling with severe autism, had been stressed by the absence and loss of energy of his father on whom he depended to an extraordinary degree.”

At trial, a clinical psychologist testified that when the man tried to commit suicide, he was suffering from a major depressive episode that would have clouded his thinking.

Since the 2018 collision, the psychologist said he had treated the man, who had made major strides in overcoming the depression. When asked whether it was likely he would try to kill himself again, the psychologist said the risk of that happening was low, testifying “that the accused constituted more a risk to himself than to others.”

Guay writes that he was “puzzled” by that remark, since harming himself was what he had intended in the suicide attempt.

“It is not unreasonable to conclude that this 'risk' to the accused himself underlay what had and could under new circumstances again lead to a similar suicide event in the future.”

And in his testimony, the psychologist refused to say the man was “not in his right mind” when he drove at the transport truck, only that his depression would have played a role impairing his judgment

In the man's favour, Guay wrote, he is very remorseful for what he did, and during the trial he turned around to address the family directly to apologize. And he pled guilty to the charges of dangerous driving causing death and dangerous driving, and sought professional help after the tragedy took place.

However, the man was aware that he was struggling with his mental health, and even told his sister the day before that he would seek clinical help.

“Instead of doing so, he decided to go to work that day,” Guay wrote. “At some point during that day he made the decision to continue with his suicide plan.”

While depression is a serious illness, the man wasn't suffering from a “severe mental illness such as schizophrenia, schizoaffective disorder or bipolar disorder at the time of the accident.”

“The courts have not taken depression, even serious depression, as a major mitigating factor in sentencing,” the judge wrote.

“Sentencing courts have, however, been directed by our court of appeal to consider mental illness as a mitigating factor in sentencing.”

Guay said the evidence before him didn't prove the man didn't know what he was doing when he tried to kill himself. The fact he involved others was reckless, and impacted an innocent family in a severe way.

“One of them is now dead, while two others are to endure disability and loss of quality of life for the rest of their lives.”

The Crown sought a jail sentence of 18 months, while the defence wanted 18 months conditional sentence with probation.

Guay settled on 15 months in jail, followed by three years of probation, mandatory counselling, a one-year driving ban, after which he is only allowed to drive for work purposes until his probation ends.

He also has to perform 150 hours of community service for groups involved in either mental health or road safety.