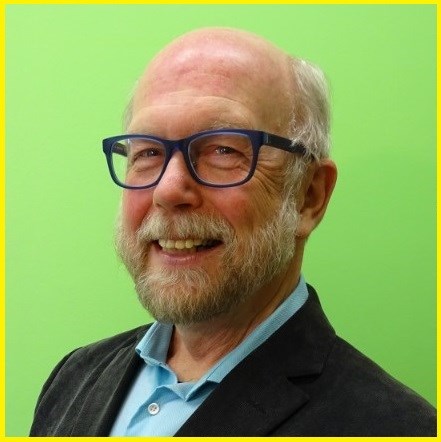 A professor of geography for 26 years, Bill Crumplin has become very aware of human caused environmental problems.  He is extremely concerned about the negative impacts that our fossil fuel-dependent industrial agricultural system has had on the environment.  To Bill’s frustration, the other political parties appear to be paying only lip service to solving environmental issues.  He feels we no longer have the luxury to delay solving critical problems and that the environment must be considered first and foremost in any new program or initiative.

Ontario’s near north has become ingrained in Bill’s personality.  He has lived in northern Ontario since 1994 (Sault Ste. Marie) and in Sudbury since 2003.  Bill’s affinity for the north comes by the way of time spent every summer in the mid ‘60s to early ‘70s as a teen visiting two uncles who worked for INCO.  Bill recalls many late August days swimming at Meatbird Park in Lively and recalls the construction of the Superstack.

Bill feels strongly that citizens should mae lifestyle changes so that the generations coming after us can enjoy a healthy life complete with a nourishing, natural environment.  He believes in the Indigenous concept of acting with the next seven generations in mind.  To Bill, a major part of this philosophy is the concept of the precautionary principal: if there is no proof a development will be safe for people and the ecosystem it then must be postponed until supporting evidence is available.

In 2013, Bill received the Service to Ontario Geography Award from the Ontario Division of the Canadian Association of Geographers (CAGONT) for his dedication toward promoting geography in the province.  Bill served two terms as the President of CAGONT (2004-10).  Bill has been acknowledged several times for his dedication and contribution to student success by Laurentian University’s Centre for Academic Excellence, and in April, 2018 he was the Laurentian University winner of the Ontario University Students Alliance’s  Teaching Excellence Award.

Bill is a past member of the Sudbury and District Obesity Prevention Panel (2005-09), the Greater Sudbury Food Advisory Panel (2015-16), and past member and vice-Chair of Board of Directors of re-Think Green (2014-16).  Bill was also an invited member of the City of Greater Sudbury’s Downtown Community Improvement Plan Committee (2005-09).  In 2014, Bill created “Earth Tracks”, a weekly two-hour radio show organized around environmental themes. “Earth Tracks” is broadcast on Laurentian University’s CKLU FM station, Wednesday afternoons between 12 and 2 PM.

In 2016, Bill suddenly lost his wife to a rare condition.  He was also subsequently diagnosed with cancer.  These personal experiences have reinforced Bill’s concern that we must put the health of our environment first because human health is closely tied to that of our immediate ecosystems and the planet at large.  Bill has been cancer-free for two years and consequently, he relishes time with his family, friends and students, writing poetry, drinking craft beer and values each sunrise and sunset, knowing that life is a precious gift.

Bill has three adult stepchildren and five adult nieces and nephews and five young great-nieces and nephews.  He is a pet owner and loves to experience nature.  He has recently taken up acrylic painting and led a paint social for Laurentian University’s School of the Environment Student Association.

Bill Crumplin has never sought public office before, and is looking forward to engaging with voters and the other candidates in the Nickel Belt.