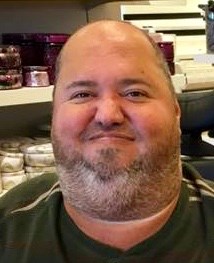 I am a disabled Canadian. I've been in a wheelchair for three-quarters of my life. And yet I still hope to walk again…one day. It won't be today or tomorrow. It might not be for a decade or more but, regardless of the wait, I refuse to give up on the dream. I live on hope.

And so do most Northern Ontarian's.

Not everyone up here is hoping for a medical miracle. Some hope to get out of debt. Others hope for clean drinking water. There are a lot of frustrated hopes in the North: a living wage, quicker access to health care, drivable roads, more jobs, better opportunities for the young people, the list goes on and on.

Hope is a great thing. It helps us through hard times and lets us focus on a better tomorrow. But what if we're hoping for a better tomorrow? What if we've been given false hope time and again? How are we to keep going when cynicism is the order of the day…when we can't trust the people who are elected to make things better?

Politics is where hope goes to die. Catering to everyone means pleasing no-one. For every partisan crowd cheering a politician there are hundreds of voters at home seething with disappointment.

We at the Northern Ontario Party know we can't please every voter. Even though the North is relatively small in terms of people there are still large differences amongst us. While we may share broad regional grievances we're each unique. One Northerner might stress over our ridiculous hydro prices while another longs for tax cuts, others want stronger laws to protect the environment at the same time as their neighbour prefers less government restrictions.

Regardless where you sit on the political spectrum, however—on the right, the left, or in the centre—hope keeps you voting. Hope that the politicians will finally follow through on their promises. Hope that your party of choice remains true to their principles and doesn't give in to political expedience.

Unfortunately Northern Ontario has been betrayed. Time and again we vote and are disappointed in the results. Not only is our province dominated by Toronto-area politicians but even our own representatives sit shackled, unwilling or unable to help the people that voted them in.

Traditional parties have tried and failed. Vote PC, Liberal, or NDP. They are all the same: willing to say anything, promise anything, believe anything…so long as it gets them elected.

The NOP is different. Our goal isn't just to get into power. We want to provide hope to Northern voters. Win or lose the Northern Ontario Party stands for the North. "Of the North, for the North," that's us.

Not only are our politics different—we are different. We operate in a unique way:

Every other party has "whipped" votes…we don't. Our elected MPPs will be free to vote their conscience on every issue. The NOP believes that voting in the best interest of their riding is an MPP's duty.

Every other party tells you what they'll do if elected…we don't. Instead we want you to tell us what's needed. Call, email, heck send a telegram, just get involved. We want our citizens engaged, and not just at election time.

An informed and active electorate is Northern Ontario's greatest natural resource. We hope to see an end to apathy in the North, we hope to work with the public, we hope that come June 7, 2018 you'll consider voting NOP!

Give hope a chance.

Matthew Del Papa is a writer, editor, and publisher. A lifelong resident of Capreol Ontario, he is a graduate of Laurentian University and the past president of the Sudbury Writers’ Guild. An avid sports fan and a rabid science fiction nerd, he describes himself as a “modern Northerner—as equally skilled at building a fire as a webpage”. His interest in politics was fostered by geography—he grew up with two MPPs and an MP as neighbours.

Matthew has six books currently in print—all focussed on small-town Northern Ontario—and is working on his seventh. His work has appeared in magazines, anthologies and local newspapers (the Capreol Press, the Valley Meteor, and CapreolOnline). He currently contributes a bi-weekly opinion column to his hometown newspaper, The Express.