Don’t underestimate the power of a smile, says volunteer (and new Canadian)

Meet Margo Fey, who moved across the pond from the U.K. to be nearer her children and grandchildren, and brought her volunteer ethic with her
May 27, 2020 12:00 PM By: Marlene Holkko Moore 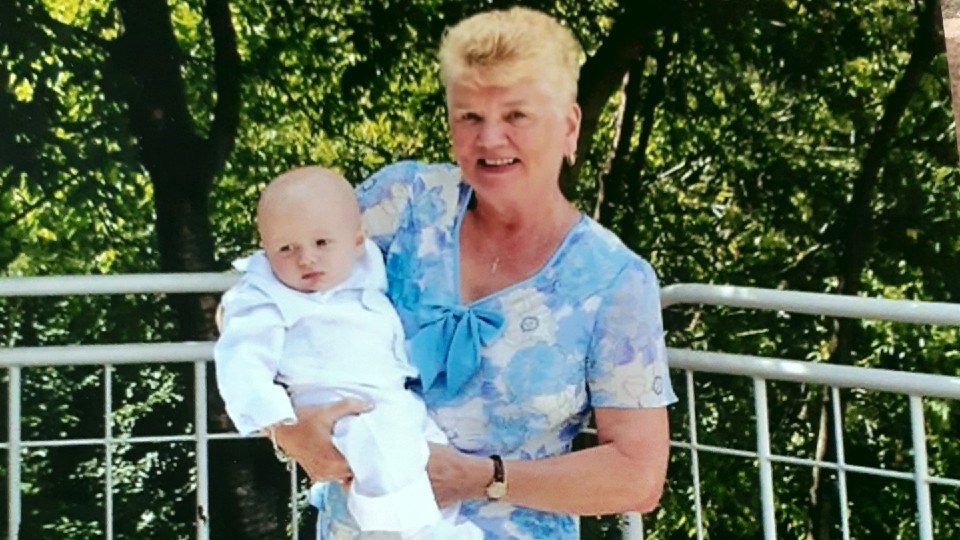 Finlandia volunteer Margot Fey has been living in Canada for the last eight years, and she is particularly happy to spend time with her family, including Brooks, one of her five great-grandchildren. (Supplied)

A relatively recent immigrant from Britain, Margot Fey lives, works and volunteers at Finlandia Village. Shortly after emigrating to Canada to be closer to her grown children, she moved into a beautiful apartment, accepted a part-time job and found a perfect way to lend a helping hand to fellow residents at the village.

Fey grew up in London during World War II.

“My father was a grenadier guard with the British army,” she said. “The entire country suffered immensely from wartime attacks and our family was no exception. Our childhood ‘playground’ was the ruins left behind when the city was bombed to pieces by the German Army in 1942.”

At 19, she married Anthony Fey. Her new husband, who was five years older, had just completed his national service in Cyprus and after the war gained employment as a design electrical engineer. They raised two children, Jacqueline (Jackie) and Alan.

Fey’s own career started early in life. Upon leaving high school, she secured a clerical job and subsequently worked in the civil service as a catering department supervisor.

“We provided subsidized meals daily for about 600 government workers.”

Within the next few years, she launched her profession as a receptionist with a large medical practice in London and remained with the organization until retirement some 20 years later.

“With upwards of 19,000 patients, it was a very busy office,” Fey said. “Most patients were elderly, and I noticed that many of them who came to see the doctor also wanted just to talk to someone. Older people often live alone and miss the human interaction and conversation with others.”

That observation sparked Fey’s creative plan to give back to the community. She used a clinic room to host afternoon tea for about 20 retired and elderly patients — a place where they could mingle, share memories, and simply enjoy one another’s company. During these casual two-hour get-togethers every other Friday, activities often included quizzes and entertainment.

“A few times a year, we also hosted meals on special occasions.”

Fey is proud that the Friday Club she established is still going strong some 15 years after its inception.

“When you volunteer, you can meet some quite fascinating people. They come from all walks of life and often from faraway places,” Fey said. “One Polish-Jewish gentleman in the club had lost his entire family in the Holocaust. Escaping to South Africa, he himself had been imprisoned for six months in solitary confinement. I learned that he had published a book on the topic of apartheid. He also showed me a photo of him shaking hands with Nelson Mandela.”

Fey’s son, Alan, registered for an apprenticeship program in Canada at age 17. When he returned home to England a couple of years later, he told his parents he loved Canada so much that he wanted to live there permanently. And, he had become engaged to Leslie, a young woman from Northern Ontario. When they married, they established roots in Thunder Bay. Eldest son, Tony, is a senior manager with Gardewine Sudbury, while Christian works at Enterprise Rent-A-Car in North Bay.

Alan is a longstanding member of the local Masonic Lodge, and his two sons have carried on the family tradition of volunteerism. Both serve as Masons and Shriners in their respective communities.

Fey’s daughter, Jackie, followed her brother’s lead, also emigrating to Canada. She and her husband, Charley, currently reside in Greater Sudbury, where she is employed as a personal support worker at Finlandia Village. Their blended family consists of Scott, Charlotte, Jason, Kary and Andrew.

With both of their adult children living across the pond, Fey and her husband had hoped to move to Canada from London decades ago, but when the time came her husband’s grave illness “made it impossible to travel, let alone relocate.” After many years of caring for Anthony, he passed away in 2010.

When she retired from the doctor’s medical practice in 2011, Fey decided to make the move to Sudbury to be near her two children and their growing families. It was a big step for her to take on her own, but everything worked out very well.

“The winters, though, were a bit of culture shock!”

Fey works part-time in Finlandia’s dining room. The pandemic precludes residents from enjoying mealtimes together, so their food is prepared, packaged up and delivered to each apartment. “Hopefully, the pandemic will soon be over. People need the company of others, and we’re all feeling a sense of isolation.”

Although not one of Finlandia’s team of talented bakers, Fey often participates in their popular fundraisers.

“Pulla, a delicious traditional Finnish coffee bread, just flies out the door at these events.”

At the last Mayfair, more than $10,000 in sales of pulla happened in less than two hours.

“Finlandia’s bakers are mostly all volunteers, and what an incredible contribution they’ve made all these years.”

Fey has enjoyed living, working and volunteering at Finlandia. For the last ten years, she has helped escort residents to the village’s beauty salon.

“All the girls look forward to Wednesdays when the hair stylist comes in to do their hair. No matter what age, women feel good with a nice wash and set. I receive so many gestures of appreciation from the residents. It makes my day to know I’ve made their day a little brighter.

“With the COVID-19 pandemic, life is certainly a different reality, but we must all be grateful for what we have and realize just how little we really need to be truly happy.”

Fey emphasizes how important it is to remain active. She participates in Thai Chi and Acquasize classes and takes long walks to keep physically strong and to maintain a clear mind. In fact, she routinely walks the two-kilometre trek to Costco and then takes the bus home laden with groceries. “A long walk is invigorating! It’s important to keep fit because it helps you stay healthy and active.”

The biggest reward being a volunteer is knowing what you’re doing is worthwhile and making someone smile means so much. Helping someone less fortunate than you makes them grateful despite whatever it is they have to deal with.

Volunteering and living a healthy lifestyle will help keep you physically and mentally agile, and that can contribute to a happy, fully independent life well into your senior years. Always be grateful and happy for what you have.