Are you one of the millions of Canadians who take a nutritional supplement? Most of us do without ever considering whether the expensive pills, powders and liquids are really beneficial to our health at all
Sep 1, 2020 12:00 PM By: Jay Lamothe 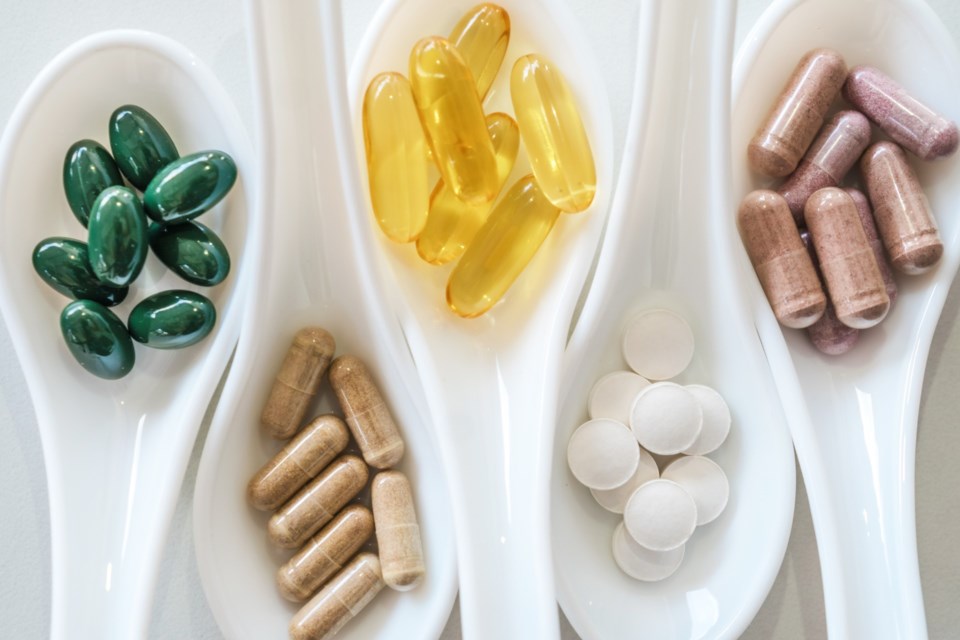 Everyone wants to be as healthy as possible – this is pretty much a given.

The achievement of this goal, however, will earn a few arguments. Often discussions about the best way to be your healthiest become aggressive, with devotees ignoring other advice, and those who aren’t quite sure what to do trying everything under the sun.

Supplements, in the form of vitamins, minerals, and fish oils, are what many turn to as an easy addition to their healthy way of life. In fact, according to a Statistics Canada report from 2015 (the last year the information is available), 45 per cent of Canadians over the age of one year took at least one nutritional supplement.

Also according to this report, use of these products begins in childhood, with as many as 45 per cent of those aged one to three and four to eight taking nutritional supplements, dropping to 36 per cent for those nine to 13.

Not surprisingly, the lowest number of users came from those between the ages of 14 and 18, but then use spikes once again as those children enter adulthood, and continues to climb from there. Not only are women more likely than men to incorporate supplements into their lives, but even more so as they age, with almost two-thirds (65.1 percent) of women aged 51 to 70 years adding them, compared with 42.5 per cent of men.

Interestingly, Statistics Canada continued to analyse their data and found something they did not expect. While they posited that the highest number of consumers of supplements like vitamins, calcium and fish oils would be low-income Canadians — those who cannot afford a diet as diverse as is encouraged and hoping to counteract that — that isn’t what they found. It’s those on the higher income scale that tend to purchase supplements.

So the question becomes: why are so many people investing in supplements?

Ashley Hurley, a member of the City of Lakes Health Team and a dietician for more than a decade, believes there are several factors.

“Many people highly value health and our society places most of the responsibility for maintaining it at the level of the individual,” she said. “They might see taking supplements as a quick and easy thing they can do to support their health. I think generally there is a perception that supplements are safe so people may also be willing to take them since they think there is no harm in it.”

Additionally, unclear reporting on health studies as they are released could cause some to grasp at whatever advantage they can find.

“Some people are certainly influenced by reports they hear in the news,” Hurley said. “The concern with this is that these news stories are often reporting on individual studies rather than an overview of all available research. Unfortunately, this leads to conflicting headlines and creates the perception that things are always changing, or that the science can’t be trusted.”

The bottom-line from Hurley’s perspective is clear: “Most people do not need daily supplements.”

Though some may benefit, depending on the supplement, that is a choice to be made by their physician or primary health care provider. If you are thinking of adding something to your routine, it’s best to work with someone who understands the science, as well as your medications and unique health concerns.

In fact, it can be downright dangerous to add a supplement without the advice of a professional. In 2017, Health Canada and the World Health Organization release their warnings about green tea extract, after a number of people suffered severe liver injury. Speaking with your physician can help to avoid issues like this, rather than trusting the opinion of others.

As Hurley puts it, “it might be wise to seek it (supplements) from someone who doesn’t have an interest in selling it to you.”

If you are looking to add a vitamin, mineral or other nutritional aid to your diet, Hurley advises a few important remembrances:

The nutritional supplement industry in Canada (worth nearly an estimated US$500 million) is not going anywhere, and neither is the need for Canadians to do their best to maintain a healthy body, especially with an aging population hoping to enjoy golden years without medical issues.

However, it is in consultation with your health care providers that you will achieve this goal, rather than trying to add every vitamin you encounter to your daily regimen. For some, this may seem a disappointment; for others, it just might mean you don’t have to swallow those horse pills anymore.

Jenny Lamothe is a freelance writer and voice actor in Greater Sudbury. Contact her through her website, JennyLamothe.com.