Science is self-correcting. Every mistake that is made and corrected deepens our understanding of the world around us, Dr. Thomas Merritt of Laurentian University tells us
Oct 29, 2019 12:00 PM By: Dr. Thomas Merritt 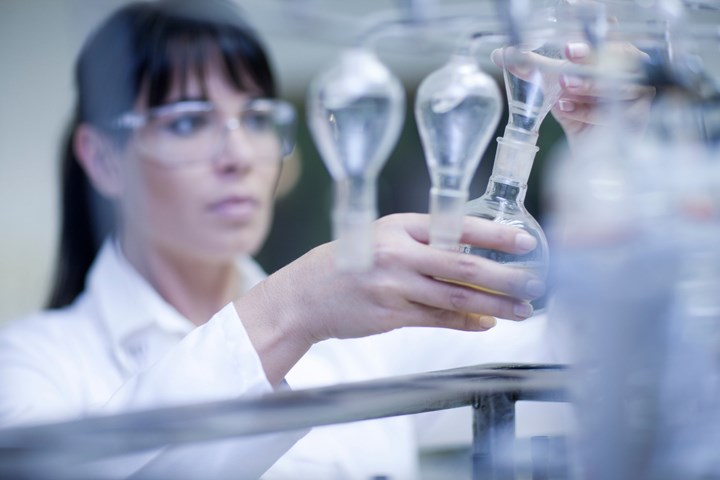 I’m a geneticist. I study the connection between information and biology — essentially what makes a fly a fly, and a human a human. Interestingly, we’re not that different. It’s a fantastic job and I know, more or less, how lucky I am to have it.

I’ve been a professional geneticist since the early 1990s. I’m reasonably good at this, and my research group has done some really good work over the years. But one of the challenges of the job is coming to grips with the idea that much of what we think we “know” is, in fact, wrong.

Sometimes, we’re just off a little, and the whole point of a set of experiments is simply trying to do a little better, to get a little closer to the answer. At some point, though, in some aspect of what we do, it’s likely that we’re just flat out wrong. And that’s okay. The trick is being open-minded enough, hopefully, to see that someday, and then to make the change.

One of the amazing things about being a modern geneticist is that, generally speaking, people have some idea of what I do: work on DNA (deoxyribonucleic acid). When I ask a group of school kids what a gene is, the most common answer is “DNA.” And this is true, with some interesting exceptions. Genes are DNA and DNA is the information in biology.

For almost 100 years, biologists were certain that the information in biology was found in proteins and not DNA, and there were geneticists who went to the grave certain of this. How they got it wrong is an interesting story.

Genetics, microscopy (actually creating the first microscopes), and biochemistry were all developing together in the late 1800s. Not surprisingly, one of the earliest questions that fascinated biologists was how information was carried from generation to generation. Offspring look like their parents, but why? Why your second daughter looks like the postman is a question that came up later.

Early cell biologists were using the new microscopes to peer into the cell in ways that simply hadn’t been possible previously. They were finding thread-like structures in the interior of cells that passed from generation to generation, were similar within a species, but different between them. We now know these threads as chromosomes. Could these hold the information that scientists were looking for?

Advances in biochemistry paralleled those in microscopy and early geneticists determined that chromosomes were primarily made up of two types of molecules: proteins and DNA. Both are long polymers (chains) made up of repeated monomers (links in the chains). It seemed very reasonable that these chains could contain the information of biological complexity.

By analogy, think of a word as just a string of letters, a sentence as a chain of words, and a paragraph as a chain of sentences. We can think of chromosomes, then, as chapters, and all of our genetic information — what we now call our genome (all our genetic material) — as these chapters that make up a novel. The question to those early geneticists, then, was: Which string made up the novel? Was it protein or DNA?

You and I know the answer: DNA. Early geneticists, however, got it wrong and then passionately defended this wrong stance for eight decades. Why? The answer is simple. Protein is complicated. DNA is simple. Life is complicated. The alphabet of life, then, should be complicated — and protein fits that.

Proteins are made up of 20 amino acids — there are 20 different kinds of links in the protein chain. DNA is made up of only four nucleotides — there are only four different links in the DNA chain. Given the choice between a complicated alphabet and a simple one, the reasonable choice was the complicated one, namely protein. But, biology doesn’t always follow the obvious path and the genetic material was, and is, DNA.

It took decades of experiments to disprove conventional wisdom and convince most people that biological information was in DNA. For some, it took James Watson and Francis Crick (http://www.pbs.org/wgbh/aso/databank/entries/do53dn.html), using data misappropriated from Rosalind Franklin https://www.nature.com/scitable/topicpage/rosalind-franklin-a-crucial-contribution-6538012/), deciphering the structure of DNA in 1953 to drive the nail in the protein coffin. It just seemed to obvious that protein, with all its complexity, would be the molecule that coded for complexity.

These were some of the most accomplished and thoughtful scientists of their day, but they got it wrong. And that’s okay — if we learn from their mistakes.

It is too easy to dismiss this example as the foolishness of the past. We wouldn’t make this kind of mistake today, would we? I can’t answer that, but let me give you another example that suggests we would, and I’ll argue at the end that we almost certainly are.

I’m an American, and one of the challenges of moving to Canada was having to adapt to overcooked burgers (my mother still can’t accept that she can’t get her burger “medium” when she visits). This culinary challenge is driven by a phenomenon that one of the more interesting recent cases of scientists having it wrong and refusing to see that.

In the late 1980s, cows started wasting away and, in the late stages of what was slowly recognized as a disease, acting in such bizarre manner that their disease, bovine spongiform encephalitis, became known as Mad Cow Disease. Strikingly, the brains of the cows were full of holes (hence “spongiform”) and the holes were caked with plaques of proteins clumped together.

Really strikingly, the proteins were ones that are found in healthy brains, but now in an unnatural shape. Proteins are long chains, but they function because they have complex 3D shapes — think origami. Proteins fold and fold into specific shapes. But, these proteins found in sick cow brains had a shape not normally seen in nature; they were misfolded.

Sometime after, people started dying from the same symptoms and a connection was made between eating infected cows and contracting the disease (cows could also contract the disease, but likely through saliva or direct contact, and not cannibalism). Researchers also determined the culprit was consumption only of neural tissue, brain and spinal tissue, the very tissue that showed the physical effects of infection (and this is important).

One of the challenges of explaining the disease was the time-course from infection to disease to death; it was long and slow. Diseases, we knew, were transmitted by viruses and bacteria, but no scientist could isolate one that would explain this disease. Further, no one knew of other viruses or bacteria whose infection would take this long to lead to death. For various reasons, people leaned toward assuming a viral cause, and careers and reputations were built on finding the slow virus.

In the late 1980s, a pair of British researchers suggested that perhaps the shape, the folding, of the proteins in the plaques was key. Could the misfolding be causing the clumping that led to the plaques? This proposal was soon championed by Stanely Prusiner, a young scientist early in his career.

The idea was simple. The misfolded protein was itself both the result and the cause of the infection. Misfolded protein clumped forming plaques that killed the brain tissue — they also caused correctly folded versions of the proteins to misfold. The concept was straightforward, but completely heretical. Disease, we knew, did not work that way. Diseases are transmitted by viruses or bacteria, but the information is transmitted as DNA (and, rarely, RNA, a closely related molecule). Disease is not transmitted in protein folding (although in 1963 Kurt Vonnegut had predicted such a model for world-destroying ice formation in his amazing book Cat’s Cradle).

For holding this protein-based view of infection, Prusiner was literally and metaphorically shouted out of the room. Then he showed, experimentally and elegantly, that misfolded proteins, which he called “prions,” were the cause of these diseases, of both symptoms and infection.

For this accomplishment, he was awarded the 1997 Nobel Prize in Medicine. He, and others, were right. Science, with a big S, was wrong. And that’s okay. We now know that prions are responsible for a series of diseases in humans and other animals, including Chronic Wasting Disease, the spread of which poses a serious threat to deer and elk here in Ontario.

Circling back, the overcooked burger phenomenon is because of these proteins. If you heat the prions sufficiently, they lose their unnatural shape — all shape actually — and the beef is safe to eat. A well-done burger will guarantee no infectious prions, while a medium one will not. We don’t have this issue in the U.S. because cows south of the border are less likely to have been infected with the prions than their northern counterparts (or at least Americans are willing to pretend this is the case).

Where does this leave us? To me, the take-home message is that we need to remain skeptical, but curious. Examine the world around you with curious eyes, and be ready to challenge and question your assumptions.

Also, don’t ignore the massive things in front of your eyes simply because they don’t fit your understanding of, or wishes for, the world around you. Climate change, for example, is real and will likely make this a more difficult world for our children. I’ve spent a lot of time in my career putting together models of how the biological world works, but I know pieces of these models are wrong.

I can almost guarantee you that I have something as fundamentally wrong as those early geneticists stuck on protein as the genetic material of cells or the prion-deniers; I just don’t know what it is. Yet.

And, this situation is okay. The important thing isn’t to be right. Instead, it is to be open to seeing when you are wrong.

Dr. Thomas Merritt is the Canada Research Chair in Genomics and Bioinformatics at Laurentian University.