What is the link between cannabis and psychosis? 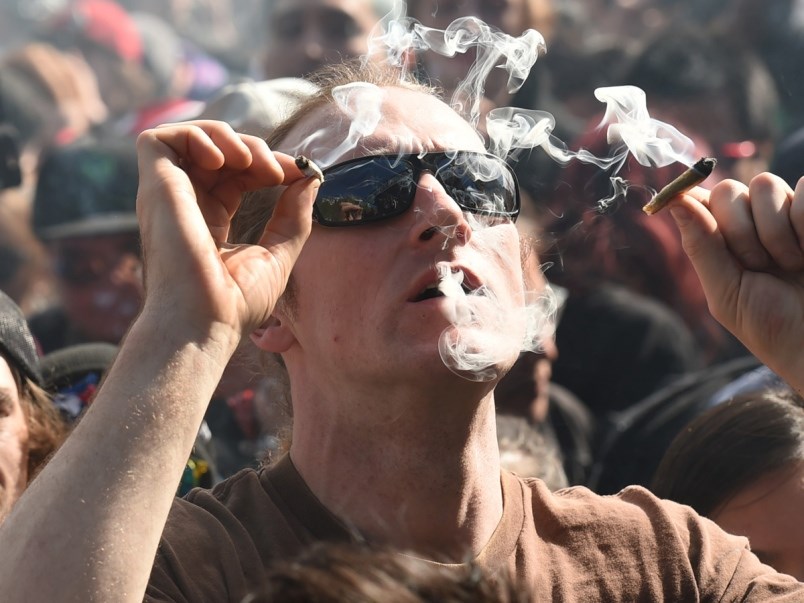 The dose makes the poison.

That’s a shortened version of a quote by Paracelsus (1493-1541), a doctor often referred to as a “Father” of toxicology – the study of the nature, effects, and detection of poisons. His teachings are that every medicine is a poison, and every poison, a medicine: it all comes down to dose.

With traditional medicines, dose is decided by research on the effects of certain substances, both on the general population, and the individual to be treated.

But cannabis has put a strain on this notion. While the number of studies is increasing, there isn’t enough research yet to fully understand its effects, even as patients successfully add cannabis to their treatment plans. But some are under the misconception that cannabis is safe and natural; unfortunately, cannabis can come with a downside.

For instance, you may have heard of an incident in 2018, a man accused of the murder and beheading of his father. Though he voluntarily pled guilty to the charge of murder, the plaintiff in the case added to the record his defense: cannabis-induced psychosis.

While this is a controversial opinion because it assumes a one-time induction of a psychotic state that spurred the event, rather than cannabis causing the onset of chronic issues, there is a need for concern around cannabis use, especially when it is not from a recognized source or when the dose isn’t properly considered.

Psychosis and cannabis have been linked for some time – more than a century, in fact. Psychosis is described as a disturbance in brain functioning that results in the sufferer feeling unsure as to what is real, and what is not. It can cause thought disorders, hallucinations – both visual and auditory – and delusions. Schizophrenia is, in its simplest description, chronic psychosis.

Cannabis is considered connected to schizophrenia by Health Canada, and in their cannabis Resource Series, they point to several risk factors, like the age of the person upon first use is important, especially if they are under 16.

As well, they state cannabis consumption by those with a family history of psychosis mean they are 2.5 to 10 times more likely to develop schizophrenia than non-users with the same family history. Also an issue is the frequency of use, and incorrect dosing – using too much of a high potency strain.

But while they are sure about some aspects, it is clear that there is much more research to be done. Even Health Canada is specific that while there is strong evidence that cannabis will increase your risk: “The exact underlying mechanism is still largely unknown…”

In June of 2019, Ian Hamilton, a specialist in Health Sciences from the University of York (UK) and Mark Monaghan, specialist in Social Policy at the University of Birmingham (UK) wrote an paper summarizing what has been understood so far, and what holes are left within the research surrounding cannabis and Psychosis – specifically Schizophrenia.

They described three hypotheses that are re-occurring in research. The first is direct, cannabis causes schizophrenia; that it would trigger the illness in someone who would not have developed it had they not been exposed to cannabis. The second is that individuals with a pre-disposition to schizophrenia use cannabis to mitigate its early symptoms, and that is why there is link.

A third suggests that one might have childhood trauma that could trigger schizophrenia in itself, then paired with the desire to medicate the effects of the trauma with intoxicants. They are not connected, but could be seen that way.

The issues with proving these hypotheses come in the measurement of data, done mostly through observation and subjective assessment.

Gaps in the current research include gender - as in many medical research studies, the sample groups are mostly male – and that the studies focus on western-world usage, skewing the data based on cultural influences.

There's also the role of tobacco. Currently, tobacco is also appearing as an independent risk factor for psychosis, and cannabis and tobacco are often used in combination.

In 2016, an estimated 192 million people worldwide used cannabis, and that’s before Canadian legalization; but that only brings cannabis to third in popularity, behind alcohol and tobacco. There is a need for cannabis and tobacco to be “uncoupled” for further study.

However, there is an ever-increasing number of conditions treated with cannabis, and because of this, there are many people looking for help without understanding the risk.

Sudbury physician Dr. Lionel Marks De Chabris has been prescribing cannabis to his patients since 2007, and though there are risks associated with cannabis as medicine, he notes that the risks of other medicines – specifically pain medicines like opiates – could be quite higher, while also less effective.

He has read the research available and says, in his belief, “cannabis doesn’t cause schizophrenia, but if you have a genetic risk for having schizophrenia – i.e. you may well develop it at some point in your life – and if you use cannabis, you can trigger that at an earlier age. That’s not trivial; Schizophrenia is a terrible, life-altering disease.”

He is careful to screen his patients for any personal or family history of psychosis, mental illness, and schizophrenia, and will advise those patients to refrain from cannabis completely. For others, he explains how to safely consume it.

Because most recreational consumers are looking for “the high,” many are looking to find the highest THC (the hallucinogenic compound, Tetrahydrocannabinol) possible, and then consuming extremely excessive amounts. Marks De Chabris points to this when it comes to issues of psychosis: it’s not the potency of the strain, it is the amount consumed that will hurt you.

He compares it to alcohol. You wouldn’t consider beer to be “better” for you than wine because of its lower alcohol content, you would change the amount you consumed. “It’s like when you ask for a glass of whiskey, you don’t ask for a pint. You ask for a single ounce.”

But dosing becomes difficult when the drug supply is from disreputable sources.  “I’ve spoken to patients who tried particularly some of the edibles that are currently illegally available that have huge amounts of THC in them,” he said. “I’ve seen edibles online that 150mg of THC in one little gummy – the starting dose for a naïve user is 10. So, one gummy has fifteen doses.”

Take one candy, and you could be in real trouble.

What you need to know

Thankfully, Marks de Chabris says most of them time the answer to over consumption discomfort and other unwanted side effects of cannabis is to simply go to sleep. He also notes: “If you’re feeling anxious, if you’re feeling paranoid and you understand that the reason for that is you’ve taken too much THC, just that knowledge can help to offset some of the fear around that excessive dosing.”

Of course, if you believe something much worse is happening, getting medical attention is your best chance, and one without risk now that cannabis is legal. “If it’s really bad… then going to an emergency department and getting some medication to help sedate you is reasonable, but that would be very rare.”

But he also notes the steady rise is consumption, and the lack of corresponding rise in psychosis.

“Over that same period, the rate of schizophrenia has not changed in fact it may have gone down a little. So, if cannabis was causing Schizophrenia, where are all the patients with schizophrenia?”

As for his safe consumption recommendations: Start low and go slow. Aim for low THC with at least some Cannabidiol (CBD) to mitigate any unwanted effects, and wait, as it takes a 30 minutes to feel the effects of smoking, and up to two hours for ingestion.

And while the research is ever-increasing, currently, safe consumption seems to come down to this: know your source, know yourself, buy informed and buy legally. After all, you wouldn’t buy moonshine from your neighbour’s bathtub without at least thinking deeply about your life choices.

Discover: The eerie smarts of dog vomit and other fascinating slime mold facts
Jun 16, 2020 12:00 PM
Comments
We welcome your feedback and encourage you to share your thoughts. We ask that you be respectful of others and their points of view, refrain from personal attacks and stay on topic. To learn about our commenting policies and how we moderate, please read our Community Guidelines.