Editorial: It’s time for the Nickel City to seize opportunities

Planning for future prosperity means taking advantage when we can; hoping for the best isn’t enough
Mar 30, 2017 12:00 PM By: Sudbury.com Staff 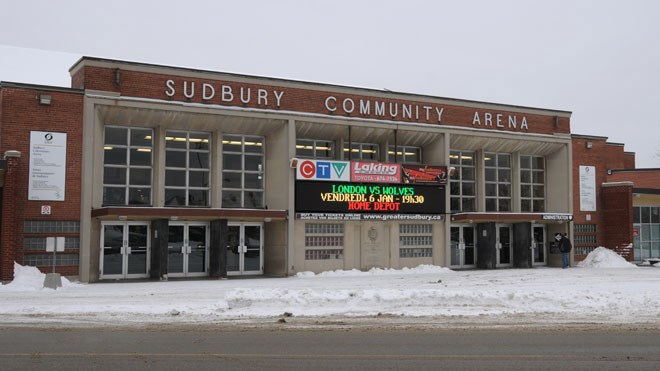 Whether you support council’s proposal to take on new debt in order to finance a few big projects could depend on whether you’re a glass half full or glass half empty kind of person.

For some of us, taking on new debt means assuming risk. For those on that side of the fence, the city should be channeling our tax money into more pragmatic items, the common refrain being “Fix the roads.”

And there is nothing wrong with that argument, nothing at all. After all, Greater Sudbury has a massive infrastructure deficit north of a billion dollars. To clarify though, that billion-dollar infrastructure hole only exists if the city were to bring all municipally owned infrastructure back to pristine condition, a notion that’s not only ridiculous, but also not something anyone is proposing.

That being said, fewer potholes and better roads are nothing to sneer at.

For those on the Assuming Risk side of this philosophical argument, keeping debt to a minimum and spending more pragmatically is the direction council should be heading.

That’s certainly a valid argument. Convincing taxpayers to borrow money to pay for an arena/event centre, a new art gallery and main library branch, a Francophone arts centre and a convention hall (the Synergy Centre project) is a tough sell. It’s hard to see the benefits, especially if you personally will get no use out of the new amenities.

And taking on additional payments when Nickel City taxpayers have seen their municipal property tax rates climb on average 5.2 per cent a year for the past decade — with no corresponding improvement to, for example, roads infrastructure — makes it an even tougher sell. (The increases aside, the city still has one of the lowest tax rates of any of Ontario’s 33 major cities.)

So what are the counter arguments? Why should we consider this as Seizing Opportunities rather Assuming Risk?

First of all, debt isn’t, in and of itself, bad, especially if you can use it to your advantage. The devil, as they say, is in the details, and the details of the debt financing Greater Sudbury can access are attractive.

And there are definitely benefits to the big projects, if you’re willing to broaden your perspective.

Obviously, big construction projects fuel jobs — for those working directly on the builds and for those supplying the materials. That money gets spread around. There’s new tax revenue generated by the completed projects, which means more money in municipal coffers and a bit of a cushion on future tax increases.

Sudbury’s projected population growth is small (like all of Northern Ontario really), but arts and culture infrastructure (like a new art gallery, new main library branch and Francophone arts centre) are big checkmarks for those considering whether to relocate to a new community. Plunking those in or near the downtown core is a draw for new residents and tourists, and will continue the downtown’s evolution.

And on the subject of tourists and tourism, a modern downtown convention hall would make Greater Sudbury a more attraction destination for conferences and the like. We’re losing far too many of these revenue-generating activities to our neighbours.

A new arena and event centre, especially one that incorporates a casino and potentially other amenities, would be a major draw for tourists from across Northern Ontario and possibly a little beyond our borders. It has the potential to be a major revenue generator.

When major acts are touring, a stop in Greater Sudbury should be a given, not an after-thought. We shouldn’t have to turn artists away because we don’t have the infrastructure to host them.

While it’s true not every Sudburian would use a new library, visit the Place des arts or go to the event centre, we all would benefit from their construction. New jobs, new tax revenue and new amenities are all good things.

And thanks, in part, to the prudence of previous councils, Greater Sudbury has excellent credit and is in a good position to borrow. As council was told Tuesday, the city could borrow up to $152 million and pay it back over 20 years at a fixed interest rate as low as 3.3 per cent — you can’t get much better deal than that.

In that light, debt can be used to our advantage for relatively little risk.

Like we said, there are good arguments on both sides of the question. But the bottom line is this: Maintaining the status quo brings stagnation, not safety. We can’t afford to be stagnant; we need to find creative ways to broaden our tax base and find new sources of revenue. We have to plan for the future, not hope for the best.

It’s time to seize the day.