Too many people still doubt the seriousness of the pandemic; the deaths at the Amberwood Suites retirement community should give them pause
Jan 22, 2021 12:00 PM By: Sudbury.com Editorial Board 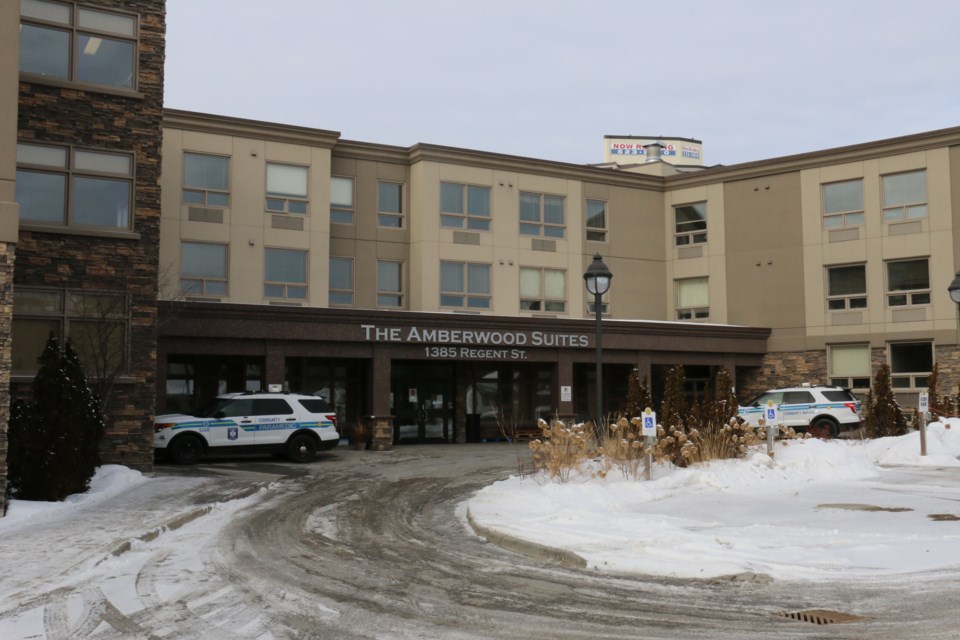 Canada, so far, has been spared the worst of what the COVID-19 pandemic can do to even the most advanced industrialized nations.

Our hospitals have been able to keep pace, ICU beds remain available and front-line health care workers have not had to make the awful choice of who gets a ventilator and who does not. So far.

Ontario has seen an alarming rise in the case counts starting in September and especially in December when the province saw cases spike such that in the first week or so of January 2021, daily cases were climbing by more than 3,000 a day.

Thankfully, daily new cases have fallen below that mark and have remained there for several days. It is hoped that trend continues, clearly.

But the trend of falling case rates does not tell the whole story because even as daily totals are falling generally, at least one-third of all long-term care facilities in the province are experiencing outbreaks.

One of the worst is at Roberta Place in Barrie, where not only has the new variant strain of SARS-CoV-2 been detected there, but nearly every resident (and dozens of staff) became infected within days.

As of this writing, 25 residents have died. In a matter of days. We can only imagine the horror residents, staff and loved ones are feeling as they watch this virus devastate the congregate community there.

The Greater Sudbury and Manitoulin Island areas remain relatively low in terms of case counts. But this month alone, three outbreaks have been declared at local LTC facilities. Two of those have been contained and case counts have remained low.

And then there is Amberwood Suites. Operated by Autumnwood Mature Lifestyle Communities, the Regent Street retirement home is the exception that proves the rule in terms of the pandemic: The virus can be contained, but if it gets loose in a favourable environment, it can spiral out of control very quickly.

Public Health Sudbury & Districts declared an outbreak at Amberwood on Jan. 5 after one resident tested positive. By Jan. 11, 19 residents and three staff were infected. By Jan. 12, 35 cases were reported, 32 of them were residents. Several residents were admitted to hospital, where two of them passed away.

The first death was reported just days later, on Jan. 15. The next day, Jan. 16, another resident died. Jan. 17, a third person died. On Jan. 19, Public Health reported a fourth death.

The death of a fifth resident was announced Jan. 21.

This is how quickly this virus can spread and kill when given the chance, even with precautions and protocols in place. We can minimize risk, but we cannot erase it.

When deaths were happening somewhere else, hours from Greater Sudbury, it would be easier to deny the reality of the situation. But with Amberwood before us and with five local families in mourning within days of an outbreak being declared, to refuse to accept the potential deadliness of our situation a person must ignore the evidence before them. It takes motivated reasoning and a willingness not to take that evidence at face value.

We extend our condolences to the families who have lost loved ones. The anxiety and fear of all long-term care residents and their families is very real and very appropriate.

We feel the successful efforts of most Ontarians to keep COVID-19 from running rampant have been a double-edge sword in that some people see the relatively low case counts as proof the pandemic is not much of a pandemic, rather than as evidence containment measures are working. To us, the evidence is clear: the virus is real, deadly and must be contained.

Wear a mask, wash your hands, keep your distance, limit your movements. Let us all do our part to keep our most vulnerable as safe as possible. The vaccines are coming. We can hold the line until then.

Editorial: We have to stop forcing police to serve as our psychiatrists
Nov 25, 2020 12:02 PM
Comments