Governing is as much about making decisions as it is about understanding the ramifications of those decisions and accounting for them.
0
Apr 20, 2015 3:46 PM By: Sudbury.com Staff 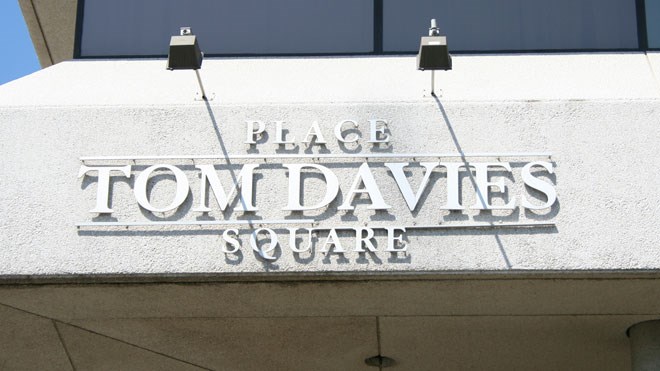 Thanks to new recording software package being added to the city's main 311 system – the main telephone number to access city services - in the future there will be a recording of that conversation.
Governing is as much about making decisions as it is about understanding the ramifications of those decisions and accounting for them.

That's why so much of modern politics has become about marketing and opinion polls — it's the science of figuring out what people want to hear and how to tell them about it so they'll listen.

Politics has taken cues from carnival barkers in this regard, delivering big messages in ways that make people take notice.

Although relatively new to the world of politics, Mayor Brian Bigger delivered a big message in a rather understated package last week.

It was in the form of a terse and unexpected email. Doug Nadorozny, the city's chief administrative officer since 2011, was departing. News outlets and city hall watchers immediately perked their heads up.

We suspect though that, for most people, Nadorozny's dismissal — or resignation — didn't even register. Most people don't know the names of the city's top senior managers, nor do they probably care all that much.

Most people really only care that they are getting the services for which their tax dollars pay.

Bigger's move to replace his top official could be considered the first major incidence of political manoeuvring in his short career. For the mayor to move his agenda forward, staff has to transform ideas into action, but it's the CAO who has to crack the whip and beat the drum.

If the mayor and CAO have competing interests or a personality conflict, that whip might not get cracked as hard as it should and it's the mayor who will end up looking ineffectual. So not only is the CAO's task to make an agenda a reality and oversee the day-to-day operations of an entire community, it's also, politically, about protecting the mayor.

Nadorozny and Bigger already had a contentious relationship, going back to the mayor's days as auditor general. They clashed repeatedly — sometimes during public meetings — when Bigger said lack of co-operation from staff was impeding his work.

Nadorozny's job history also crashed headlong into Bigger's accountability agenda. The Sudbury Transit ticket scandal happened under Nadorozny's watch, when he was the city's general manger of growth and development. No one was ever charged in the case and the city is still out $500,000 in missing money.

One of Bigger's marquee campaign promises is to make the forensic audit into the scandal public.
Given this complex history, Nadorozny's departure was inevitable and, from the perspective of the mayor's office, necessary.

Whether he was dismissed or resigned, we may never know. Although it seems likely it was the former, it doesn't really matter. What matters is the message it sends.
Those who pay attention to the inner workings of city hall wondered when, or if, Bigger would make his mark on Tom Davies Square. How he would do it was also a question.

This is it. Bigger has made a big, bold political move — his flag-planting moment. It sends a message to voters that when he said "accountability" he meant it, but it also sends a message to staff that there's a new sheriff in town.

It won't come without a cost, something Bigger likely understands. The CAO's salary reflects his level of responsibility and Nadorozny was well compensated. He made around $223,000 last year.

He will be equally well compensated for his departure, entitled to between 14 and 24 months of salary.

It's a sizable chunk to add to the $6-million gaping hole Bigger's tax freeze promise put in the city's reserve.

There will be another cost as well, though. Nadorozny was, by all accounts, a good boss. A friendly man who was popular with city staff. His departure won't endear the mayor to some of them.

Bigger likely understands this, too. And he made a calculated political decision, probably the right one. Time will tell.

He certainly sent a message that things have changed at Tom Davies.

And that's the message the majority of voters in this city were waiting for.