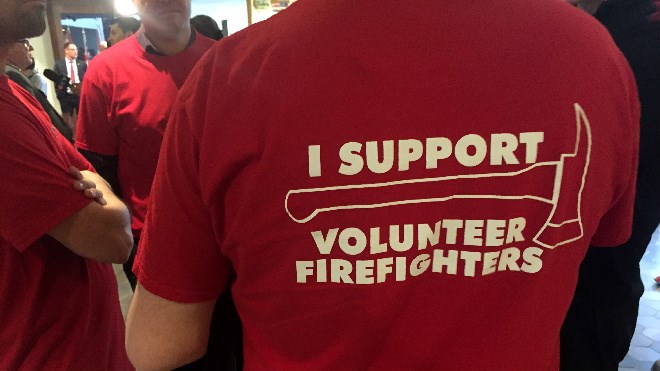 Our analysis of the fire optimization situation. (Supplied)

As Northern Life goes to press on Wednesday, we can’t react to how council decided to proceed, but what we can do is react to how we got here.

As we’ve written before, the public information sessions Fire and Paramedic Chief Trevor Bain held to share the proposal didn’t go over as intended. They were long, dry and maybe too heavy on detail. Broad strokes and context would have been more useful.

The city can take a heaping helping of culpability for people’s negative reactions.

As any public relations person worth his or her salt will tell you, a successful marketing campaign starts with a solid message: This product is better than that product and here’s why. Then you settle on the best way to get that foundational message out to the public.

The city, instead, went off half-cocked, appearing to be trying to sell something without establishing that foundational message first. Naturally, many people (and maybe most) got the wrong idea.

The city first should have laid out the reasons we need to look at our fire service and how it operates, because there are very good reasons for us to do so, even if the corporation did a poor job relaying that message.

Our fire service is actually not one single service, but a conglomeration of services inherited from amalgamation. No concerted effort has ever been made to transform this kludge of an entity into a single, streamlined service for a single, large municipality.

Aspects of the current model — as we have been told since at least 2015 — are ungainly and inefficient. In 2015, then fire and paramedic chief Tim Beadman told council the fire service runs an annual capital spending deficit of around $1 million.

And while career firefighters are called out regardless of a fire’s location, not every part of the municipality pays the same rate for the service, meaning taxpayers in the urban core of the city (where most of Greater Sudbury’s tax money is generated) subsidize the rural parts of the municipality.

Fire stations remain mostly where they’ve always been, even if those locations no longer make strategic sense.

The challenges of running a service that is a mix of career and volunteer firefighters also need to be ironed out. Greater Sudbury has not had a full complement of volunteers in years, partially because of tougher physical requirements, but other issues are at play here as well, including low population in some areas making recruitment difficult.

Despite what some have said, it isn’t an insult to say volunteer stations have slightly slower response times; it is just reality. These stations aren’t staffed 24/7, so the volunteers, as dedicated as they are, take longer to dispatch.

The city should have set the tone in how it marketed the public information sessions, so people understood up front what they were walking into (a meeting about the results of a council-mandated report on increasing fire protection city-wide) and what was being asked of them (to provide feedback on that report).

And it should have been ward councillors delivering that message, not the fire chief, who is now being accused of empire building and attempting to game the system to benefit career firefighters over volunteers.

Bain was instructed by council to show what he thought it would take and how much it would cost to deliver fire services to 90 per cent of the city within 10 minutes, and that is exactly what he did, provided an opinion.

The city is now reaping the whirlwind of that poor planning.

What’s more, the poorly conceived and poorly executed process opened the door for a ridiculous conspiracy theory to surface — helped along by Ward 2 Coun. Michael Vagnini — that the city has a secret agenda to leave rural areas out in the cold while funneling more money and services to the core of Sudbury, as if it were a given the city would conspire against its own citizens.

Greater Sudbury is far from perfect, but to suggest the city would deliberately endanger people’s lives insults the intelligence and, more importantly, insults the career and volunteer firefighters who literally put their lives on the line for us.

Let’s toss the useless conspiracy theories in the fireplace where they belong and focus on the fire service.