Judging purely on platforms — not on individual candidates or parties — all we can say about Thursday’s election is we hope a minority government is in the offing.
0
Jun 10, 2014 2:22 PM By: Sudbury.com Staff 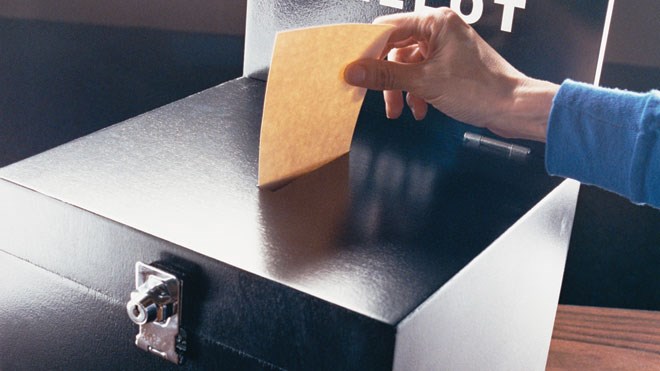 In the end, we could happily vote for many of our local candidates if it were a race of independents. It is not. It is a race for a political party to lead our nation. We think this country is at a crossroads. Supplied photo.

Judging purely on platforms — not on individual candidates or parties — all we can say about Thursday’s election is we hope a minority government is in the offing.

Although Northern Life normally endorses a candidate or party in an election, the platforms being offered by Ontario’s three major parties are so far removed from reality we can’t back any one of them.

Yes, there are some attractive promises on all sides, but they are wrapped in such patently unrealistic platforms they are lost to the impossibility of the whole. This whole election is wedge politics gone mad.

The promises are tailored to appeal to specific demographics: students, the unemployed, the over-employed, big business, mothers, seniors, socialists, capitalists and everyone in between.

The NDP is vowing to complete the four-laning of Hwy 69 in two years. Two years to carve nearly 100 kilometres of road out of Canadian Shield rock and swamp is ridiculous. They know it. We know it. So why promise it?

Andrea Horwath’s party says Ontario can save $600 million by creating a ministry of savings and accountability, but Ontario already has an auditor general to scrutinize spending and an ombudsman to provide accountability, so what is really being promised here?

Tory leader Tim Hudak is the premier who might have been. Between the NDP, the party Ontarians have not trusted since their first and only term in government in Ontario (from 1990 to 1995)), and the scandal-plagued Liberals, Hudak could have walked into the premier’s office by using a calculator.

Yet, he launched his million job march as a second act to a massive, blunt and arbitrary layoff, when he should have set it up as a carrot-on-a-stick aspiration.

And then there are the Liberals.

The Grits have an interesting notion about how to get Ontario out of deficit: spend a lot more money. And the Liberal plan has no shortage of spending in it.

Two things stick in our craw; first, the deficit projections and, second, their hopeless and expensive mismanagement of everything from E-health to gas plants. Between today and 2018, the Liberals would have us believe our deficit will rise from $12 billion to $17 billion and then somehow disappear.

This is not going to happen. We know that. They know that, and so does everyone else who cares to pay attention to these matters. So why proclaim it?

The only way to find something workable on election day is to shun a majority government. We are in the astonishing position of finding ourselves in support of an outcome where we wish none of these parties to be fully in charge.

Our faint hope is that the gulf between the Tories and the Liberals and NDP can help incubate new ground, sensible ground that includes the need to be financially prudent and socially accountable.

This time around, we recommend either “none of the above” or “all of the above,” but don’t give any one of them the key to the mansion. We don’t trust them on their own.

Of course to get to “none of the above,” we need to register our votes strategically.

Good luck to us. This is only the end of the beginning of the next election.