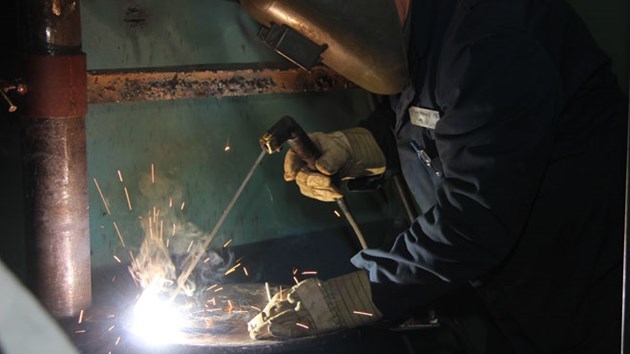 Something needs to change soon if the province is to avoid a shortage of skilled trades workers. Supplied photo.

For years, we’ve been told there is a serious trades gap in Ontario. We’ve been told that if something doesn’t change soon, the current shortage will become a gaping black hole.

Northern Life and Sudbury.com, seemingly every year, write about the trades gap.

And yet, after years of pushing the issue, of trying to drum up interest in the trades, of news media reporting on the shortage, Ontario doesn’t appear to be any closer to closing the gap.

This week on Sudbury.com, reporter Jonathan Migneault delved into the issue. And he, too, found not much has changed despite the myriad marketing campaigns and workforce reports aimed at closing the gap.

The average tradesperson in the region is 52 years old, fast approaching retirement. Meanwhile, as tradespeople approach the age when they will begin to leave their working life behind them, fewer young people are joining the ranks.

The 2011 National Household Survey showed that across Canada, some 67,000 young people held a trade certificates, compared to more than 100,000 older Canadians.

There are certainly problems with Ontario’s trades system, and the Workforce Planning report points this out.

For one, it’s hard to paint a clear picture of just how bad the situation is because of the way the province gathers trades data.

There are 156 registered trades in Ontario. However, of those, only 22 are classed as “compulsory” by the Ontario College of Trades. Compulsory trades require registration as an apprentice, journeyperson candidate or journeyperson. This means, basically, that we know how bad the situation is among some of the 22 trades, but there is a gaping hole in the data for the 134 trades not deemed compulsory.

The trades college itself isn’t without its critics. Launched by the Ontario government (and tasked with determining which trades should be compulsory), critics say the fees charged to tradespeople ($120 a year, as opposed to the $60 fee formerly charged every three years) are onerous and drive up costs for employers (particularly in construction), which in turn drive up costs for consumers.

For some trades — hairstyling, for instance — having data about the tradespeople working in the field isn’t that important, but for others, say electricians, it’s very important.

But oddly, hairstyling is a compulsory trade, while general carpenter, construction millwright and roofer are not. That doesn’t seem to make much sense.

What’s more, Workforce Planning argues that Ontario’s apprenticeship system makes it difficult — if not discouraging — for new tradespeople to get the training they need. Certain trades require higher ratios of journeypersons to apprentices than exist in other provinces.

A system like Ontario’s does not encourage companies, particularly smaller ones, to take on new apprentices, creating a kind of vicious circle that encourages the trades gap to widen instead of shrink.

And then there’s the cultural stigma. The thinktank Northern Policy Institute reports that for two generations, parents have pushed their children to get an education, to go to college or university, to get a “desk job.” Schools, particularly secondary schools, became training grounds almost solely for post-secondary education.

“Taking shop” became a pejorative term, a throwaway course for kids who couldn’t cut it — when nothing could be further from the truth. The school system needs to do more, much more, to demonstrate the benefits of learning a trade.

Now, Ontario is fighting against an overbalanced economy with countless over-educated, under-employed young people, and dozens of trades with aging journeypeople just begging for an influx of new, young blood.

The Ontario College of Trades seems to recognize this and is reviewing its apprenticeship ratios to make them more reasonable, but that review isn’t happening fast enough.