Using words like "toxic," "mind-blowing" and "paranoid," Robert Johnston dropped a bombshell last week. Johnston was Greater Sudbury's interim chief administrative officer from the beginning of May until the end of September.
0
Nov 23, 2015 4:54 PM By: Sudbury.com Staff 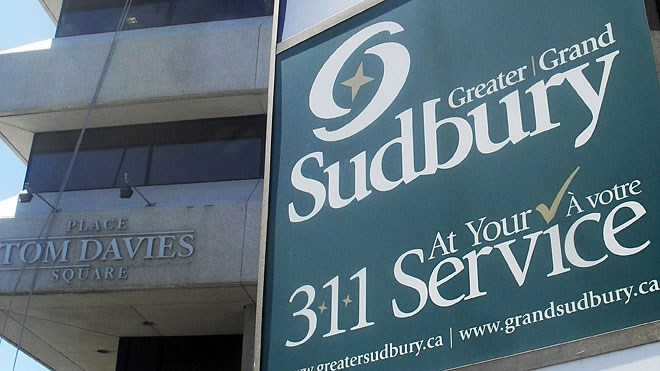 City councillors plan to hold a meeting sooner rather than later on whether the city should debt finance a number of longstanding roads and other projects. File photo.
Using words like "toxic," "mind-blowing" and "paranoid," Robert Johnston dropped a bombshell last week.

Johnston was Greater Sudbury's interim chief administrative officer from the beginning of May until the end of September. As one of the city's longest-serving and most successful bureaucrats, Johnston was brought in to find the outstanding $6 million needed to pay for Mayor Brian Bigger's tax-freeze promise.

Dismissed suddenly on Sept. 29, the media has been after Johnston ever since to talk about the experience, but he has rebuffed all requests.

Until last week that is, when he agreed to sit down with Northern Life and The Sudbury Star together. He had a lot to say.

Johnston described the work environment at Tom Davies Square as the worst he'd ever seen it. He said the mayor's office was paranoid about enemies and saw widespread conspiracies, and had a critical and negative attitude toward staff. He said mayor and council interfered with decision-making to the point they micromanaged instead of governed, costing time and money, and creating an environment in which staff are afraid to make decisions or tailor reports to suit the whim of councillors.

Johnston's insistence that the fire department is plagued with health and safety issues (something the firefighter's union, which is about to start negotiations with the city, disputes) since moving to a 24-hour shift schedule two years ago led to a blowout with the mayor that resulted in Johnston's sudden dismissal — a dismissal the mayor apparently wasn't allowed to hand down and a hastily called closed-door meeting of council was needed to authorize it.

For his part, Bigger, with support from former mayor Jim Gordon, said Sunday some pushback from staff should be expected because this council expects a higher standard of performance than staff are likely used to. He also downplayed Johnston's criticisms as just "one person's opinion."

Johnston may be just one person, but he's not your average city worker.

Broadly speaking, disgruntled former employees make poor sources for news stories because they are motivated to damage the organization they are criticizing. Here's the thing about Bob Johnston, though: He has a highly regarded career of more than two decades as one of the city's most successful senior managers; and he's staking his considerable reputation to speak out.

He may be just one person, but he's an impressive one.

If the accusations weren't coming from a man of Johnston's reputed integrity — a character trait source after source says Johnston possesses in spades — the dismissive opinions from Jim Gordon and the mayor would carry more weight.

What's more, the quiet, off-the-record thank yous we've received from city staff for the coverage confirm part of what Johnston had to say: That staff feel the work environment at city hall has grown toxic under Bigger's tenure.

Johnston insists his motivation is not revenge for being fired — he simply returns to his real job as CEO of the airport, after all — but concern for the health of city employees and the prosperity of Greater Sudbury.

We're not saying Johnston is right unquestioningly. But his stature and status coupled with the nature of his allegations demand further investigation.

Rumours that all was not well at Tom Davies Square have been circulating for months, but they were unconfirmable because no one was willing to risk their livelihood by speaking to media — until, that is, Johnston spoke up.

We're concerned that, when asked to respond to Johnston's allegations, only Ward 2 Coun. Michael Vagnini gave them any weight. He suggested an independent body be brought in to review the situation. The majority of council, including the mayor, was either openly dismissive or simply didn't return our calls.

This is not the openness and transparency that Bigger and this council were elected on, and that is particularly disappointing. After living through four years of dysfunction under the previous council, taxpayers voted for representatives they believed would help the city turn a corner.

What's more, the city is still without a permanent CAO. The search has dragged on for months and is likely to drag on even longer given Johnston's allegations — who would want to lead an organization with the problems he alleges exist?

Our massive municipality has some massive challenges. Addressing them is impossible in the environment Johnston describes.

These are serious accusations about your office and how it operates, Mayor Bigger. We hope things aren't as bad as Johnston contends, but simply saying there's no problem isn't enough.