This is our take on Federal Election 2019

The federal election is a disappointment, which makes writing the traditional election endorsement all the more difficult
Oct 16, 2019 11:53 AM By: Sudbury.com Staff 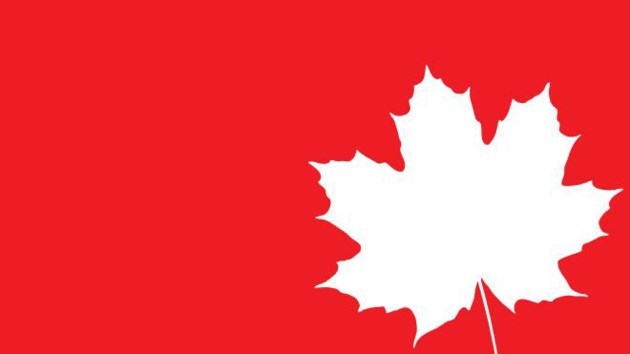 At the best of times, it is difficult to lead this massive experiment called Canada.

Our country is so big and our interests so diverse, we manage our political business with an untidy system of brokerage politics. We bring equalization payments to the Maritimes. We walk linguistic eggshells in Québec, while we ignore Ontario. We buy pipelines in Alberta and invest in oil spill mitigation in British Columbia.

Of late, we are confronting our Indigenous colonial history and the impact of substantial immigration from around the world. Often, to satisfy one constituency we offend another. All of this, of course, before you bake in issues from climate change to abortion and your view on taxation and pharmacare.

None of this is easy.

Adding to this Rubik's Cube, our neighbour to the south and our most important trading partner is having a nervous breakdown. They're launching trade wars (including with us) indiscriminately, questioning defence treaties with decades-old allies and playing footsie with enemies. They are impossible to predict and it is destabilizing.

The federal election is a disappointment, which makes writing the traditional election endorsement all the more difficult.

In fact, perhaps we should just stop calling it an endorsement. We’re not telling you how to vote. Vote according to your own conscience and values. Here, we’re laying out ours. This is our take.

Justin Trudeau does not have the character he has promulgated these last four years. Mr. Scheer, his main adversary, has made Trudeau’s character a central election issue. As he castigates the prime minister for being a fraud, it is hard to ignore that Mr. Scheer has faked his minuscule work résumé before politics and forgot to tell us he is a citizen of both Canada and the United States.

Mr. Scheer is no improvement. But nor is Mr. Trudeau the progressive savior he portrayed himself to be four years ago.

Of course, parties are much more than the people who lead them. Policy is, in practically every way, more important. And for us, one of the most important is the climate change file. It is essential we continue evolving a green economy that both mitigates the effects of climate change and balances our economic interests.

On the environmental front, although we talk a good game, the people of Canada are not prepared to make substantial sacrifices to fight climate change. Many of us make our living from energy or energy intensive industries and are affronted we should lose work or the riches it provides to save the planet.

While many of us are unwilling to make substantial sacrifices (and many of us still refuse to admit climate change is happening and must be dealt with), deal with it we must. This country can neither ignore climate change, nor pay it lip service as the Conservatives would do, nor proceed at the speed of the Greens or the New Democrats.

Politics is the art of the possible. That leaves the Liberals, who are promoting a climate plan that tries to strike a balance: putting a high price on carbon and returning the sacrifice with tax rebates, while not eviscerating our important energy sector. This strikes us as common sense, notwithstanding the tantrums from Jason Kenney and Doug Ford.

The Tories want to reduce taxes and substantially reduce government spending, the opposite of Justin Trudeau’s “investments,” which let’s face it, are deficits by another name. We applaud the change in direction, but the proposal to reduce government spending by six per cent while also reducing taxes is nonsensical. Like Doug Ford’s reality therapy, the cuts will bite programs and transfers that are critical to provincial and municipal jurisdictions. In short, they will hurt people, many of them vulnerable.

Plus, slashing infrastructure investment will impact Northern Ontario. This region needs federal funds to help build infrastructure — we only receive fractional benefit from the massive resource wealth generated in this part of the world. This is a bad idea for the North.

With polls showing Mr. Trudeau and Mr. Scheer now neck-and-neck in the race, a Liberal-NDP coalition seems a distinct possibility, a possibility Mr. Singh seems willing to talk about even if the Liberal leader is not. Whether that team-up supports a Liberal minority government or presents a united front against a Conservative one, such a coalition would not be a bad thing for Northern Ontario, either by ensuring we have a loud voice under the Liberals or by protecting our interests in the event of a Conservative win.

While there are some solid candidates running in Sudbury and Nickel Belt, all save the incumbents are untested. We just don’t know how they would fare in the pressure-cooker, piranha den that is Ottawa. For the NDP, Beth Mairs for Sudbury has chops in activism and community organizing that suggests she has a strong nose for policy, which is good. In Nickel Belt, Stef Paquette has the kind of charisma and personality that makes people like him, also an important skill for a politician.

When it comes to records of the incumbents, Marc Serré and Paul Lefebvre have done well securing federal investments in their ridings. Together, they fought for and secured $169 million for the four-laning of Highway 69. They’ve secured more than $200 million in infrastructure investments for their ridings, and helped boost FedNor’s budget by some $65 million. A Northern Ontario caucus of seven Liberal MPs that included our two local incumbents proved good advocates for the region.

No politician is perfect, but Mr. Lefebvre and Mr. Serré have a solid track record these past four years, and there’s no reason to think they cannot continue that good work over the coming four years.

This coming term of government is going to be tough. Climate change must be addressed with a realistic plan, all parties seem to at least agree on this, even if they differ over the specifics. If we are not part of the solution at minimum, we must not be part of the problem. Québec will have a resurgent sovereigntist movement with Bill 21 restrictions on religious symbols going to the Supreme Court eventually. It has already started with the resurgent Bloc Québecois.

The United States remains a question mark. They’ve yet to sign the new NAFTA agreement. Scheer has been nothing but problematic on this file in spite of the support of many experienced Tories in negotiating the new treaty. He brings next to nothing nothing to the table.

Alberta under Jason Kenney is going to be aggressive and destabilizing for the union. The Liberals while unpopular in Alberta have continued to fight for Alberta's unpopular (at least in parts of the country) pipeline while imposing an unpopular carbon tax.

Although reining in our debt is important, managing the flashpoints in this experimental union we call Canada over the next four years is of higher short-term importance. We forget how fragile this country can be without political savvy.

We think the Liberals while bruised and battered by various missteps are better equipped to handle these important issues for the country. On balance, we believe they should be returned to office.