Editorial: We have to stop forcing police to serve as our psychiatrists

Because Canada doesn’t adequately fund mental health services, police have become the stopgap for our failure to provide proper care
Nov 25, 2020 12:02 PM By: Sudbury.com Editorial Board 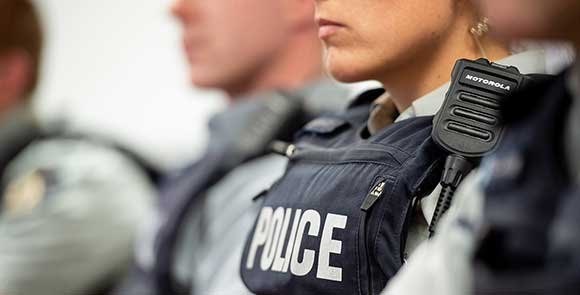 We expect a lot of police officers but to expect them to be psychiatrists, too, is a step too far.

Early Monday morning, Greater Sudbury Police responded to yet another mental health crisis call and, after hours of negotiation, resolved the situation peacefully. We have lost count of the number of these types of calls GSPS has responded to this year.

In May, Regis Korchinski-Paquet fell to her death from the 24th-floor balcony of her Toronto apartment building after police responded to a crisis call from her mother. A month earlier, D’Andre Campbell was having a schizophrenic episode when he was shot dead by Brampton police who had been summoned to his house on a wellness check.

In June, Ejaz Choudry, 62, Rodney Levi, 48, and Chantel Moore, 26, were all shot and killed after police were called to their homes for wellness checks.

Too many Canadians are dying because we are using police in the place of proper mental health care.

Canada used to force people with mental illnesses into institutions, but as our understanding of mental health evolved, those institutions came to be seen as something else: prisons for people who had committed no crime.

We closed them promising people would be better served and better treated in the community.

The empathy was there, but not the money, because from 1979 to 2014 (the latest stats we could find), spending on services for mental health in Canada fell from an already low 11 per cent to just seven per cent. Canada lags behind most of its OECD partners on funding mental health care.

Data from the Canadian Mental Health Association found only one in five Canadian children receive the mental health care they need, often enduring wait lists of a year or more. Mental health and substance abuse (which are very often linked, or comorbid) account for nearly a quarter of all spending on diseases, and more than that of all cancers combined.

In direct costs, that is somewhere in the neighbourhood of $42 billion a year. But that ignores the indirect costs, which account for more than $6 billion in taxpayer dollars annually. What are those indirect costs? Policing, courts, hospitalization, incarceration and disability payments.

This despite the fact the data shows funding mental health adequately actually pays for itself in increased participation in the workforce, lower policing and court costs, lower incarceration rates and fewer long-term disability costs.

That’s right, it would cost taxpayers less to treat people than it does to police people.

Without those publicly funded community resources promised decades ago, mental health care is beyond the reach of many Canadians, particularly those of lower income, which disproportionately impacts visible minorities.

And because so many Canadians are living with untreated mental illness, we are forcing police services to pick up the slack governments have left dangling.

Local statistics bear this out. Greater Sudbury Police Service has seen a massive jump in crisis calls and wellness checks in the past five years, responding to some 1,630 in 2019 alone.

Police services have tried to adapt. At its Kenora detachment and at other detachments, the OPP has teamed up with the Canadian Mental Health Association to send a mental health worker along with officers responding to crisis calls. Greater Sudbury Police operates in a similar fashion, but they are constrained by the fact a mental health worker is not available 24/7.

Like other police services, GSPS officers receive additional training on non-physical de-escalation techniques in order to manage crisis calls sensitively and to avoid the use of force. This proactive approach is not only the right thing to do, it is a necessity — police have no choice but to respond to calls for help.

But the simple fact is police are not psychiatrists and should not be used as such.

The fallout of our failure to fund mental health services adequately is this: far too many crisis calls or wellness checks are ending with the person riding in a hearse instead of an ambulance.

Some 460 Canadians died in police encounters between 2000 and 2017. For a full 70 per cent of those people, their interaction with police was because of mental health or substance abuse issues. And if you are anything other than white, your chances of such an encounter ending in your death are even greater.

Canada is already spending billions of dollars in indirect costs thanks to a health care system that focuses primarily on physical ailments while all but ignoring mental ones.

It seems clear from the data that if what we spend indirectly was spent in a targeted fashion not only would we be spending less money, we would be providing real help to tens of thousands of Canadians, while lowering addiction and incarceration rates, and ceasing to use police as the stopgap for government failure.

We are already spending the money. We are just spending it in the wrong place.