Editorial: We need to protect seniors from a gaping hole in our social safety net

Pretty soon, a quarter of Ontario’s population will be elderly and many don’t have the savings to fund their retirement
0
Nov 17, 2016 10:00 AM By: Sudbury.com Staff 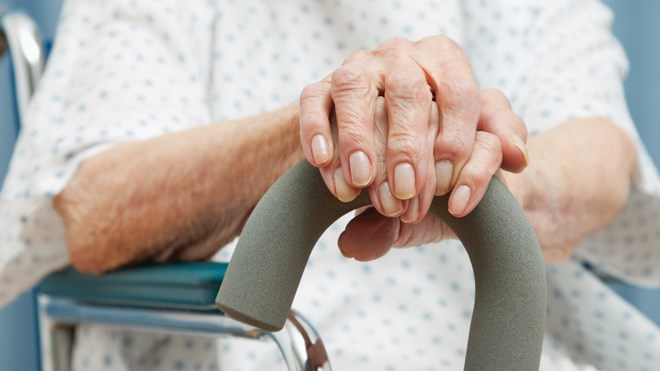 With the baby boomer generation moving into their golden years, Canada has a serious issue when it comes to providing affordable housing. Supplied photo.

When it comes to affordable housing, Canadian senior citizens might find themselves fighting to keep from falling through a growing hole in the social safety net.

If you haven’t read Darren MacDonald’s piece on social housing in Sudbury this week, you should.

In the Sudbury area, seniors over age 65 wait, on average, 3.24 years to get into social housing, by far the longest wait of any cohort on the waitlist.

It seems unfair those people with the fewest years left to them should have to wait the longest to get into affordable housing. But they do. And if all levels of government don’t work together to address the issue, the situation will get exponentially worse.

The aging bubble that is rising to the surface, and just beginning to burst, is unlike any the Western world has ever seen. When it finally pops, social services will be stretched to the limit trying to provide care to so many people.

Let’s give this discussion some perspective. In the most recent government figures, those age 65 and up represent around 16 per cent of Ontario’s population, about 2.2 million people.

Twenty-six years from now, that same demographic will have exploded to more than four million people. This means a full quarter of Ontario’s population will be elderly.

Whereas the Ontario projection is that by 2041 a quarter of Ontarians will be at least age 65, in the North it’s more like a third of the population.

Providing health care to that many people will be a challenge already. Keeping them as healthy as possible to minimize the financial and physical resource impact on the health care system must be a priority.

Stable, affordable housing for people on fixed incomes must be a key element to that strategy. People who can comfortably afford a place to live, eat better, have lower stress levels and, subsequently, have better immune systems. They’re just healthier over all.

And while Canada is an affluent country, there is a significant portion of our senior population living in poverty, some 600,000 by the latest count, most of them single, most of them women and many of them visible minorities.

Compounding this, according to a report from the Broadbent Institute, nearly half of Canadians 55-64 have no accrued employer pension, and most of those have retirement assets of just over $3,000.

Most don’t have enough money, even supplemented by government programs, to last five years.

For those with annual incomes up to $50,000, the average value of their retirement assets is $250.

There is a storm coming and for many Canadians — at least right now — there won’t be any shelter from it.

Nov. 22 is National Housing Day in Canada. On that day, the federal government will release the results of what it called a “national conversation” on a housing strategy. It won’t be a strategy itself (Canada hasn’t had a national housing strategy since 1993 when Jean Chretien’s Liberal government scrapped it shortly after taking office), just a statement of what Canadians’ priorities are when it comes to one.

Prime Minister Justin Trudeau’s Liberals, though, have made a first step. They plan on spending $1 billion over the next two years on affordable housing programs across the country. It’s a start, but little more than a stop-gap measure.

In the northeast, our Local Health Integration Network (LHIN) is aware time is of the essence, it seems. It convened an expert panel recently to identify needs and set priorities for social housing in this region. The City of Greater Sudbury, which has between 4,000 and 5,000 social housing units, has backed that plan.

In a report on social housing, the LHIN also said it’s important to take action while interest rates are as low as they are.

We’re facing a major demographic upheaval that is going to unfold steadily, gathering steam over the next two decades. There is time to put short-, mid- and long-term systems in place bridge each gap as we approach it.

But we need to act or there will be many, many people falling through some pretty gaping holes in our social safety net.