While Ontario needs new leadership after 15 years of Liberal rule, neither the NDP nor the Tories offer much with platforms that are either expensive or vague
May 31, 2018 10:00 AM By: Sudbury.com Staff 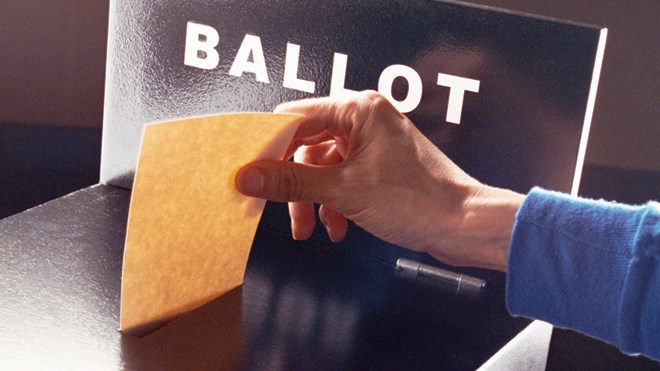 After 15 years of Liberal rule, it is time for a change, and change is what Northern Life is endorsing this election.

We will not be endorsing any one candidate. This is not because we don’t like the local candidates — the slate offers some solid choices, even if no one candidate stands out as singularly impressive. What we cannot support are the election platforms of the major contenders. Each one goes off the rails in significant ways.

Allow us to explain.

The Liberals began their impressive 15-year run promisingly enough, offering a kinder-gentler refuge from the startling pragmatism of Mike Harris’ Common Sense Revolution (itself a backlash to the five-year reign of the NDP's Bob Rae). They repaired the province’s relationship with teachers, enacted important (sometimes misguided) environmental regulations and took a more humanistic approach to social services.

But the older a government gets, the worse it gets … at policy, at communication and at management.

As premier, Kathleen Wynne took that kinder-gentler policy to new heights in the election of 2014, out-lefting the NDP. All she had to do was stand by as Tim Hudak self-destructed with his promise to lay off 100,000 civil servants, helping Wynne to a surprise majority government.

But the baggage piled up. Electricity costs were rising, and the gas plant scandal wouldn't go away. The sell-off of 52 per cent of Hydro One funded infrastructure spending, but resulted in an enormous backlash. The Liberals froze hospital funding, but didn’t change Dalton McGuinty-era legislation preventing hospitals from running deficits. When the Liberals raised the minimum wage, small business took it as a sucker-punch.

In Ontario, we are seeing some of the left–right polarization that we’re seeing in other parts of the world. It’s a gentler Canadian version, to be sure, but it’s there. In this election, there is no comfortable middle-ground to choose.

So far, with advance polling already underway, the Tories do not have a costed electoral platform, but they did put out a list of promises this week. Not only is this disheartening, it’s preposterous. They have no credibility to tackle the extraordinary spending proposals of both the NDP and the Liberals. On what basis can we assume the Tories are capable of tackling the debt or improving government efficiency when they are unable to present an electoral planning document. That they have no climate change plan — either carbon fee and dividend or cap and trade — sends the wrong message. Their ideological rejection of sex-ed courses is unwise and dogmatic.

On the other hand, the NDP, who believe in fighting climate change with a carbon tax and putting the proceeds to work, want to spend billions to buy back Hydro One for no discernible purpose. Party leader Andrea Horwath, currying favour with unions, has taken the position the NDP will never order strikers back to work. This public position hamstrings all provincial and municipal negotiating credibility. What happens if there's a garbage strike?

So we are stuck. The two contending parties have policy positions that confound us and yet we know it is time for the Liberals to take a term off. There is no one satisfying choice in the election for us.

And it's deficits all the way down, from the NDP, the Liberals and the PCs. Ontario owes more money (more than $300 billion) than the GDP of many entire countries, but that doesn't appear to be a concern to any of the major parties. Interest rates won't stay low forever. A reckoning will come.

And so we believe the best result for Ontario is a minority government of either the NDP or the Tories, in the faint hope that the excesses of one will be contained by the other. It is a faint hope, but our only one for a sensible result.

In Nickel Belt, it seems highly likely France Gélinas holds on to her seat by a comfortable margin. It’s not that she had little competition this election, it’s that she had virtually none.

None of the candidates in the riding — from a mainstream party or from the one-note competition like the Libertarian or None of the Above parties — seemed to campaign terribly hard. If you hope to unseat a popular MPP like Gélinas, you have to get up early in the morning and cover a lot of ground. This did not seem to happen.

An NDP government could be positive for the city as Gélinas stands a good chance of being in cabinet, which generally brings ancillary benefits.

In Sudbury, it’s a much different story. If the trend across the province holds true here, Glenn Thibeault faces a tough battle to hold onto his seat. As Energy Minister while the Liberals sold off a chunk of Hydro One, he bore the brunt of public anger for that decision.

But, as we did during Rick Bartolucci’s time as MPP and cabinet minister, Sudbury benefited under Thibeault. Friday funding announcements continued unabated. They will be missed by many local groups and organizations.

If the NDP form government, Sudbury and Nickel Belt have a better chance to benefit, and if NDP candidate Jamie West wins the seat, even better.

West seems like a hard worker and he’s affable enough, but we don’t know what kind of politician he’ll make. We just don’t know if he has the right stuff yet. In an NDP government, that won’t be as much of a problem. Under a Tory government, it could be.

The same story holds true for Tory standard-bearer Troy Crowder. He is a newcomer to politics and will likely be a backbencher if elected. That said, in a Tory government, he could shine. If he is elected and we have an NDP government, it could be a long four years

However it shakes out, this is a watershed election for Ontario. We will have a new government for the first time in 15 years.