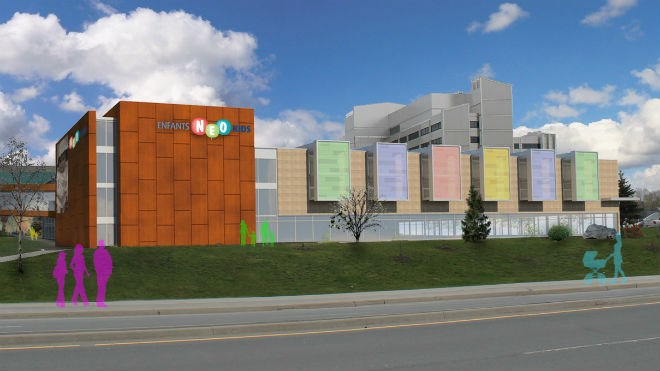 Last month, the Northeast Local Health Integration Network (LHIN) got behind the NEO Kids project to build a pediatric health centre for the North. File photo

Madam Premier, are you there? It's us, Northern Ontario.

Last month, the Northeast Local Health Integration Network (LHIN) got behind the NEO Kids project to build a pediatric health centre for the North.

We applaud that the LHIN backed the plan. But that it felt the need to require a higher standard of evidence for NEO Kids before arguing the health centre's case to the ruling Liberals is indicative, we think, of Northern Ontario’s historical relationship with higher levels of government — our sparse population and limited political clout too often means our needs are overlooked.

Clearly, the LHIN is aware of the North's outsider status and wanted to ensure the case presented was as solid as it could be. All data clearly shows the necessity of NEO Kids, but as we've seen before, data and need don't always factor into provincial decisions concerning Northern Ontario.

Case in point: There is a significant service gap in this province when it comes to pediatrics.

The south is — and this should come as no surprise — well-served in terms of pediatric services with three hospitals dedicated to kids: Toronto’s SickKids, Ottawa’s Children’s Hospital of Eastern Ontario and London Health Sciences Centre.

Meanwhile, the north's major hospital, Health Sciences North in Sudbury, has 10 neo-natal and 12 pediatric beds. You can count the number of pediatricians in this city on one hand — but as Northern Ontario’s major city, families from across the North are funneled here for care.

How are we to care for them with such limited resources?

Why, when rates of chronic disease and illness in northern children are higher than the national average and thousands upon thousands of northern families have to travel immense distances for care, do we still have to bow and scrape to convince Queen’s Park that Northern Ontario doesn’t just want a children’s treatment centre, we desperately need one.

Northern Life has used this data before, but, since we’re still fighting for NEO Kids, it bears repeating.

Northerners make more than 10,000 pediatric patient visits a year to southern hospitals — that’s 27 visits for every day of the year, and those numbers are growing. There has been a 14-per-cent jump in the number of northern children leaving the region for care at the same time as the number of pediatric consultations locally have skyrocketed 100 per cent (to around 190 a month) since 2010.

New pediatric referrals have doubled in five years. Rates aren’t shrinking or stabilizing; they are growing.

Northern children suffer cancer at a rate of 175 per million, considerably higher than 150 per million national average.

The rate of attention deficit hyperactivity disorder is through the roof. Eleven per cent of northern children have been diagnosed with ADHD, five per cent higher than the average. That's more than 12,000 kids.

More northern children suffer seizures, inflammatory bowel disease and asthma. The child obesity rate in the North is a shocking 33 per cent, when the Canadian average is 24 per cent. That's more than 36,000 children.

Rates of fetal alcohol spectrum disorder are off the charts in the North, so high, in fact, a good argument could be made that it is an epidemic. One northern child in 60 has FASD; the national average is one in 94.

When southern Ontario families have to travel for care, they travel, on average, 500 kilometres. In parts of the North (which is, as you can appreciate, geographically massive), that average is 1,400 kilometres.

Naturally, having to travel costs families thousands of dollars and raises family debt, creating both a financial and emotional burden that is unfair and unnecessary. Northern families shouldn’t have to mortgage their futures while fighting for the health of their children — that is unconscionable.

A child’s illness is not suffered by the child alone — it affects an entire family. It impacts society, as well, in higher debt loads and lost productivity. Better health care for all improves the health of an entire community.

Now that the LHIN has stepped up to the plate, the fight for NEO Kids is with Queen’s Park.

The ball is, in effect, in the court of the Liberal Party and the Minister of Health and Long-Term Care. Thankfully (we hope), the North has a handful of Grit MPPs to take up the torch.

Sudbury MPP Glenn Thibeault has said he supports NEO Kids and now that the LHIN has backed the plan, he can begin lobbying for it in the halls of power.

We hope he means it and we hope he's rallying his fellow northern MPPs to fight for it, too.

The battle to provide a place close to home where northern children can receive the care they need has the support of every major children’s hospital in Ontario, municipalities and First Nations across Northern Ontario, pediatricians and thousands upon thousands of northernerns.

The province has $160 billion set aside for infrastructure, transportation, schools and, yes, hospitals. Let's see if NEO Kids gets a piece of that very large pie.

For too long, northern children have been put on the back burner. The numbers speak for themselves.