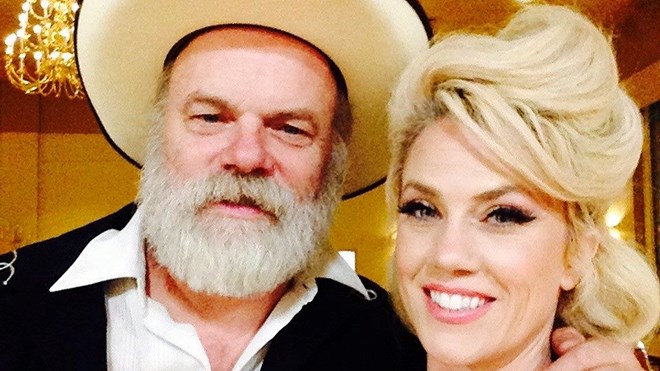 Fred Eaglesmith will be joined by Tif Ginn at Northern Lights Festival Boréal this July. (Supplied)

Half Moon Run will close out the festival on the Sunday night (July 7) after performances by Safia Nolin and Basia Bulat, and Fred Eaglesmith will be performing on various stages throughout the festival.

Half Moon Run has developed an international following over the years due to their unique sonic brand which flows seamlessly through a multitude of genres and influences, bringing us to new places with every song, said a press release.

From traditional acoustic based folk to ethereal indie rock with rumbling percussion, Half Moon Run manages to be experimental while remaining approachable. Even though their albums and recorded music continue to impress, their reputation as an amazing live act precedes them, leaving many audiences in awe of their ability to command a stage and engage the crowd.

Fred Eaglesmith and his alternative country stylings gives us a window into the life of someone who has really gotten to live it. Stories of the open road, struggles, triumphs, love, loss, rock bottom and peak success are what shape Eaglesmith’s music.

After all these years touring USA, Canada and Europe – having his songs covered by some of the biggest names in music and appearing on The Late Show with David Letterman – the enigmatic, countrified, rock n’ roll troubadour will be joined by Tif Ginn for NLFB 2019.

Together they are The Fred Eaglesmith Show starring Tif Ginn.

Tickets and information are currently available at nlfb.ca.