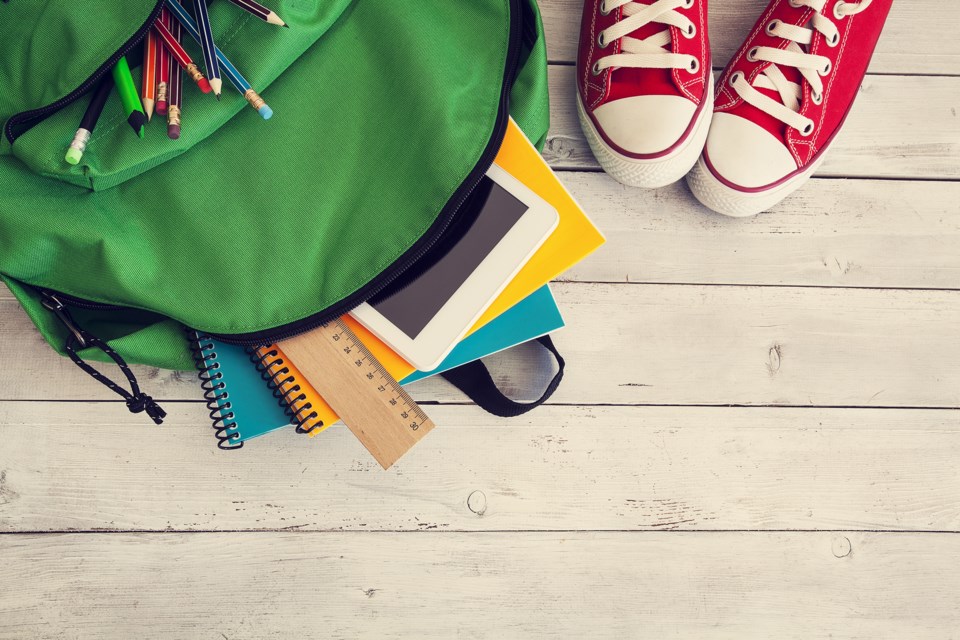 Good morning, Greater Sudbury! Here are a few stories to get you started on this Thursday morning.

The federal government is providing more than $380 million to bolster Ontario's back-to-school plan. The money comes as part of a $2-billion funding package Prime Minister Justin Trudeau announced this morning. Trudeau says provinces will decide how they spent the additional funds, and the Ontario government says about $70 million of the $381 million in new funding will be use to hire more educators. It says $30 million will go towards buying additional personal protective equipment, while $100 million will be put towards items such as extra custodial staff and remote learning tools. The province says $70 million will be spent on student transportation, with $25.5 million of that earmarked for helping to reduce the number of pupils on school buses. Premier Doug Ford's government has been under fire over its return-to-school plan, which will see no reduction in class sizes for students in kindergarten through Grade 8.

Helpers: Meet the woman who has chaired Capreol Days for more than 20 years

In our latest Helpers series story, we meet Lynn Mazzuca, who has chaired the Capreol Days committee since its inception. A deep sense of community pride drives Lynn Mazzuca’s dedication to her hometown. Having lived in Capreol all her life, Mazzuca believes that giving back is an important way to express appreciation to a town that has given so much to her and to her family. Mazzuca has created and co-ordinated several community projects, from major fundraisers  in the early stages of the Northern Ontario Railroad Museum and Heritage Centre, to chairing Capreol Days, the town’s main event for countless decades.  Among her many volunteer endeavours over the years, she has co-chaired the Capreol Business Association since 2000 and Capreol Days for the last 26 years. Like her parents, Mazzuca has always believed that you should give back to your community. “In a small town especially, it’s a way to keep local traditions alive and show your appreciation for all that the community does for you.

A familiar voice in the North, Martin Chapman, remembered

Friends and former colleagues of Martin Chapman are remembering him as the man who spent nearly three decades covering Northern Ontario news with a passion for CBC Radio in Sudbury. Chapman died Monday in Peterborough, Ontario after a battle with cancer. He was 76. The news of his death was revealed by his son Paul Chapman, a professional musician who grew up in Sudbury and now lives in Southern Ontario. Martin Chapman made a career of covering news for the public broadcaster, but his joy was playing bluegrass music and taking part in music festivals at country fairs across Ontario. Part of that passion was a regular music feature on CBC Sudbury called Martin's Melodies where listeners were invited to call in and comment on the tunes he had selected. Chapman was also known for his booming old-school style baritone radio voice when he did news reports and presented the morning and afternoon newscasts at CBC.

Despite no summer festival in July, the Northern Lights Festival Boréal team has been steadily planning new ways to bring live music experiences to the community.  The organization said in a press release it is thrilled to announce NLFB #49, a diverse and exciting presentation of festival programming in alternative formats.   NLFB is launching a two-part series in celebration of its 49th edition, with plans to re-introduce live music in ways that are safe, responsible and fun. As the kickoff event of the NLFB #49 programming, the organization will present a Patio Tour the afternoon/evening of Saturday, Aug. 29. Some of the north’s finest local musicians will visit local restaurants/bars for mini performances, entertaining patrons while they enjoy the finest food and drink the Nickel City has to offer.

The Fabio Belli Foundation isn’t sitting on hundreds of thousands of dollars it raised for a multi-sport dome built on the grounds of Lasalle Secondary School, said two of its board members this week. Michel Lariviere and Dino Moretta said it’s “hurtful” to think anyone would assume the foundation is keeping any money raised for that cause, after the Rainbow District School Board announced it was taking over full ownership and funding of the new facility, which opened in February for about four weeks. “This idea that we have $1 million we are sitting on is very damaging, and it’s hurtful considering all the work that has gone into this project,” said Moretta, chair of the board for the Fabio Belli Foundation. The amount the foundation had raised was inconsequential compared to what was required, he said, and any money collected will be put towards covering certain unavoidable foundation expenses and creating some bursaries for students, said Moretta. Through a corporate campaign, there were a few pledges from companies, but those pledges never materialized.

Northern NDP MPPs are speaking out against amendments to Ontario legislation that eliminates environmental consultation regarding the use of Crown and treaty lands. Members of the NDP Northern Caucus, including Sudbury MPP Jamie West and Nickel Belt MPP France Gélinas, sent a letter to Premier Doug Ford this week expressing concerns that Bill 197 tramples on First Nations rights. Bill 197, now the COVID-19 Economic Recovery Act, 2020, was passed July 21 after three days of discussion. It is designed, among other things, to speed up business development red tape to stimulate the economy in response to the pandemic. “Economic recovery should not happen at the expense of treaty rights,” says Sol Mamakwa, NDP Indigenous Relations and Reconciliation critic.