Good morning, Greater Sudbury! Here are a few stories to start your Saturday 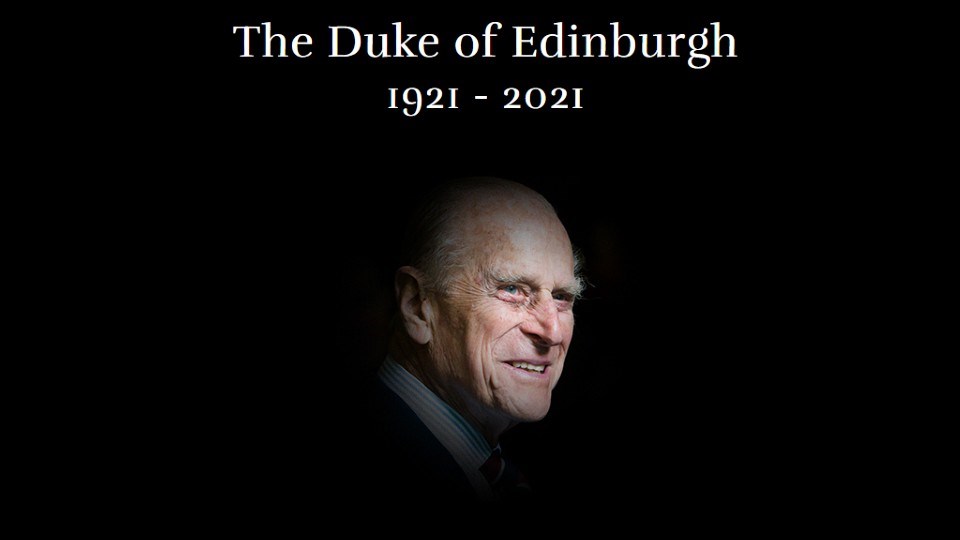 Good morning, Greater Sudbury! Here are a few stories to get you started this Saturday morning.

Prince Philip has died at age 99, Buckingham Palace has announced

Prince Philip has died aged 99, Buckingham Palace has announced this morning. "It is with deep sorrow that Her Majesty The Queen has announced the death of her beloved husband, His Royal Highness The Prince Philip, Duke of Edinburgh. His Royal Highness passed away peacefully this morning at Windsor Castle." The prince married the queen in 1947 when she was still Princess Elizabeth. She became queen five years later. The prince was the longest-serving royal consort in British history. Prince Philip had been battling health troubles for some time. In February he was admitted to hospital, spending a month there for treatment for a pre-existing heart condition.

Termination notices at Laurentian are going out April 12, union says

Laurentian University’s Faculty Association confirmed this morning that termination notices to those impacted by the struggling university’s restructuring plan are going out April 12. Fabrice Colin, the president of the faculty association (LUFA), confirmed that the association was notified this week that termination notices to faculty will be sent on Monday. A condition of the university’s restructuring plan is that a new labour agreement must be in place, Colin confirmed, though any details of the agreement or the job losses remains confidential under the terms of the CCAA process LU is going through now. The contract between Laurentian and its faculty ended as of July 1, 2020. Members are voting to ratify the new contract on April 13, a day after termination notices are sent out. The termination notices being sent out Monday are not just for faculty. Staff members will also be receiving notices, states a notice from the Laurentian University Staff Union (LUSU) that was provided to Sudbury.com.

A Val Therese couple scratched their way to a $250,000 lottery win. Sylvana and David Hamelin won playing Instant Crossword Deluxe. “I checked our ticket using the OLG Lottery App on my phone and then called David to come home,” Sylvana said, while at the OLG Prize Centre in Toronto to pick up their winnings. “I asked David to use his phone to check as well. We were shocked! Tears of joy all around.” The pair said they shared the news with their children through a group FaceTime chat. “Everyone was so happy,” Sylvana said. They plan to put their winnings toward a retirement fund and possibly purchase a cottage.

To date, 17 per cent of Canadians have received at least their first dose of vaccine

To date, 17 per cent of Canadians have received at least their first dose of vaccine, said the country’s minister of Public Services and Procurement. Anita Anand said Canada stands seventh in the G20 in terms of doses administered per 100 people., and that procurements and deliveries are accelerating rapidly. A total of 9.9 million vaccines had been delivered by end of March, and the second quarter will look much different, with 6 million doses expected in April, 7 million doses in May, with 44 million doses overall by the end of June, Anand said. “We have moved 22 million doses from later quarters to earlier quarters in the year, and we will keep working to aggressively push suppliers to deliver more doses earlier and earlier to Canadians,” Anand said. Dr. Theresa Tam, chief public health officer of Canada, said the race between vaccines and variants is at a critical point. The modelling prediction from two weeks ago, that forecasted a resurgence, is playing out in the data we see right now, with case counts plotting along the strong resurgence trajectory. “It’s clear we need stronger control to combat variants of concern,” said Tam.

A new initiative to have members of the public get a COVID-19 vaccine shot at the pharmacy has been in place in Sudbury for just over a week and appears to be working according to plan. The system was set up to complement the conventional vaccine program in Ontario by offering residents aged 55 and older the opportunity to visit a local pharmacy, similar to the way many residents have taken a flu shot in the past. The difference, said Shoppers Drug Mart owner Terry Bristow of Sudbury, is that vaccine recipients must book ahead, by doing an online inquiry. "The process in-pharmacy is almost identical to what you would have experienced if you received your flu shot in one of our pharmacies this fall. The main difference is that COVID vaccines are available by appointment only, whereas the flu shot was offered on a walk-in basis," said Bristow in an email interview. Residents can do a quick and easy search online by home computer or smartphone by entering their postal code. A search using a Sudbury postal code turns up several pharmacy locations in nearby communities in Northeastern Ontario, including Sudbury, Elliot Lake, Sturgeon Falls and North Bay.

Sudbury's health unit reported 37 new cases of COVID-19 for today, April 9. Public Health also said there are now 242 active cases being monitored. That is a drop of 20 active cases from Thursday. Also, since the Public Health Sudbury and Districts (PHSD) began tracking COVID-19 cases just over one year ago, there have been 1,656 total COVID-19 cases confirmed locally.PHSD also said 1,414 of those cases have been resolved. With respect to where the newest COVID-19 cases might have occurred, the Public Health Sudbury and Districts (PHSD) daily update page reported that 34 of the new cases were found to have occurred within the Greater Sudbury Area. One new case was reported from the wider Sudbury district. Two new cases were listed for the Manitoulin district. Provincially, Public Health Ontario has reported 4,227 new cases of COVID-19 today (April 9). This is the second-highest number of cases reported in a single day by the province. On Jan. 8, the daily report included 4,249 cases, but that report noted some of the cases were added as a result of a data catch-up by Toronto Public Health and were not all new cases. Today's report includes 2,641 recoveries and 18 new deaths.

Greater Sudbury Police said they have recovered the body of Andrew Martin, who had been missing since Dec. 9. Police were called around 8:45 a.m. on April 8 regarding what was believed to be a dead person floating in Nephawin Lake, about 35 metres from the shoreline of Laurentian Beach. Members of our Rural Community Response Unit specializing in search and rescue and detectives from the major  crimes section of the Criminal Investigation Division working in collaboration with City of Greater Sudbury Fire Services used marine vessels to access the area where the body could be seen. With the assistance of fire services, the body was removed from the water and brought to shore, GSPS reported. Through the coroner, police said it has been confirmed that the body was that of 31-year-old Andrew Martin, who was last seen on  Dec. 9, 2020 on Bruce Avenue in Greater Sudbury.  In February, police canvassed the area around Nepahwin for Martin after receiving a tip he had been spotted in the vicinity. A post mortem will be conducted through the Coroner’s officer to determine the cause of death. At  this time, foul play is not suspected.

The province’s Special Investigations Unit has cleared Greater Sudbury Police Service of any wrongdoing in the death of a premature baby born following the arrest of the infant's mother in 2019. On June 25, 2019, police officers arrested a pregnant woman. She became violent and tried to resist arrest, and officers took her to the ground during the arrest, the report states. Five days later, on June 30, the woman prematurely gave birth to a son. The baby died about an hour later. The SIU commenced an investigation based on a possible connection between the force used against the pregnant woman during her arrest and the death of her child. “On my assessment of the evidence, there are no reasonable grounds to believe that either of (the officers) committed a criminal offence in connection with (the woman’s) arrest and the (baby’s) death,” said SIU director Joseph Martino.

Cloudy, rainy weekend in store, but temps will be mild

Saturday will dawn with a 60-per-cent chance of rain early in the morning, then a mix of sun and cloud for the rest of the day. Wind from the southwest will blow at 20 km/h, gusting to 40 km/h in the morning. Saturday’s high is 19, with a UV index of six, or high. Saturday night there is a 60-per-cent chance of rain and a low of nine. Sunday is expected to be rainy, with a high of 13. Sunday night expect showers and a low of six.