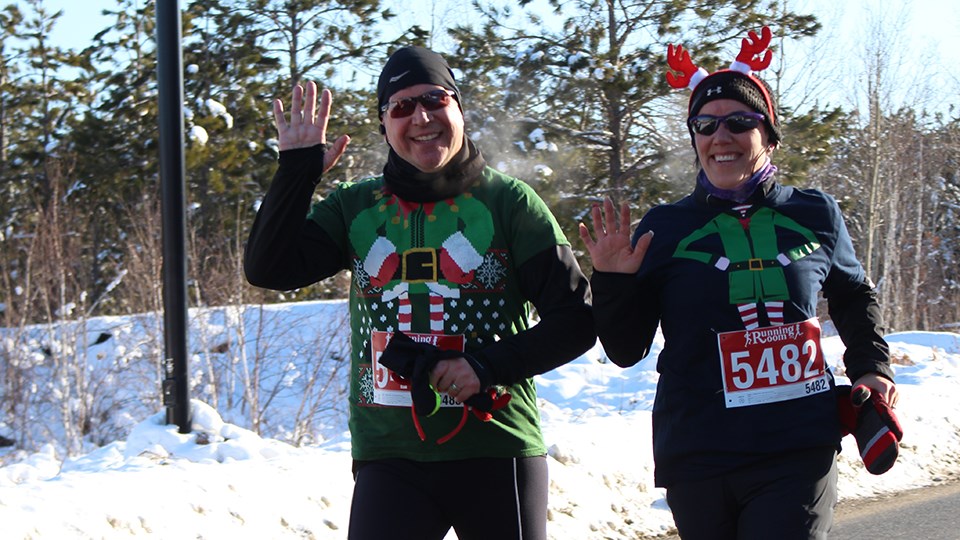 A Special Weather Statement has been issued for Greater Sudbury and the surrounding area, in anticipation of freezing rain Monday. According to Environment Canada, the greatest threat will be in the area between Elliot Lake and Sudbury and areas north of North Bay. Read the full story here.

Police are in the process of investigating a fatal collision that occured on Highway 6 Friday resulting in the death of one M'Chigeeng First Nation passenger. So far, police have determined that the vehicle left the roadway for a still unknown reason, resulting in minor injuries for the driver and death for the passenger. Read the full story here.

The Greater Sudbury Police Break Enter and Robbery (B.E.A.R.) Unit with assistance from the Tactical Unit arrested a 47-year old man on Lasalle Boulevard shortly before 12:45 p.m. on Thursday, Dec. 5, in relation to three robberies. The three robberies took place at convenience stores (two locations) on Lasalle Boulevard on June 25, Oct. 17 and Nov. 30, 2019. In all three cases the man hid his face, entered the store, displayed a knife and demanded money. Read the full story here.

If you or someone you know wants to take advantage of the 2019 Elderly Tax Credit, applications are being accepted until Dec. 31. Find more information here.

Sudbury joined 37 cities across the country in hosting a Santa Shuffle 5K Fun Run and 1K Elf Walk at Collège Boréal on Saturday, in support of the less fortunate in the community. The national event was introduced locally around 11 years ago to establish the Cedar Place women and family shelter, which returned as the sole beneficiary of this year's Sudbury Santa Shuffle. Find the full story and photo gallery here.

Greater Sudbury taxpayers helped fund 34 arts and culture groups to the tune of $584,357 in 2019. The city announced this year's recipients of the 2019 Arts and Culture Grants on Dec. 6. Greater Sudbury Development Corporation administers the funds. Since 2005, taxpayers have provided $7.4 million to more than 100 arts and culture groups in the Nickel City, helping employ more than 200 artists over the years. Read the full story here.

Friends band together to host food, clothing and blanket drive for those less fortunate

What began as a neighbourhood holiday drive has become a city-wide undertaking for two friends who were inspired to bring warmth, joy and comfort to those less fortunate in Greater Sudbury. The initial goal of the clothing, blanket and food drive, as explained by co-organizer Shawn Varey, was to have a few friends and their children collect and distribute items to the homeless and less fortunate. Read the full story here.

Photos: Wolves sweep their four-game homestand with a 5-3 victory

The Sudbury Wolves capped off their homestand with a 5-3 victory over the Barrie Colts Sunday, making this the third victory of the two team's three-season matchups. Both teams came out swinging for this highly-anticipated event, resulting in a total of 44 minutes in penalty calls over the course of the 60-minute affair. But in the end, it was Sudbury, battled and bruised, who pushed through the madness to claim a 5-3 victory with 27 seconds left in play. Find the full game report and photo gallery here.

The Sudbury Wolves welcomed the Flint Firebirds to the Sudbury Arena Friday, for their second matchup following a 5-3 defeat at the Dort Federal Event Centre back in October. The pack came out swinging, establishing a strong lead right off the bat, but it was consistent pressure throughout that earned them an 8-5 final. Read the full game report here.

Cloudy with a chance of flurries, freezing rain into the next morning

Cloudy skies Monday and a steady high of zero. Snow or freezing rain expected to begin late in the morning, amounting to 2-4 cm of snowfall over the course of the afternoon. Cloudy overnight and a low of -11, feeling more like -17 with the windchill. Southeast 30 km/h wind, becoming southwest 20 km/h late in the evening, then northwest 30 km/h before Tuesday morning. An additional 2-4 cm of snowfall overnight, with snow or freezing rain ending before Tuesday morning.

Good morning, Greater Sudbury! Here are a few stories to start your day
Sep 23, 2020 6:00 AM
Comments
We welcome your feedback and encourage you to share your thoughts. We ask that you be respectful of others and their points of view, refrain from personal attacks and stay on topic. To learn about our commenting policies and how we moderate, please read our Community Guidelines.