Here are 9 stories to start your day 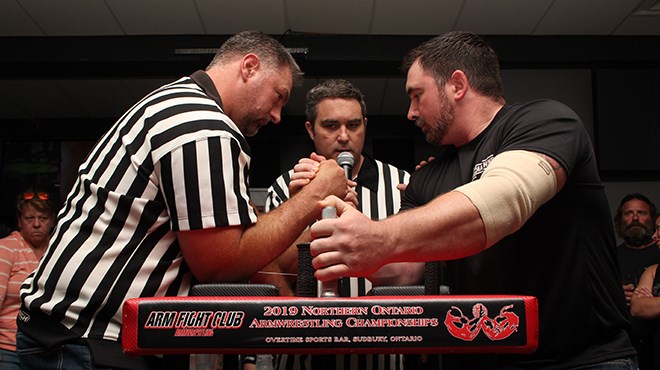 Greater Sudbury and the surrounding area has been issued a special weather statement by Environment Canada in response to heavy rainfall predicted to carry into Monday. Parts of Central and Northeastern Ontario are expected to receive periods of heavy precipitation late this afternoon and into Monday, in addition to the intermittent showers which began early Sunday morning. Read the full story here.

Eight residents and one orange tabby cat have been displaced following what has been described by Greater Sudbury Fire Services as a "suspicious" structure fire on Charette Avenue in Chelmsford late Saturday night. Representatives of the Chelmsford, Azilda, Dowling and Downtown Sudbury fire stations responded to the call around 10:37 p.m. on Sept. 21, bringing with them a fleet of nine apparatuses. Read the full story here.

Fourteen-year-old “water warrior” Autumn Peltier, who is from Wiikwemkoong on Manitoulin Island, has been nominated for the International Children’s Peace Prize 2019 by the David Suzuki Foundation. According to an article published this week by the Manitoulin Expositor, Autumn is representing our nation as the only nominee from Canada out of 137 nominees put forward from around the world. Read the full story here.

Linked arm in arm, students from Lasalle Secondary School marched across New Sudbury Saturday, to support health and wellness at Finlandia Village through the fourth annual Sling Choker SISU Family Walk. The group was joined by Logan Stutz, head coach of the Sudbury Five and his family, and welcomed to Finlandia Village by Deputy Mayor Al Sizer for the third consecutive year. Read the full story here.

Sudbury's strongest went palm to palm at Overtime Sports Bar and Grill Saturday, in the fourth annual Northern Ontario Arm Wrestling Championships. The tournament was hosted by John and Rebecca Gould of Arm Fight Club, in partnership with a local club known as Arm Machine, for the benefit of amateurs, professionals and everyone in between. Read the full story here.

Residents of Greater Sudbury are invited to dispose of their household items free of charge at local landfill and waste diversion sites between Sept. 23 and Sept. 27 from 7 a.m. to 7 p.m., and on Sept. 28 from 8 a.m. to 5 p.m. This promotion is only available to residents of Greater Sudbury who deliver their waste in a private motor vehicle. Proof of address may be required. Read the full story here.

Wolves take another loss to start the season

The Sudbury Wolves took the ice against the Erie Otters Friday, hopeful to redeem themselves following a disappointing season opener the night before. Despite a valiant effort, the pack struggled to keep the puck away from the net, a struggle that became apparent in the pre-season, allowing Erie to claim a 5-2 final. Read the full story here.

Rain, rain, and more rain in the forecast today and a high of 16. Between 10-20 mm of precipitation expected throughout the day, followed by an additional 5 mm overnight. Temperatures dropping to a low of 12 overnight.