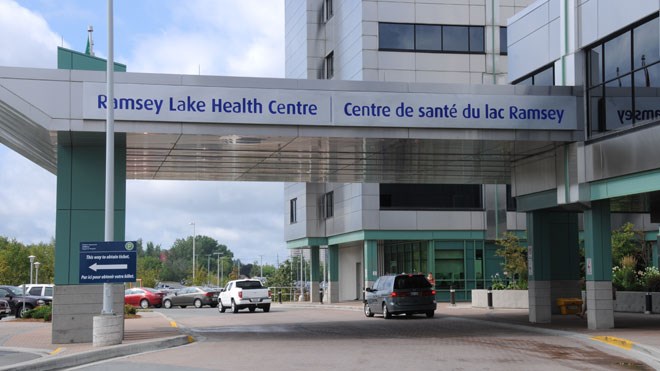 The issue of overcrowding at Health Sciences has gone from bad to worse. (File)

HSN’s overcrowding situation has gone from bad to worse:

The issue of overcrowding at Health Sciences has gone from bad to worse, with the hospital's chief of staff now advising that any patients whose life and limb aren't are risk should be diverted to hospitals closer to where they live, and in some instances patients with serious issues are being transferred to hospitals in North Bay, Timmins and Sault Ste. Marie. With 98 alternative level of care patients in hospital because there is no other place to care for them in the community, HSN has been given what's known as Category 1A Crisis Status, which gives waiting list priority to ALC patients in hospital when it comes to nursing home beds. Because there were no recovery beds available, numerous surgeries were cancelled last week, and hospital administrators worry more will have to be cancelled this week. More on this story can be found here.

Greater Sudbury Police say it was a call to their tip line that led to three-year-old William Gooden being found safe in Toronto alongside his mother after an Amber Alert was issued early Tuesday morning. The preschooler was last seen by his guardian after he and his mother, 25-year-old Breana Gooden, were dropped off at the Rainbow Mall in Greater Sudbury at around noon Monday. An Amber Alert was issued just before 5 a.m. Tuesday. By just before 8 a.m., the Amber Alert was cancelled, as the mother and son were located by Toronto Police in good health at an address on Bruyeres Muse (that's in the Bathurst and Lake Shore area in downtown Toronto). CP24 in Toronto reported the address proved to be a condo building near Fort York Boulevard and Lake Shore Avenue West. Police found the mother and son around 7:30 a.m. Greater Sudbury Police Service and Toronto Police's 14 Division are investigating.

A three-year-old went missing, and people called 911 to complain:

As seems to happen every time an Amber Alert is issued, some people were annoyed. They took to Twitter and Facebook to air that annoyance. Some even called 911 to complain, enough that Toronto Police felt it necessary to tweet a reminder that the emergency number is only for emergencies. Being annoyed by an Amber Alert is hardly an emergency. "Once again our Communications Centre has been receiving a number of calls from citizens using it as a platform to complain about being awaken by the Amber Alert," Toronto Police tweeted. "REMINDER: 9-1-1 is for EMERGENCIES ONLY." More on this story here.

It was a winter from hell, members of the city's operations committee were told Monday, with the city receiving near record amounts of snowfall that extended late into spring. Randy Halverson, the city's director of linear infrastructure services, told councillors the severe weather “stretched all of our resources” as crews tried to keep up. Between January and April, Greater Sudbury received 259 cm (8.5 feet) of snow, compared to 164 cm (5.9 feet) we typically get, Halverson said. As a result, the city's snow removal budget is over by $2.9 million so far this year, he said. And their budget for snow removal to be handled by outside contractors is already $3 million overbudget at $4.4 million. And because of the long winter, street sweeping started later than normal. In turn, that means line painting will be delayed, because it can't be done until the streets have been swept. Full story here.

A Winnipeg man goes on trial this week for first-degree murder in the 2016 slaying of former Sudburian Jennifer Barrett, whose remains were stuffed in a barrel in the backyard of a residence. Perez Adaryll Cleveland was charged in 2017 with Barrett's murder. Two women were also charged as accessories to the murder – Jessica Reid, 26, of Winnipeg and Holley Alyssa Sullivan, 30, of Calgary, with Sullivan pleading guilty in 2018. Police say all three women suffered serious physical and emotional abuse at the hand of Cleveland, who lived in Sudbury until the early 2000s, accumulating a lengthy criminal record for violence and property crimes in the eight or nine years he lived here. More on this story can be found here.

Police asking for the public's help to identify ATV driver:

Sudbury OPP need your help to identify the driver of a ATV that was spotted speeding on Highway 17 in Wahnapitae on May 4. At around 2:40 p.m. that day, an OPP officer observed the speeding yellow ATV, which had two passengers on board, all of whom appeared to be young people police said. The driver of the ATV refused to stop for police. If you have info about this incident call the OPP at 1-888-310-1122 or Crime Stoppers at 1-800-222-8477 (TIPS) or online at www.sudburycrimestoppers.com.

You'll have to start paying to use Kivi Park soon:

Kivi Park, which quickly became a popular destination in Greater Sudbury since it opened in 2017, will soon be charging fees to access the park. Kivi is located on Long Lake Road and includes lands formerly occupied by Long Lake Public School, as well as land donated by Sudburian Lily Fielding. At 300 acres, Kivi Park is the city's largest park — 23 times larger than Bell Park. It also offers access to Crown land leading to three lakes — Crowley Lake, Linton Lake and Camp Lake — and provides a city connection to Killarney Provincial Park. It has quickly become a popular destination in the area, offering access to trails, play structures for children and is home to a number of events. While much of the construction of the park was done through donations and volunteers, the people running the park say they now have to begin charging fees to pay for the operation and upkeep in the long term. Melissa Sheridan, who has been involved with Kivi since the beginning and speaks for the park, isn't available for an interview on the decision until Thursday, Sudbury.com was told. But the park has been having a lively dialogue with users on its Facebook page, where many people said they are unhappy with the decision to charge fees, while others were in support. Annual operating costs for the park run about $200,000 a year, even with an all-volunteer staff, Kivi Park said in a statement. Beginning in late June, users will have to pay some sort of fee to access the park, with the user fees paying the operating costs.

The Northern Ontario Railroad Museum and Heritage Centre is set to open for the 2019 season Saturday, May 18 with the return of the third annual Big Truck Meet Up. The event is free for all visitors, and displays a collection of heavy equipment and emergency vehicles unique to the Sudbury region so that children can get up close and personal with big trucks and learn about the role they play in the community. Last year, the museum made a splash by inviting Al Quiring, star of the Discovery Channel’s hit TV series “Highway Thru Hell,” to the event as a special guest. This year, the event will feature a different kind of special guest, one with more of an intergalactic profile. Come check out the world’s first fan-built replica of Optimus Prime from Transformers: Age of Extinction. Find out more about this event here.

Cloudy skies today with 70 per cent chance of showers in the morning and early in the afternoon. Clearing late in the afternoon with the high sitting at around 13. A few clouds this evening with the temperature dropping to 3 overnight. Chances of some showers by Thursday morning. For current weather conditions, short-term and long-term forecasts visit Sudbury.com's weather page at www.sudbury.com/weather.

Here are six stories to start your day
May 22, 2020 6:00 AM
Comments
We welcome your feedback and encourage you to share your thoughts. We ask that you be respectful of others and their points of view, refrain from personal attacks and stay on topic. To learn about our commenting policies and how we moderate, please read our Community Guidelines.