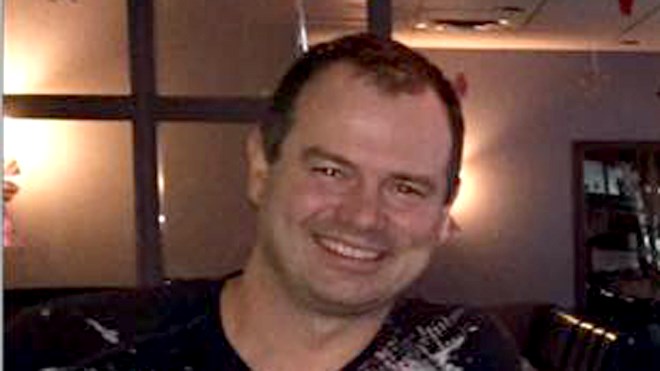 The owner of a Val Caron restaurant will spend 90 days in jail, intermittently, after he pleaded guilty on Thursday to sexual assault and sexual exploitation.

Restaurant owner Craig Charrier gets 90 days for forcing himself on teen employee:

The owner of a Val Caron restaurant will spend 90 days in jail, intermittently, after he pleaded guilty on Thursday to sexual assault and sexual exploitation. Craig Charrier, owner of the Parthenon restaurant, remained silent throughout his sentencing, dressed all in black, and showed no emotion. His guilty plea was expected in May this year, but he was granted time to get his affairs in order before being handed his sentence. A publication ban was originally imposed on the case, preventing media from revealing information that could identify the victim in any way. However, the victim's family asked on Thursday it be lifted so the community could know the name of the man responsible. The victim and her family asked that they not be named, but are well aware of the possibility of them being identified through naming Charrier. According to the agreed statement of facts, on May 5, 2018, Charrier sexually assaulted one of his employees during a catering engagement.  The victim, who had been working at the Parthenon for six months, was 17 at the time of the offence. Full story here.

Up Here 2019 officially kicks off today:

The team at Up Here will be holding an official kick off to the 2019 emerging music and urban music festival on Friday at noon. The press conference will be held at the Dome on Durham Street (you can't miss it). Sudbury.com will bring you a recap from Friday's kick-off. In the meantime, check out the five reasons why Up Here is the weirdest, wildest festival in Northern Ontario in this story.

Council to get monthly updates on $7.3M budget deficit:

Meeting this week, the city's finance committee told city staff they wanted monthly updates on progress in reducing the city's operating deficit. As reported last week by Sudbury.com, Greater Sudbury's $593-million budget for this year is already $7.3 million in the red, largely due to higher than forecast winter maintenance costs. Because of record snowfall in the first few months of the year, it is already $4.2 million over budget estimates — $300,000 higher than the $3.9-million shortfall estimated in June. The city has received 259 cm of snow so far in 2019, compared to the 30-year average of 164 cm. To deal with the red ink, the city is postponing hiring non-union staff in areas where it's feasible, looking for capital projects that can be cancelled or postponed to decrease draws from reserves. Get the full story here.

Buying your first home? City-run program helps with down payment:

A federal and provincial program being administered by Greater Sudbury could help residents buy their first home. People with a combined household income of $93,800 or less can apply for the down payment needed to purchase a home through the Ontario Priorities Housing Initiative (OPHI) Homeownership Program. Eligible applicants can receive an interest-free, 20-year forgivable loan up to a maximum of $29,000. The loan may be used for a 10-per-cent down payment on a detached, semi-detached or townhouse unit with a maximum value of $297,383. Applicants must be current renters in Greater Sudbury and must not own or partly own another home or property. The funding agreement requires successful applicants to maintain the home as their principal residence for a minimum of 20 years to avoid repayment of the loan. Funding is limited. Applications will be accepted on a first come, first served, basis until Sept. 30, or until funds are fully committed. More information about the Homeownership Program is available at GreaterSudbury.ca/Homeownership or by calling 705-674-4455, extension 4229.

Coniston mystery: Researcher finds 92 more people who could be buried at 100-year-old cemetery:

Just a few months after beginning his search to determine the names of those buried at the Coniston Cemetery, Jason Marcon of the Coniston Historical Society has identified 92 names of people he believes were laid to rest on the hilltop property, but for whom records are somewhat scarce. And that's where you come in. Marcon is hoping he can use crowdsourcing to confirm that the names he uncovered are buried a the century-old cemetery, tucked away in an uninhabited area of the small community beneath a canopy of trees. This project was started 26 years ago by Mike Solski, a former mayor of Coniston, who erected a memorial on Oct. 19, 1997, to honour the 115 individuals identified in his search. More on this story here.

The Sudbury Mining Solutions Journal (SMSJ) website has a fresh, contemporary look. Launched in 2004, SMSJ provides essential news on the technology, innovation and progress of Northern Ontario’s mining industry, its burgeoning mining supply and service sector, and exploration activity around the North. At the newly redesigned website, readers will find all the highlights they’re accustomed to, including breaking news updates, insightful feature articles, and valuable opinion pieces from industry insiders, with content refreshed regularly. What’s new is a more user-friendly, easy-to-navigate platform, thanks to our partners at Village Media. Content is organized by streams within the sector – exploration, technology, education and research – and by region – northeastern Ontario, northwestern Ontario, Sudbury and Timmins. The move to a more modern platform follows the arrival of a new editor, Len Gillis, who joined SMSJ in late 2018. A veteran news reporter with more than 25 years’ experience, Gillis took the reins of the publication following the retirement of long-time editor Norm Tollinsky, who had managed the publication since its inception. Find out more here.

#TheSoapbox: Sudbury Arena is a hockey shrine we should consider keeping:

Writer Matthew Del Papa discusses wants vs. needs. The Sudbury Arena might be old, but its age and its importance to the history of this city make it part of the fabric of our community. Maybe we shouldn’t be so eager to say goodbye to the building. "Perhaps I missed it but when, exactly, did the city decide to build a new arena? Who on council voted for that?" writes Del Papa. "I remember a time, just a handful of years ago, when a new arena was a want. "Something hockey fans fantasized about in wistful, “wouldn’t it be great”, conversations. Then, all of a sudden, without any public consultation, everyone’s shouting “Sudbury needs a new arena!” The hype machine shifted into high gear and now…well, things are stalled. Again, I don’t want to get into the blame game but it sure seems like the entire process was sped through without due diligence." More can be found here.

A mix of sun and cloud for Friday with fog patches dissipating in the morning. Today's high will get up to 25. Mainly cloudy into the evenign with a 60 per cent chance of showers. There is a risk of an overnight thunderstorm. Low will be sitting at around 16 tonight. For current weather conditions, short-term and long-term forecasts visit Sudbury.com's weather page at www.sudbury.com/weather.