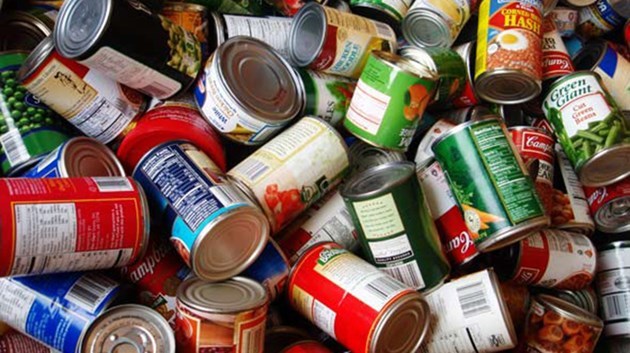 The Edgar Burton Christmas Food Drive and Kids Helping Kids Campaign kicks off today at 10:30 a.m. This annual event is now one of the largest food drives in Ontario. The campaign contributes around one quarter of the Sudbury Food Bank's annual food requirements. The food bank serves more than 16,000 people every year through its member agencies across the city. The Kids Helping Kids campaign gets schools in the community involved in their own food drives. The kick off event is scheduled to start at 10:30 a.m. at the New Sudbury Centre and will take place near the Santa Clause photo booth display in the mall.

Fifteen months after Sudbury was rejected as the future home of a billion-dollar Noront Resources Ltd. smelter, it appears the Nickel City may yet win a skinny-downed slice of ferrochrome pie. Before building its controversial ferrochrome processing plant in Sault Ste. Marie, Noront wants to test its technology with a small-scale demonstration plant. Greater Sudbury is under consideration as the prototype's location. This previously undisclosed part of Noront's plans was one of many new details that surfaced during six hours of formal and informal presentations by executives of the junior mining company late last month in the Sault. Get the full story here.

Greater Sudbury Police say a 73-year-old woman received minor injuries Thursday afternoon when her car went through a storefront window in New Sudbury. “We received a call around 1:30 p.m. regarding a vehicle that drove through the window at that location,” police spokesperson Kaitlyn Dunn said in an email. The driver was the lone occupant, Dunn said, and is believed to have had a medical condition that led to the collision. “No charges have been laid and she has been referred to a physician for assessment.”

When news broke in September of more than 2,000 serious illnesses related to vaping in the U.S., it was a shock to an industry that was viewed as a flawed, but still a healthier alternative to tobacco. Since then, however, it has emerged the illnesses seem to be confined to black market THC vapes that used vitamin E liquid. A test on 29 of the patients all showed the presence of the sticky vitamin E acetate in their lungs. Health officials are calling it a “breakthrough” in the investigation, although it is early and many questions are unanswered. Closer to home, Canada has set up a webpage that includes the latest information on illnesses in Canada. As of Nov. 6, there have been seven cases – two confirmed in Quebec, and five probable cases – two in New Brunswick and three in B.C. Great Britain has taken a very different approach, encouraging vaping as a far, far less damaging alternative to tobacco: “England continues to take small progressive steps towards ensuring vaping remains an accessible and appealing alternative to smoking.” Not surprisingly, Zach Richer, manager of Juice on the Loose on Barrydowne Road, wishes Canada would follow Britain's lead, which has concluded vaping is 95 per cent less harmful than tobacco smoking. Full story here.

Switch on your holiday spirit with the launch of the Festival of Lights:

Thousands of Christmas lights will brighten the night at Science North starting Sunday, as the Sudbury Charities Foundation launches its annual Festival of Lights. The lights will be turned on for the first time this season around 6:30 p.m. on Sunday. Community members are invited to take part in the festivities starting at 4:30 p.m. in the lobby and exhibit hall of Science North including photos with Santa, face painting, marshmallow roasting and games. Community members can purchase tickets in advance here. Admission to tour the Festival of Lights is free of charge, however, a donation to the Sudbury Charities Foundation is appreciated.

Three unions given a strike mandate as teachers turn up the heat on province:

Ontario teachers unions are turning up the heat on the provincial government in ongoing contract talks. The Elementary Teachers Federation of Ontario (ETFO) announced today that they will be in a legal strike position on Nov. 26, preparing its members for work-to-rule strike action. The Ontario Secondary School Teachers Federation (OSSTF) will be in a legal strike position on Nov. 18, and will be voting on a strike mandate on Nov. 15. Meanwhile, the Ontario English Catholic Teachers’ Association (OECTA) voted to strike as well, although the union is not yet in a legal strike position. Teachers and support staff in Ontario all started the school year with expired contracts. CUPE, which represents support staff including clerical workers and custodians, struck an 11th hour deal with the province on Oct. 9, narrowly avoiding a strike. More on this story here.

Province cuts northern aviation fuel tax by more than half:

The Ontario government is moving to cut the aviation fuel tax rate in Northern Ontario in half. Finance Minister Rod Phillips and Colleges and Universities Minister Ross Romano, also the Sault MPP, made the announcement at the Canadian Bushplane Heritage Centre in Sault Ste. Marie. First announced in the 2019 Ontario Economic Outlook and Fiscal Review: A Plan to Build Ontario Together, the Doug Ford government is proposing to cut the aviation fuel tax rate in the north to 2.7 cents per litre from 6.7 cents per litre. The new rate is expected to take effect Jan. 1, 2020.

Mainly cloudy Friday morning with 70 per cent chance of flurries in the morning and risk of snow squalls. Skies clearing in the afternoon with winds gusting up to 50 km/h. Tempeature will be steady at -10 in the afternoon, but feeling more like -21 with the wind chill. Clear skies this evening with the low dipping to -17, feeling like -24. For current weather conditions, short-term and long-term forecasts visit Sudbury.com's weather page at www.sudbury.com/weather.