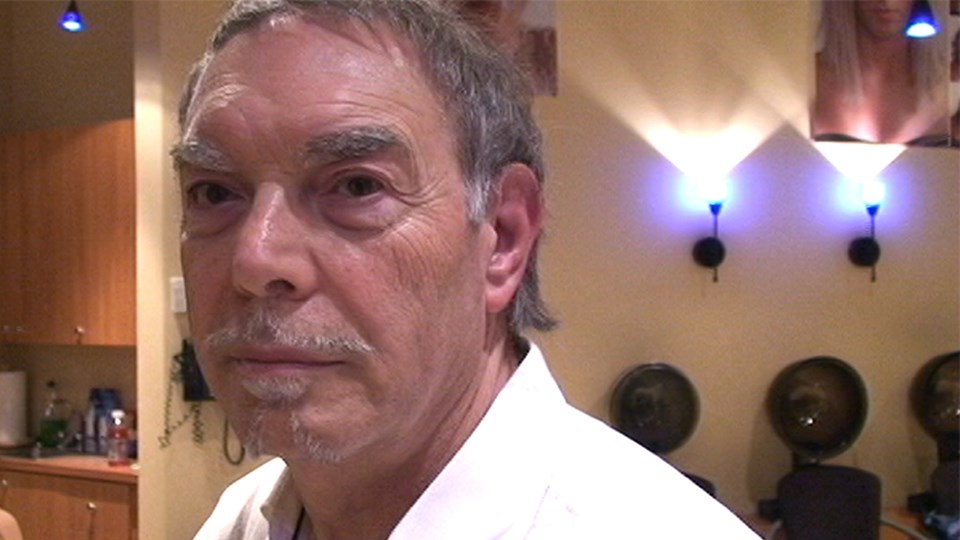 A well-known Sudbury hair stylist is facing a charge of sexual assault.

A well-known Sudbury hair stylist is facing a charge of sexual assault. Greater Sudbury Police confirmed today that Frank Marasco, 75, was arrested and charged with one count of sexual assault on Nov. 28. He was released on a promise to appear, with a returning court date of Jan. 8, 2020. Marasco is the long-time operator of the salon A Touch of Class on Loach's Road. He has been a stylist since 1967, according to the description the salon supplied to Google. A Touch of Class is a long-time salon in Sudbury, having been in operation for decades.

12 Days of Kindness: We give a grieving family a helping hand this winter:

Welcome to another season of Sudbury.com's 12 Days of Kindness supported by @homeEnergy. The holidays are a time for getting together with loved ones but this Christmas is going to be difficult for the Pigeau family this year. In May, Raymond and Carole Pigeau received news that their son, Taylor, had died suddenly while on vacation in Cuba. Taylor was only 29 years old. It's been seven months and the family is still waiting for answers as Taylor's death is still under investigation. It's been exhausting for the entire family, but Taylor's sister, Melissa, said the loss of her brother has been especially tough for her dad. Raymond not only lost his son but his best friend.Watch as we visit the Pigeau family in hopes of lifting their spirits. Video can be found here.

The Ontario Provincial Police has charged a Greater Sudbury resident after investigating allegations involving a local charity's funds. Irregularities relating to a lottery trust account held by the Trailsmen Rod and Gun Club have been under investigation since June of this year. That's when the City of Greater Sudbury Security and Bylaw Services contacted the OPP Investigation and Enforcement Bureau (IEB) attached to the Alcohol and Gaming Commission of Ontario (AGCO) about the issue. A 64-year-old Val Caron man was charged Dec. 6 with theft over $5,000 and criminal breach of trust. He's scheduled to appear in court Jan. 15. Other charitable enterprises in the area may also have been affected, said a press release. If irregularities are discovered, concerned charities should contact Detective Constable Alain St. Jacques, OPP Investigation and Enforcement Bureau at 705-855-0502.

There's a couple traffic notes if you're heading to downtown Sudbury over the next few days. Belanger Construction will be doing water main installation for Place des Arts and will be closing Elgin Street from Durham to Cedar streets from Monday, Dec. 9 to Wednesday, Dec. 11. They will keep access open to the Independent Living office. Manhole maintenance by VistaCare Communications for Bell will close the eastbound curb lane in front of 117 Elm St. from 9 a.m. to 3 p.m. Monday, Dec. 9 to Wednesday, Dec. 11.

Ontario's elementary teachers will soon be ramping up their work-to-rule campaign by not planning any new field trips or distributing letters or memos from schools and boards. Public high school and elementary teachers are both increasing pressure on the government in the coming week amid tense and plodding contract talks. The Elementary Teachers' Federation of Ontario says it will be starting phase two of its work to rule on Tuesday. In addition to the measures affecting field trips and letters being sent home, teachers will not collect money for school-based activities except those for charity, participate in performance appraisals, or post learning goals in the classroom if an administrator asks.The teachers' first phase of the work-to-rule campaign, which started Nov. 26, has teachers not completing Term 1 report cards, not participating in any professional learning from their school board or the ministry outside of school hours, and not doing any online training by the ministry. Full story here.

Ontario looking at 'transition to a new phase' of Blue Box recycling:

Ontario is the birthplace of Blue Box recycling – the program of curbside collection of paper, plastics, glass and metal food containers, for recycling purposes. Over the past 38 years, Blue Box recycling has become the standard, adopted not only across Ontario – by the early 1990s, over 80 percent of households in Ontario had access to Blue Box recycling, according to Stewardship Ontario – but around the world. Now the question is, is it time for a revamp of the program? Finding markets for recyclables, and the issue of contamination and “wishful recycling” by householders throwing inappropriate items into their blue boxes, pose challenges. Those challenges were made more acute when China, the largest overseas market for recycled materials, passed its National Sword Policy in 2018, setting tough new contamination standards, and banning a number of ‘recyclables’ – including certain plastics, and mixed paper. Find more on this story here.

It’s been a long three years for Guy Dumas, who has been actively championing public transportation on Manitoulin Island since 2016. But the wait may finally be over this spring – that’s the target date for the new pan-Manitoulin bus service to become operational. Located in Georgian Bay in Lake Huron, Manitoulin Island is a rural area whose population of about 13,000 permanent residents swells in the summer months following an annual influx of tourists. Some of the communities can be as far as 30 to 60 minutes apart and, aside from a privately run taxi service, there’s no transportation to help ferry people between them. For those who don’t own a vehicle, hitchhiking is still a common way to reach their destination of choice. Full story can be found here.

A mix of sun and cloud for Tuesday with some downright frigid temperatures. Winds will be gusting up to 40 km/h and the high will be -15. It's going to feel like -28 with the wind chill this morning and -20 this afternoon. Partly cloudy tonight with a few flurries near midnight. Overnight low will be -18, feeling like -22 with the wind chill. For current weather conditions, short-term and long-term forecasts visit Sudbury.com's weather page at www.sudbury.com/weather.

Here are seven stories to start your day
Jan 18, 2020 8:00 AM
Comments
We welcome your feedback and encourage you to share your thoughts on this story. We ask that you be respectful of others and their points of view, refrain from personal attacks and stay on topic. To learn about our commenting policies and how we moderate, please read our Community Guidelines.