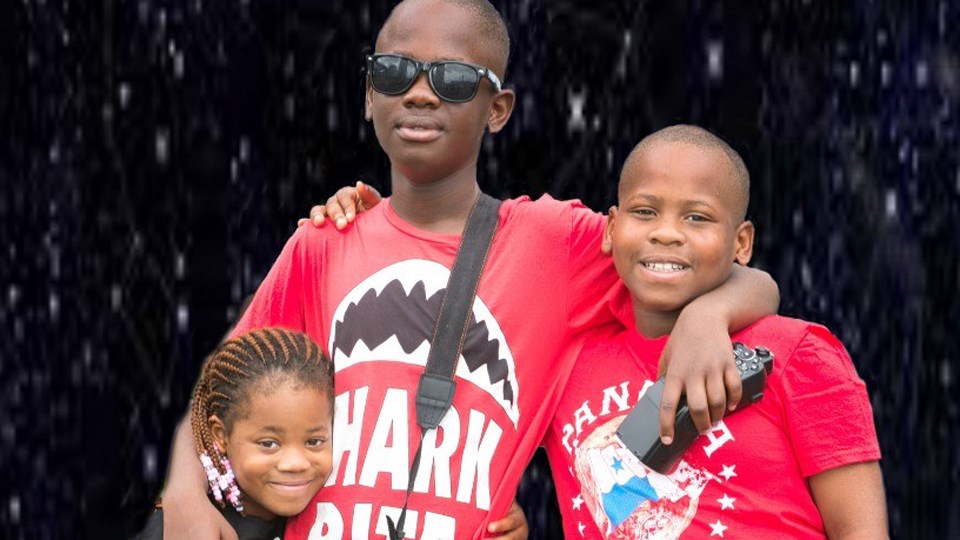 The three children who died in a tragic crash on Highway 17 on New Year’s Day will be laid to rest this Saturday.

Funeral for children killed in New Year’s Day crash is this Saturday:

The three children who died in a tragic crash on Highway 17 on New Year’s Day will be laid to rest this Saturday. The crash claimed the lives of the Osagie children — Britney, six, and her brothers Flourish, 10, and Destiny, 11 — and sent another 10-year-old boy to hospital. The children's mother, Uche Osagie was uninjured in the crash, while another female passenger suffered minor injuries. The children are survived by their mother Uche (Ugbechie) Osagie and and father, Friday Osagie. They are remembered by family and friends in Nigeria, Canada and the United States. “The children will be remembered as full of light and love. They embraced life and lived it to the fullest, enjoying singing, dancing, and sports,” the obituary reads. Friends are invited to the visitation from 2-5 p.m. on Jan. 17 at Lougheed Funeral Home, 252 Regent Street at Hazel Street. A funeral service will be held at Glad Tidings Church, 1101 Regent Street, on Saturday, Jan. 18 at 11 a.m. Interment will be at the Civic Memorial Cemetery in Sudbury. For donations and messages of condolence, visit Lougheed.org.

Greater Sudbury's Nigerian Community and the Sudbury Multi-Cultural and Folk Arts Association are holding a press conference Jan. 15 to release details on funeral arrangements for the three children who died in a Jan. 1 crash on Highway 17. The crash claimed the lives of the Osagie children — Britney, six, and her brothers Flourish, 10, and Destiny, 11 — and sent another 10-year-old boy to hospital. The children's mother, Uche Osagie was uninjured in the crash, while another female passenger suffered minor injuries. No word on the cause of the crash or the potential for charges to be laid have been released by the OPP. Investigations of this complexity can take time to complete, said OPP Const. Michelle Coulombe in a telephone interview Jan 7.

David Case accuser says she held a knife to his throat when he caught her trying to escape:

The trial against former Sudbury track coach David Case continued on Jan. 14, as day two was largely spent with defense attorney Nicholas Xyannis cross examining the woman who testified Monday that Case sexually assaulted and physically attacked her when she was a teenager. Xyannis spent hours on Tuesday poring over the woman's testimony, comparing and contrasting it with the police report she gave in 2017, questioning the woman and looking to poke holes in her story. The woman, whose name can't be revealed because of a publication ban, left Case in January 1993. She had packed her belongings when she thought he was out of town, but he came home early, leading to a violent altercation that ended up with her on top of Case with a knife to his throat. "He was out of town and he surprised me when he came home early," said the woman. "He saw my bags and we got into a fight. At some point I must have grabbed a knife because I was scared and I ended up on top of him, holding the knife.  “I didn't want to kill him, I didn't want to go to jail for him." More on this story here.

With a one-day strike by English high school teachers, French Catholic and French public teachers on Jan. 15, Greater Sudbury Police are warning drivers of possible traffic disruptions. GSPS said picket sites by striking teachers include, but are not limited to, Chelmsford Valley District Composite School, Confederation Secondary School, Lasalle Secondary School, Lively District Secondary School, Lockerby Composite School, Lo-Ellen Park Secondary School, Sudbury Secondary School, École secondaire du Sacré-Coeur and École Jean-Paul II. Picket lines will be set up at entry points. The picket lines will be in place from 7:30 a.m. until 3 p.m., police said. Drivers may find they are delayed for a short period of time, GSPS said. “This matter is a civil matter as it is a provincial labour dispute,” police said. “Please do not contact police regarding the delays unless there is an emergency.”

According to Charles Cirtwill, the North needs to get better at telling its own story. The president and CEO of the Northern Policy Institute (NPI) hopes that the upcoming Come North planning conferences will help the region communicate its narrative a bit better. “We have a lot of cultural and other experiences here that aren't available elsewhere. We need to start talking about how great life in our communities can be,” he said. This February, the Northwest Community Futures Network and the City of Temiskaming Shores are hosting two planning conferences in northern communities in partnership with NPI and the Northwestern Ontario Immigration Partnership. The conferences, called Come North, will be held in two locations in northeastern and northwestern Ontario. Their purpose is to create a population growth strategy by exploring the experiences of new arrivals in the region. Find the full story here.

Greater Sudbury's professional basketball team, the Sudbury Five, will be hosting the franchise's first-ever Baby Race on Jan. 19 at Sudbury Arena. The competition of epic cuteness will take place on centre court at halftime, during the team's Sunday match against the Island Storm. There are a limited number of spots available for tiny tots to participate, so register your little one as soon as possible. Each family approved to participate will receive two complimentary tickets to the game. Please be advised that babies are only permitted to crawl. Walking will result in disqualification. Find registration and contest details here.

Much as Greater Sudbury did in May 2019, the city of Thunder Bay has officially declared a climate emergency, joining hundreds of municipalities across the country – and the federal government itself – in what advocates say is a potent symbolic move. The declaration, passed unanimously at Monday’s city council meeting, is intended to signal the seriousness of the global climate crisis to the public and other governments, while reinforcing the importance of climate action in future planning. It does not compel any particular action by the city. A nearly-full public gallery erupted in a lengthy round of applause after council passed the motion, which was recommended by the city’s EarthCare sustainability committee. The proposal drew a petition in favour with over 400 signatures, and letters of support from 15 organizations, including Confederation College and the Thunder Bay District Health Unit. Get the full story here.

Discover: Microbes, molecules, malt and the ancient science behind your brew:

Behind each golden pint, each bittersweet sip, each bubble of carbonation, is a microscope assembly line of organisms and a brewer who knows a thing or two about science. People have been brewing beer since 4,000 BCE, long before anyone understood the science behind why the ingredients resulted in an alcoholic, bubbly brew. In 16th century Europe, beer was considered a staple in every household's diet, providing an essential source of calories and nutrition. While it's maybe not a necessary component of our diets now, beer remains a significant part of our culture and social experiences. Other than for its intoxicating and crisp effervescence, beer has most likely stuck with humans throughout a changing world due to its simple ingredients. Beer consists of four main ingredients: malted barley, water, hops and yeast. However, it's only in the last 100-120 years that we have figured out how and when all these ingredients are interacting to produce beer. Read the latest installment in our "Discover" series here.

Mainly cloudy today with a 40 per cent chance of flurries early in the morning. Snow beginning late in the afternoon. There is a risk of freezing drizzle early in the morning. Wednesday's high will be sitting at -1, feeling like -9 with the wind chill. Periods of snow tonight with up to 10 cm falling this evening. Overnight low will dip to -12, feeling like -20. For current weather conditions, short-term and long-term forecasts visit Sudbury.com's weather page at www.sudbury.com/weather.

Here are six stories to start your day
Aug 7, 2020 6:00 AM
Comments
We welcome your feedback and encourage you to share your thoughts. We ask that you be respectful of others and their points of view, refrain from personal attacks and stay on topic. To learn about our commenting policies and how we moderate, please read our Community Guidelines.