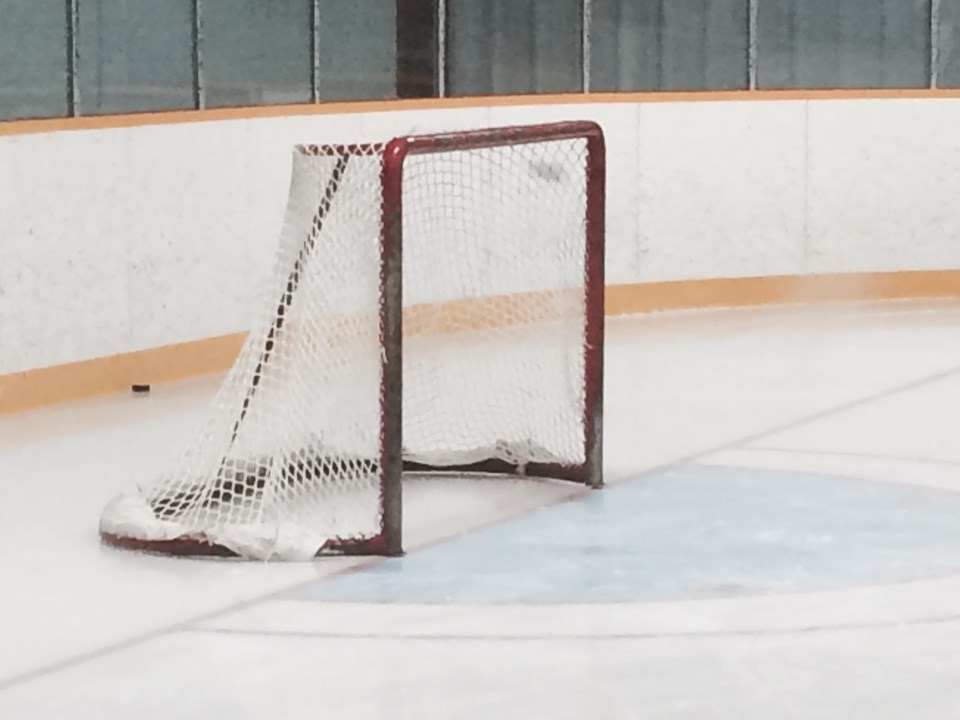 The city will be opening the doors to the majority of its arenas for the fall hockey season, following a series of meetings between the city's leisure services department and arena user groups that wrapped up last week.

City gives the go-ahead to open most of its arenas for youth hockey season:

It has been nearly six months since the city of Greater Sudbury declared a state of emergency, and despite a recent spike in COVID-19 cases in Ontario and in Sudbury, the city is moving forward with opening more facilities. Speaking at a city council meeting on Sept. 22, executive director of strategic initiatives, Ian Wood gave a brief COVID-19 update where he spoke of a pair of city services that have been or are set to return to near-normal operation. The two services highlighted by Wood were libraries and arenas, with a trio of Sudbury libraries reopening on Sept. 21. The six major branches (Main, Lively, Chelmsford, Valley East, South End, New Sudbury) are open to the public Monday to Friday; two hours/day for curbside pickup and three hours/day for in-Branch municipal and library services. As of Sept. 21, the Capreol, Dowling and Garson Public Libraries/Citizen Service Centres are open from 9 a.m. to 2 p.m. on Mondays, Wednesdays and Fridays, and from 2:30 to 7:30 p.m. on Tuesdays and Thursdays. The city will also be opening the doors to the majority of its arenas for the fall hockey season, following a series of meetings between the city's leisure services department and arena user groups that wrapped up last week. "In response, it looks like there's enough demand that the majority of arenas will be opened. Staff are working through the logistics on that and we don't have exact dates at the moment," said Wood. "That information will be coming to council in the next couple of days and will be released to the public in terms of exact dates and the nature of those reopenings." More on this story here.

Sudbury's police chief, mayor and local politicians gathered on a cool and grey day to dedicate a bridge to a fallen Sudbury police officer. The bridge on Highway 69, spanning Wanup Pit Road, was dedicated to Sgt. Frederick Davidson on Sept. 24, more than 80 years after he passed away due to injuries sustained in the line of duty. On July 11, 1937, Davidson was conducting a fairly routine check on a pair of men who were switching a license plate off of a vehicle. When Davidson approached the men, one pulled a gun and opened fire on the officer, critically wounding him. The sergeant succumbed to his injuries 10 days later in hospital. "Despite this incident occurring 83 years ago, it serves as a stark reminder of the uncertainty and inherent risk that our frontline police officers face every day on duty," said GSPS chief Paul Pedersen. "In light of that risk, it also serves to underline the unrelenting commitment to community safety and well-being that also extends to their families, to their support systems, that every day sees our people go off to work and every day hopes that our people come home." Full story can be found here.

For the third consecutive year, the City of Greater Sudbury has received an AA credit rating with a stable outlook from Standard & Poor’s Global Ratings. This is one of the best ratings available. The rating is an assessment of the financial health of the municipality that influences interest rates paid on debt issued by the city. It’s a sign of financial strength to private sector partners and senior levels of government. A number of factors are considered including economic growth and the municipality’s ability to effectively manage finances. “This announcement by S&P reinforces our commitment to ensuring our financial sustainability, even when faced with additional pandemic-related pressures this year,” said Greater Sudbury Mayor Brian Bigger, in a press release. “We know the next couple of years will be challenging, but our community should take comfort in knowing our financial outlook remains stable and we’ll continue to persevere.” S&P’s findings note that even with the pandemic having impacts on the local economy, the municipality will recover gradually over the next two years with the tax supported debt burden expected to remain manageable.

Raise $1M or close: YMCA Sudbury finds itself in a dire predicament:

YMCA of Northeastern Ontario launched its My Y Resilient campaign today in hopes of raising $1 million for each community of Sudbury and North Bay. To date, the YMCA has lost more than $3 million in revenue due to the COVID-19 pandemic. "In COVID-19 we were forced to close our doors in March but that did not mean we stopped serving our community," vice president of philanthropy, marketing and communications, Nicole Beattie said. "Our facility became a warming and cooling centre and was available to those in need to access washrooms, computers and telephones. Our camping services team offered day camp so that parents could return to work with peace of mind. The Y wants to continue to reimagine our work and how we can best serve Sudbury, but we need your help." Without patrons to fund its work, the YMCA’s deficit has been growing since March. Through the My Y Resilient campaign, YMCA hopes the communities it serves will in turn support it and help it continue supporting local communities. The YMCA in Sudbury serves more than 5,000 members and 10,000 public users through health, fitness, aquatics, daycare and seniors programs. Find out how you can donate here.

Sudbury’s emergency homeless shelter moving back to its permanent location:

Effective Sept. 30, the Off the Street (OTS) emergency shelter will be moving back to its permanent location at 200 Larch Street. The emergency shelter, operated by the Canadian Mental Health Association – Sudbury/Manitoulin (CMHA-S/M), temporarily moved to Canada’s Best Value Inn on Regent Street in April in response to the COVID-19 pandemic.  The second floor of the hotel was used as a Supportive Isolation Centre, offering 24-hour care for individuals who were homeless and being tested or diagnosed with COVID-19. The addition of structural supports such as wall dividers and pods will be installed at 200 Larch Street to ensure physical distancing. Changes to the shelter space are not expected to reduce bed capacity. OTS will continue to offer 30 beds each night.

Faculty at Laurentian University say an announcement Tuesday by university administration that the suspension of new admissions to 17 programs remains in effect is “still illegal” under the Laurentian University Act. Laurentian administration announced the cuts to what they said were low-enrolment programs back in July. On Sept. 15, the Laurentian University Faculty Association (LUFA) brought forward a motion to Laurentian’s Senate in an attempt to reverse this decision. The motion, which was eventually approved, said only the Senate — a governing body made up of faculty, students and senior administrators — has the power to make decisions as to whether or not an academic program, or admissions to an academic program, can be suspended. It also said because the matter had not come before the full Senate, the decision was invalid, and instructed that admissions to all of the relevant programs be reinstituted. More on this story here.

Then & Now: The odd and fascinating history of a local hidden gem:

The Grotto of Our Lady of Lourdes, built on a high elevation of rock in 1907, provides a bird’s-eye view of downtown Sudbury although it is hidden by the growing city. Tucked in behind Van Horne Street, it had become difficult to access and had fallen into disarray for many years until community volunteers realized their vision for a park for prayer in 2007. The grotto was voted Best Hidden Gem by Sudbury.com in 2017. The grotto site has always been considered an important site for prayer and religious gatherings by the city’s Francophone Roman Catholics, but it has become an ecumenical place of worship. People of all faiths are welcome. For example, the Ten Commandments, installed in 2007 and engraved on two boulders from Manitoulin Island, are written in Hebrew, French and English. A labyrinth was designed and built by parishioners from St. Peter’s United Church.  In 2016 about 1,000 people attended a fundraising concert there for local good causes. It is also a popular spot for wedding photography. Read more of the latest in our 'Then & Now' series here.

More than fashion: For Indigenous people, growing out their hair is about reclaiming their culture:

The purpose of residential schools was to eliminate all aspects of Indigenous culture. There is no other way to say it. But those who would impose their will underestimated the strength of a people who were deprived of the most basic of human needs: family, language, culture, security, even belonging; they did not see that everything they wished to eliminate could be (and would be) reclaimed, though the path is long and difficult. It is reclaimed even in the smallest of ways, in ways that might seem inconsequential to those who have the privilege of only considering their hair as a fashion statement or a flattering attribute. But hair is powerful. There are countless cultures that celebrate the length of hair; they see it as a seat of power, of the soul, of something that is sacred and should be considered almost as a limb, certainly a part of someone’s body, rather than an offshoot from it. Full story here.

Sunny skies expected as we head into the weekend. Mostly clear today with the high getting up to 22. It's going to feel like 26 with the Humidex today. Partly cloudy into the evening with chances of some showers by Saturday morning. Overnight low will be 16. For current weather conditions, short-term and long-term forecasts visit Sudbury.com's weather page at www.sudbury.com/weather.

Here are seven stories to start your day
Oct 22, 2020 6:00 AM
Comments
We welcome your feedback and encourage you to share your thoughts. We ask that you be respectful of others and their points of view, refrain from personal attacks and stay on topic. To learn about our commenting policies and how we moderate, please read our Community Guidelines.