Here are nine stories to start your day 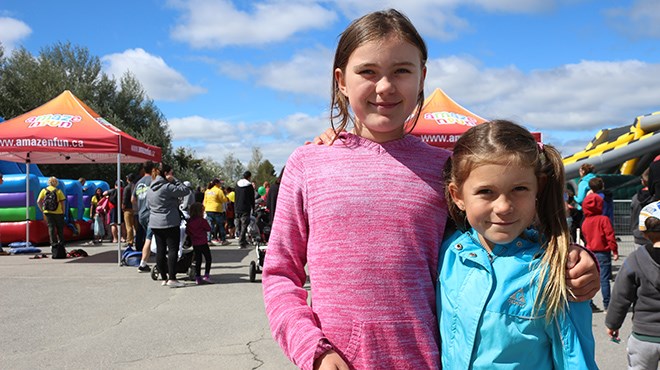 Greater Sudbury and the surrounding area are currently under a frost advisory issued by Environment Canada. Temperatures are expected to fall near zero degrees tonight into Monday morning, which has the potential to damage some crops in frost-prone areas. Read the full story here.

Two horses in Greater Sudbury have tested positive for Eastern equine encephalitis (EEE) virus. These are the first reports of local horses testing positive for the virus. There have been no reports of human illness caused by EEE virus in the Public Health Sudbury and Districts service area. A statement by Public Health said that although the virus is primarily found in wild birds, it can be transmitted to humans and horses by the bite of a mosquito that has fed of an infected bird. Read the full story here.

Members from the Noëlville Detachment of the OPP and the North East Region Community Street Crime Unit were continuing their investigations into several break, enter and thefts which occurred in the areas of Killarney and the Municipality of French River. On Sept. 3 at 1:50 p.m., officers initiated a traffic stop of the suspects' vehicle, on Highway 64 in the Municipality of French River. Read the full story here.

Ontario might let paramedics take patients to facilities other than ERs

Proposed changes to ambulance rules in Ontario could see paramedics take patients to facilities other than a hospital emergency department, or treat them and release them on scene. People calling 911 for medical assistance could also be directed to other facilities in the community. The proposals, posted this week on the province's regulatory registry, are aimed at easing hospital overcrowding. Read the full story here.

Happy to be home: Capreol senior finally has her apartment back

It took nearly four months to the day, but 79-year-old Pansy Halls is finally back in her Capreol apartment after flooding forced her out on May 7. Halls spent more than three months sleeping on her daughter's couch, left mostly in the dark as to why it was taking so long for her apartment to be repaired. The stress of being displaced from her home took a toll on Halls' health and was admitted to Health Sciences North on Aug. 19 after experiencing severe stomach pain. Read the full story here.

Dorian slammed into the Maritimes on Saturday, its powerful gusts uprooting trees, tearing off roofs and yanking down power lines — leaving more than 450,000 people in the dark as the post-tropical storm made landfall near Halifax. Torrential rain, pounding surf and howling winds reaching up to 148 kilometres per hour were reported early in the evening, with the region's largest city appearing to suffer the most damage. Read the full story here.

Photos: A sea of smiles at the 44th annual Valley East Days

If the number of parked cars in the Hanmer Valley Shopping Centre parking lot and surrounding residential area were any indication, this year's Valley East Days was an incredible success. Forty-four years after being introduced to the Hanmer community, this highly anticipated three-day event continues to draw upwards of 30,000 people from Greater Sudbury and beyond. Read the full story here.

A relatively young Rayside-Balfour Canadians team lost both ends of a season-opening home and home set with the veteran-laden Powassan Voodoos this week, but it's a pretty sure bet that they felt much better following game one than game two. Playing at home Thursday night in Chelmsford, the Canadians received a standout performance between the pipes from Sudbury Wolves' draftee David Bowen as Gabby Kioki snapped a 2-2 tie, early in the third, lifting the visitors to a 3-2 win. Read the full story here.

Nothing but blue skies in the forecast for Monday and a high of 18. Fog patches expected early this morning should dissipate by this afternoon. Increased cloudiness overnight as temperatures reach the low of 9.

Here are seven stories to start your day
Feb 14, 2020 6:00 AM
Comments
We welcome your feedback and encourage you to share your thoughts on this story. We ask that you be respectful of others and their points of view, refrain from personal attacks and stay on topic. To learn about our commenting policies and how we moderate, please read our Community Guidelines.