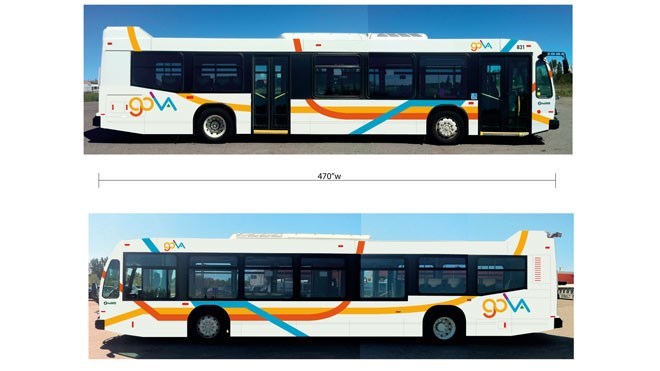 With the biggest reform of the transit system in Greater Sudbury's history coming next month, officials released some details Tuesday about what the changes will look like. Addressing the finance committee, transit director Michelle Ferrigan outlined the training and media plans in place to make the transition as easy as possible, which include 90 days of training on the new system for some key staff. “They will be experts,” Ferrigan said. “Communication is key to success.”  She also unveiled GOVA, “a distinctive name and visual symbol” derived from the English and French words for 'go.' Find more on this story here.

LPAT sets Aug. 8 as date for next hearing on Kingsway appeal:

Eight months after the last hearing, Ontario's Local Planning Appeals Tribunal has set Aug. 8 as the date for the next hearing to deal with appeals attempting to stop plans for the multi-million dollar Kingsway Entertainment District. In a 41-page ruling released Wednesday, the LPAT also narrowed down the number of issues that will be dealt with at the hearing, which will take place in Greater Sudbury. The tribunal also ruled that five of six issues raised by KED opponents -- and to which the city objected -- are not planning issues and are therefore beyond the LPAT's jurisdiction. They include arguments that a referendum was required before a casino was approved.  Lawyer Gordon Petch, who represents businessman Tom Fortin, the Sudbury BIA and clergyman Christopher Duncanson-Hales, argued the tribunal has broad powers to decide what it can rule on, including legislation outside of planning issues. However the LPAT ruled the legislation it must follow gives it power over “all matters within its jurisdiction under this Act.” Under the LPAT legislation, they are to determine whether a city council decision is consistent with Ontario's Provincial Policy Statement and the local Official Plan. If it isn't, the LPAT can only order the council to make a revised decision. “Appellants can no longer expect appeals to move forward to hearings based upon planning grounds such as the impact of development on one’s property, incompatibility of a proposal with the neighbourhood, or other specific concerns unless they are related to matters of consistency with a policy statement, conformity or conflict with a provincial plan, or conformity with an Official Plan,” the LPAT said in its ruling. Therefore it doesn't have the power to rule on policies of establishing a casino made by the Ontario Lottery and Gaming Association. Get the full story here.

Manitoulin OPP charged three motorists with impaired driving in a span of less than 48 hours between July 6 and 7, including an incident where a seven-year-old child was injured. On July 7 at around 6:04 p.m., officers from the Manitoulin OPP with the assistance of the United Chiefs and Councils of Manitoulin (UCCM) Anishnaabe Police responded to a single motor vehicle collision on Highway 6 in the Township of Northeastern Manitoulin and the Islands. The investigation revealed that the driver of the vehicle had been consuming alcohol. A seven-year-old passenger in the vehicle was transported to hospital with minor injuries. As a result, a 20-year-old woman from St. Thomas has been charged with: Operation While Impaired - Alcohol, Operation While Impaired - Blood Alcohol Concentration (80 Plus), Class G1 Licence Holder - Unaccompanied by Qualified Driver and Novice Driver -B.A.C. Above Zero.

Copper Cliff execs look to shift the focus of the conversation:

There may well be some merit to the ongoing social media debate regarding the recent decision by the Copper Cliff Minor Hockey Association (CCMHA) to drop their long-established "Redmen" name and native-based logo for the upcoming 2019-2020 season. This, however, is really not where the board and executives of the CCMHA wish to see the centre of conversation. "We want to make sure the focus is on the hockey," said CCMHA spokesman Sean Dempsey, a 15+ year member of the association's organizing structure, and a man who has ties to the group dating back three or four decades. "Our numbers have gone up, our teams have been successful because the focus has always been on providing safe, fun hockey." That said, the reality is that the social environment that existed when the CCMHA was launched in 1934 differs notably from the world in which we live today. While the issue of a name change has been raised at various times over the course of the past 10 to 15 years or so, it certainly rose to greater prominence this past spring when the Ontario Human Rights Commission sent letters to forty municipalities across the province, seeking to move the entire discourse forward. In fact, some of the Copper Cliff rep teams altered their jerseys for the 2018-2019 season, moving away from the "brave head" logo and simply inserting a stylized "C" on the crest last year.

NHL vs Docs game is just a month away:

The NHL vs Docs for NEO Kids hockey game is fast-approaching, as a group of NHL players and local physicians will take the ice at the Sudbury Community Arena on Aug. 11. The event is in its fourth year and has raised approximately $440,000 for NEO Kids, with a goal of raising an additional $200,000 this year. Nick Foligno and brother Marcus were at the Sudbury Arena Wednesday morning for a kick off - or faceoff - to play a game of road hockey with some Sudbury youngsters and get the buzz going for the big game that's just one month away. The Foligno brothers were joined by local physicians Dr. Andre Michaud and Dr. Paul Gibb for the game Wednesday, and Michaud might be as excited, if not more, than the kids for the game next month. "Put it this way, I'm not suffering at all taking the ice with these guys," said Michaud with a laugh. "It's not like it's a 10 km run in the summer or anything like that. It's a joy to be on the ice with these guys and it's humbling when you see just how good they are up close." This year's roster of NHL players who will make their way to Sudbury are Nick and Marcus Foligno, John Tavares, Matt Duchene, Marc Staal, Seth Jones, Cam Atkinson, Boone Jenner, Josh Anderson, Brandon Dubinsky, Pierre Luc Dubois, Scott Harrington, Anthony Duclair, Tyler Bertuzzi and Damien Giroux. Get the full story here.

Ward 8 Coun. Al Sizer says his plans to review city services with an eye on making cuts have taken on a new urgency in light of provincial budget cuts. For example, at Tuesday finance committee, councillors were told provincial budget cuts are creating a $1.3 million gap in annual daycare funding. It's those sorts of pressures, Sizer said, that will give his core services review a fighting chance of succeeding. “There have been previous efforts by different municipalities (including Sudbury) to do a service review and divest themselves of some of the services they offer,” Sizer said.  “As we can see with the provincial government and the cuts that continue to roll out, I think we really, really have to take a good hard look at what services we offer and whether we should be in them or not.” Sizer said Tuesday the core services review could have implications for Pioneer Manor and its future as a city-owned facility. Even though it would be a multi-year process – checking to see if, for example, existing LTC homes in the city would be interested in taking over – he said it is costly for the city to operate every year, and it's a service they don't have to provide.

Sudburian Kevin Closs' new album, “In Deep,” certainly isn't his first. The veteran folk singer-songwriter, who originally hails from Manitoulin Island, has actually now released 12 albums in total. But his latest album is a little different. For the past four years, Closs has been working aboard small adventure cruise ships with Company G Adventures in the Arctic and Antarctic, taking passengers out on Zodiac boats, and at night, entertaining in the ships' tiny bars. At least in part, “In Deep” chronicles the adventures he's had aboard these ships. More on this story here.

Showers early today ending in the morning then mainly cloudy with 40 per cent chance of showers later in the morning. A few showers beginning near noon with risk of a thunderstorm. Thursday's high will be 25, feeling like 30 with the humidity. A few showers ending late in the evening then mainly cloudy with risk of a thunderstorm in the evening. Overnight low will be sitting at 15. For current weather conditions, short-term and long-term forecasts visit Sudbury.com's weather page at www.sudbury.com/weather.

Here are seven stories to start your day
May 27, 2020 6:00 AM
Comments
We welcome your feedback and encourage you to share your thoughts. We ask that you be respectful of others and their points of view, refrain from personal attacks and stay on topic. To learn about our commenting policies and how we moderate, please read our Community Guidelines.