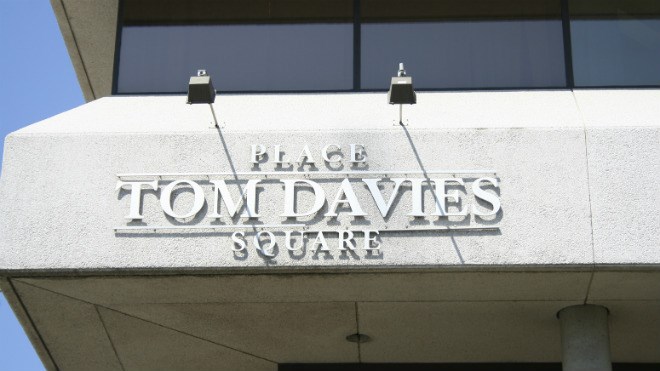 The demographics of Greater Sudbury's 12 wards aren't expected to change dramatically enough over the next decade to require a review, says a report headed to city council next week.

The demographics of Greater Sudbury's 12 wards aren't expected to change dramatically enough over the next decade to require a review, says a report headed to city council next week. The report is part of direction to staff from a 2015 ward review, in which council asked for a detailed report on population and other information after the 2018 municipal election to evaluate whether any changes need to be made. Under a ward boundary review policy adopted in 2008, a review of wards is automatic when the population of a ward is 25 per cent higher or lower than the combined average of all 12 wards. Currently, the average population of each ward in Greater Sudbury is 13,461. The largest ward by population is the South End's Ward 10, which has 14,736 residents, or 9.5 per cent above the average. The smallest ward is Ward 8 in New Sudbury, which has 11,510, or 14.5 per cent below the average. More on this story here.

Election 2019: Your guide to who's running where and for whom:

With the passing Monday of the deadline to register, voters in Nickel Belt and Sudbury now know exactly who wants their vote as the Oct. 21 federal election draws near. Nickel Belt, with about 72,100 people across a huge riding of 30,490 kilometres, has five candidates. Historically, the riding has gone either New Democrat or Liberal since it was created in 1953. Former mayor John Rodriguez held the Nickel Belt for the NDP from 1972-1980, and again from 1984-1993. Liberal Judy Erola was elected from 1980-84, and Ray Bonin took the seat for the Grits from 1993-2008. Incumbent Marc Serré won the seat in 2015 from New Democrat Claude Gravelle, who held the seat since 2008. Serré is running for re-election this year against New Democrat Stef Paquette, Conservative Aino Laamanen, Green Party's Casey Lalonde and Peoples Party of Canada candidate Mikko Paavola. Get to know the candidates here.

Kids around the world are joining 16-year-old Swedish environmental activist Greta Thunberg in refusing to go to school as she calls on world leaders to take stronger action on climate change. That includes Sudbury's own Sophia Mathur. Since last year, the 12-year-old Lo-Ellen Park Secondary School student has been striking from school once a month on Fridays in solidarity with Thunberg. Last week, with climate change rallies taking place across the world, the Rainbow District School Board declared a climate change emergency. The school board is following in the footsteps of the City of Greater Sudbury, which also declared a climate change emergency this past May. Get the full story here.

Sudbury and Nickel Belt’s '100 Debates on the Environment' town hall meeting is set for Thursday at St. Andrews Place, 111 Larch St. in downtown Sudbury.  Fridays For Future youth – who took part in last week's global climate strike – are asking some of the questions. Organizers aim to hold 100 debates on the environment across Canada ahead of the Oct. 21 federal election. For the Sudbury meeting, the doors open at 5 p.m., and candidates in the Sudbury riding will answer questions from 5:30-7 p.m. At 7:30 p.m., the Nickel Belt debate begins and runs until 9 p.m.

For Brendon Matusch, science is a lot like art. “What I love about science and engineering is that you can think of it like painting and writing, except that your canvas is stuff that you build in the real world,” said the Grade 12 Lo-Ellen student. Matusch has spent his high school career sharing this poetic passion for science through his award-winning research at science fairs across the country, and around the world. After heading to his first Canada-wide science fair in Montreal in 2015 when he was in Grade 8, he went on to present in Regina, Ottawa, Ireland, and Arizona. At the time this was being written, he was at yet another fair, this time in the high tech metropolis of Abu Dhabi, United Arab Emirates. Matusch’s interest in science started far earlier than his science fair fame, though. The child of two systems engineers, he was exposed to science early and often. Get the full story here (https://www.sudbury.com/discover/discover-video-games-dark-matter-and-a-chat-with-rising-science-star-brendon-matusch-1723481).

Crime of the week: Fifth-wheel camper stolen from Lavigne property:

Crime Stoppers and the Nipissing West OPP are requesting the public’s assistance in identifying suspects involved in a theft incident. Sometime between the evening of Sept. 11 and the evening of Sept. 13, unknown culprit(s) stole a travel trailer from a storage property located on Alouette Road in Lavigne. The recreational vehicle (RV) is described as a 41 foot 2014 Sandpiper fifth-wheel camper, beige in colour with some brown, bearing Ontario plate N32 87W. It also has a small dent on the rear bumper, near the ladder. The estimated value of the stolen property is approximately $82,000. If you know who committed this crime or any other crime, call Crime Stoppers at 705-222-TIPS (8477) or 1-800-222-TIPS (8477), or submit a tip online at www.sudburycrimestoppers.com.

The West Nipissing (Warren) Detachment of the OPP is seeking the public's assistance with a theft investigation. Sometime between Aug. 5 and Sept. 16, unknown suspect(s) stole an all-terrain vehicle (ATV) from a secluded hunt camp located on Third Concession Road in Hagar. The ATV is described as a 2013 Polaris Sportsman 400, blue in colour, bearing Ontario marker: 82YL4, with a black Kimpex snow plow attached to it. It also has a large black toolbox on the back and a homemade gun rack on the front. Suspects also stole the solar trickle charger and the ATV cover. The estimated value of the stolen property is $5,500. This investigation is continuing and police are asking anyone with information regarding the person(s) responsible for this theft, to contact the Ontario Provincial Police at 1-888-310-1122 or their nearest police authority. Should you wish to remain anonymous, you may call Crime Stoppers at 1-800-222-8477 (TIPS) or submit information online at www.sudburycrimestoppers.com where you may be eligible to receive a cash reward of up to $2,000.

Mainly cloudy Wednesday with a 30 per cent chance of showers in the morning and early in the afternoon. Much cooler out there today with the high only getting up to 10. Mostly cloudy into the evening with winds gusting up to 40 km/h. Overnight low will drop all the way down to 2. For current weather conditions, short-term and long-term forecasts visit Sudbury.com's weather page at www.sudbury.com/weather.

Here are six stories to start your day
Sep 17, 2020 6:00 AM
Comments
We welcome your feedback and encourage you to share your thoughts. We ask that you be respectful of others and their points of view, refrain from personal attacks and stay on topic. To learn about our commenting policies and how we moderate, please read our Community Guidelines.