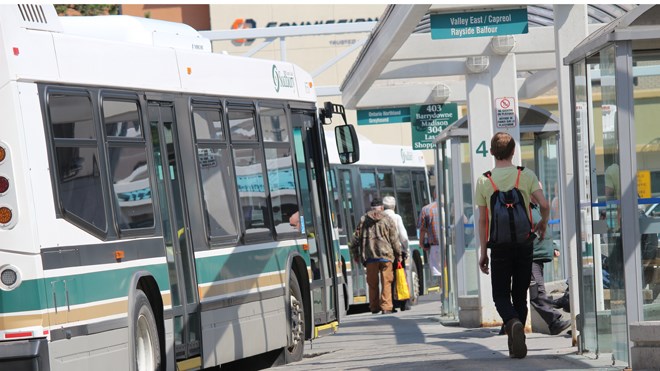 A week that saw two violent stabbings in the city's downtown core has pushed Mayor Brian Bigger to develop a “task team” that will address the social issues that have been plaguing the area.

A week that saw two violent stabbings in the city's downtown core has pushed Mayor Brian Bigger to develop a “task team” that will address the social issues that have been plaguing the area. Bigger met with community leaders on Tuesday to discuss strategies for tackling issues of violence, drug use, vandalism and mischief in the downtown, but the evening before he held the meeting, a number of downtown business owners were having a meeting of their own. Many downtown businesses have been victims of vandalism and owners have witnessed first-hand the issues that run rampant in the streets of downtown Sudbury. Despite the recent spike in incidents, these business owners are not ready to give up on the place they've chosen to call home and are ready to fight for their corner of the city, several told Sudbury.com. "Our long-term goal is really to continue to push the authorities that we need to have on board to give us the programs that the downtown needs that they've promised," said Sue Peters, owner of Cedar Nest. "The master plan, where is that? What happened to that? We're a great bunch of dedicated downtown business owners and the downtown isn't going anywhere. We need police presence, everyone says it, we need action." Get the full story here.

It may come as little surprise, but the COVID-19 pandemic continues to have a significant impact on policing in Greater Sudbury. “These are challenging times for people in our profession, and the health and safety of our members has to be the foundation,” said Police Chief Paul Pedersen, who provided an update on the service’s strategic direction during the monthly Police Services Board meeting. “It has been a unique year with COVID-19 and an entire host of community tensions, such as the opioid crisis, but our vision and mission remains the same. There are many complex issues we are dealing with, and only collaboratively with other agencies can we deal with them. “Our strategic direction has not been taken off course (as a result of the pandemic). We’re on a good path, progressing forward, and as chief, I’m proud of the work our members do day in and day out.” A downtown action team is being formed on the heels of the meeting with Greater Sudbury Mayor Brian Bigger and Chief Medical Officer of Health Dr. Penny Sutcliffe earlier this week. “While we already have resources downtown, it’s quite clear that right now, at this point in time, we need to put even more resources downtown,” Pedersen said. “We are bringing resources from other areas of the organization and putting this together with the goal being prevention, intervention and enforcement. That will be part of our role as part of the action team, and we are going to see if we can’t be part of the solution.” More on this story here.

Council will have to make some tough decisions for the 2020-2021 budget:

The city is facing a $16-million shortfall in their 2021 budget and that money will have to be recovered somewhere if the planned 3.9-per-cent tax increase is to be maintained. Greater Sudbury's finance and administration committee met on Oct. 20 and after some lengthy discussion, established a framework for staff to return with a number of business cases and reports that will shape the direction of the 2021 budget. While the 2021 budget is still in the fairly early stages, and some tough decisions are on the horizon for city council, the committee heard Tuesday that there was some positive news in this year's budget variance report. Thanks in large part to more than $12 million that will be received through the province's Safe Restart Funding Agreement, the city is projecting a $3.9-million surplus for the end of 2020. The city's manager of financial planning and budgeting, Steve Facey, provided the most recent budget variance report on Tuesday night, lending credit to council's decisions over the course of the pandemic, along with the provincial funding for the positive year-end financial outlook. Full story can be found here.

The province's public health agency has confirmed 790 new cases of COVID-19, 719 recoveries, and nine deaths in Wednesday's epidemiological update. The nine deaths reported Wednesday include five people between 60 and 79 years old, one person between 40 and 59 years old, and three people over the age of 80. Based on the Oct. 21 report, another 44 people have been hospitalized with the coronavirus, including six people who have been admitted to intensive care units.  Of the 790 new cases reported, 56 per cent are individuals under the age of 40. The four provincial hotspots currently under stage two restrictions reported 77 per cent of the new cases included in today's report. Toronto Public Health reported 321 new cases, Peel reported 157 new cases, York reported 76 new cases, and Ottawa reported 57 new cases. The province confirmed 144 new school-related cases today, including 66 student cases, 13 staff cases, and 65 unidentified cases. There have been 1,569 school-related cases since the beginning of September, and they are spread across 518 schools (10 per cent of the schools in Ontario). There are four schools currently closed because of COVID cases. There are 19 new COVID-19 cases confirmed in childcare settings, according to the province's report for Oct. 21.

Are workers in danger if they're not told about COVID-19 in the workplace?

The health and safety of Ontario workers has come into question at Queen's Park for the reason that the Ontario government is not revealing the names of businesses or companies where a COVID-19 outbreak might be happening. The issue was raised by Niagara Falls MPP Wayne Gates, the NDP critic for workplace health and safety. He said the government needs to be more transparent if and when on outbreak occurs. Gates spoke out during question period on Monday. "Workers in Ontario have the right to know their workplace is safe, yet this Conservative government will not disclose when or where COVID outbreaks happen in workplaces. This means that if there is a workplace outbreak, workers and the public won’t know," said Gates. He said it puts workers at risk and increases the chance of spreading the virus in the community. "We need to find COVID hot spots and stop the spread. Nowhere was it more clear than with outbreaks and deaths on farms, in meat-packing plants and in long-term care," said Gates. Ontario Labour Minister Monte McNaughton responded by saying his ministry works every day to protect the health and safety of all Ontario workers. Find the full story here.

After an angry patient went on a rampage through the emergency department of St. Joseph's General Hospital in Elliot Lake on Oct. 16, the Ontario Nurses Association is raising the alarm about the level of workplace violence health-care workers in Ontario face. The incident last Friday saw the agitated patient tear through the hospital's ED, smashing equipment and damaging property while frightened staff and patients tried to stay out of his way. Staff called a Code White (indicating violence) and officers from East Algoma OPP responded to deal with the situation. The hospital emergency department reopened later in the day, but ambulances and walk-in patients were referred to Blind River while staff cleaned up debris. Hospital CEO Pierre Ozolins told ElliotLakeToday.com that he was thankful there were no injuries during the incident. Unfortunately, said Ontario Nurses' Association (ONA) president Vicki McKenna, workplace violence in health care is all too common, and she is calling for immediate action to keep health-care workers and patients safe from violence. "A serious incident in the emergency room of St. Joseph's General Hospital has again demonstrated just how unprepared this and many employers are for workplace violence," McKenna stated in a news release this week. "It is unacceptable that a patient was able to do extensive damage in the hospital while registered nurses and health-care professionals – and their patients – were unprotected." More on this story here.

After being forced to cancel its summer theatre festival due to the COVID-19 pandemic, YES Theatre returns in November and December with two projects. “It has been a very difficult period of time for artists all over the world,” said YES Theatre artistic and managing director Alessandro Constantini, in a press release. “We all have to be learning to navigate the very difficult reality of so many projects being postponed or canceled. It brings me great joy to announce these projects and provide much needed arts and culture events to our community! We assure you that safety is our #1 priority! Get thee to the theatre!” In partnership with Sudbury Theatre Centre, YES Theatre presents “Bed & Breakfast” by Mark Crawford Nov. 27 to Dec. 13. Constantini and another YES Theatre veteran, Jake Deeth, star in the show. It’s directed by Janie Pinard. More on this story here.

A mix of sun and cloud to start the day, becoming cloudy near noon. Daytime high will get up to around 11 for Thursday. Cloudy into the evening with some heavy rainfall possible. We could get up to 30 mm of rain Thursday evening. Overnight low will be 4. For current weather conditions, short-term and long-term forecasts visit Sudbury.com's weather page at www.sudbury.com/weather.

Here are six stories to start your day
Nov 25, 2020 6:00 AM
Comments
We welcome your feedback and encourage you to share your thoughts. We ask that you be respectful of others and their points of view, refrain from personal attacks and stay on topic. To learn about our commenting policies and how we moderate, please read our Community Guidelines.