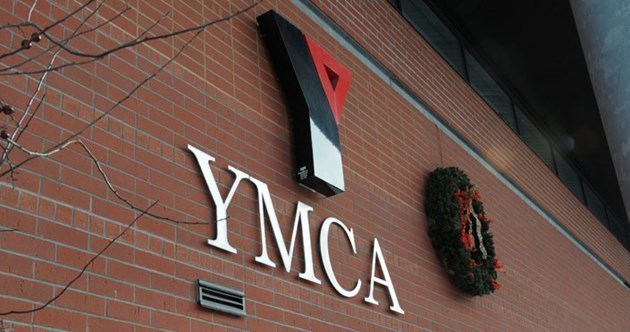 ParkSide Centre to provide warm place to eat for up to 50 homeless residents:

The city is moving forward with providing warm spaces to eat for its most vulnerable citizens. But for the second time in as many council meetings, a members' motion brought forward by councillors Robert Kirwan and Bill Leduc was deferred, and may end up being rendered redundant by the time council reconvenes on Dec. 15. Leduc and Kirwan were seeking to have a pair of warming trailers set up across from the Samaritan Centre on Elgin Street, as a means of providing a warm place for the city's homeless to eat their meals. Since a Nov. 3 meeting of the finance and administration committee, the city has been plowing forward on improving service levels for the homeless population, opening the YMCA and Sudbury Action Centre for Youth (SACY) seven nights a week from 10 p.m. to 7 a.m. In the meantime, discussions have been ongoing between the city and the ParkSide Centre for using space within the building for those who rely on the Blue Door Soup Kitchen for their meals as a place to warm up while they eat. More on this story here.

Greater Sudbury Mayor Brian Bigger said Wednesday's meeting of the Task Team to deal with homelessness and other downtown concerns was "productive" as the group talked about identifying caps in service, leveraging existing strategies with partner groups, building organic partnerships and engaging more with the public. The statement was released late in the afternoon and said "more information will be available in the near future, but efforts are underway on engaging with community groups, people with lived experiences, business owners and the community at large." Nothing specific was revealed. The statement said the current group, consisting of community leaders at the municipal and provincial levels, "are applying their resources, expertise and networks to help establish and implement how we take on this problem." The statement also revealed that "a lot has been going on in the background, on the streets and at the council table" with such things as city council  passing a motion supporting more transition housing, expanded hours at warming shelter and the availability and dignity of a warm bathroom people can use. Get the full story here.

Editorial: We have to stop forcing police to serve as our psychiatrists:

We expect a lot of police officers but to expect them to be psychiatrists, too, is a step too far. Early Monday morning, Greater Sudbury Police responded to yet another mental health crisis call and, after hours of negotiation, resolved the situation peacefully. We have lost count of the number of these types of calls GSPS has responded to this year. In May, Regis Korchinski-Paquet fell to her death from the 24th-floor balcony of her Toronto apartment building after police responded to a crisis call from her mother. A month earlier, D’Andre Campbell was having a schizophrenic episode when he was shot dead by Brampton police who had been summoned to his house on a wellness check. In June, Ejaz Choudry, 62, Rodney Levi, 48, and Chantel Moore, 26, were all shot and killed after police were called to their homes for wellness checks. Too many Canadians are dying because we are using police in the place of proper mental health care. Canada used to force people with mental illnesses into institutions, but as our understanding of mental health evolved, those institutions came to be seen as something else: prisons for people who had committed no crime. Read our latest editorial here.

A Sudbury woman recently found herself at the centre of controversy when she released what she called an “awareness video” on Nov. 18. Melissa Poitras-Belanger, a local real estate agent and country singer, worked with a local video production company to produce what is, in essence, a music video on the homelessness and addiction issues in the downtown core. Since September, Poitras-Belanger said she has been actively volunteering and leading clothing drives and other support activities in the downtown, and was so moved by the plight of the people that she wanted to do something to raise awareness. So she decided to use her singing talent to do just that. Produced with the help of Icedrum Media, the video depicts Poitras-Belanger speaking and interacting with members of the downtown community. The video also features Denise Sandul. Sandul’s 22-year-old son Myles Keaney died of an opioid overdose on Sept. 8. A memorial cross placed in front of the downtown fire station in his memory has grown into a veritable graveyard of some 80 crosses, each marking a local person’s life lost to the opioid epidemic, in front of Sudbury Theatre Centre. Despite what Poitras-Belanger said were her good intentions, the music video is being criticized by at least one service group that works with the vulnerable downtown population as exploitative. Full story here.

Greater Sudbury Police are seeking information on the location of 40-year-old Gary Hamilton. It's unknown when Hamilton was last seen. "Through conversations with Gary’s loved ones, there is a concern for his well-being," said GSPS in a tweet Wednesday afternoon. Hamilton is described as 6-foot tall, 250 lbs. with blonde hair and blue eyes. Anyone with information on his whereabouts is asked to contact Greater Sudbury Police at 705-675-9171.

Sudbury woman Meagan Yawney is hoping to win a global online competition for bakers, but she needs your votes to accomplish her goal. Yawney has made it through to the quarterfinals of The Greatest Baker contest, with a chance to win $10,000, be featured in Bake from Scratch Magazine and win a year’s supply of Stuffed Puffs (a type of fancy marshmallows). Voting closes at 11 p.m. Thursday, Nov. 26. You can cast your vote and check out Yawney’s profile online here. Yawney said she always loved baking as a kid — she first attempted cream puffs at the age of seven, and they were a “spectacular failure.”  She didn’t let that stop her, though, and she attended the Le Cordon Bleu culinary school in Ottawa, graduating in 2006. Find out more here.