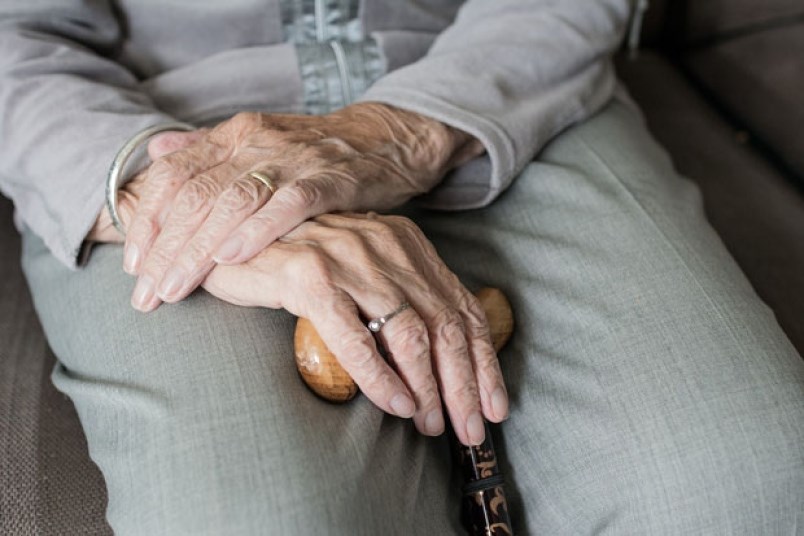 Ontario is investing more money into the idea of using community paramedics to provide health care to senior citizens in their own homes. (File)

Province invests $15M to expand program that sends paramedics to care for seniors at home:

Ontario is investing more money into the idea of using community paramedics to provide health care to senior citizens in their own homes. The Ontario government announced Friday it will invest up to $15 million to expand the Community Paramedicine for Long-Term Care program. This initiative will help more seniors on long-term care waitlists stay safe while living in the comfort of their own homes for a longer period of time, said a news release. The program is not currently available in all communities. As a first step, the government is inviting communities to express their interest in expanding their existing provincially funded community paramedicine programs to include long-term care, said the news release. Communities that meet the eligibility requirements will be invited to submit an implementation plan and proposed budget, outlining how they will administer a larger Community Paramedicine program this fiscal year, said the Ministry of Long-Term Care. Full story here.

The woman accused of second-degree murder in the killing of Vincent Gagne on Aug. 4 has died, Sudbury.com has learned. Melissa Eden was charged after provincial police responded to a domestic disturbance in Sables Spanish Rivers Township (the Massey area). Officers found Gagne inside the home. He was transported to a local hospital where he was pronounced dead. Eden was granted bail in October under a strict set of conditions, including living with her surety in Owen Sound, not leaving the residence unless with her surety, having no contact with several people whose names were read out in court, not possessing weapons, and not possessing or consuming alcohol or illegal drugs. Her death was revealed during assignment court at the Sudbury Courthouse on Nov. 25. The Crown, who called her death a “unique circumstance,” asked for an adjournment to speak with Gagne’s family before moving forward with the matter. It will return to court Dec. 16. Eden’s obituary said she died suddenly in Owen Sound on Nov. 21. She was 46.

The OPP have released the names of the two people who died in a crash on Highway 17 near Espanola Friday morning. Zachary Duval, 23, of Espanola, died in the crash, as did Robert McGirr, 62, of North Bay. The two-vehicle collision occurred at around 7:25 a.m. Nov. 27, approximately one kilometre west of Highway 6. Duval was driving the eastbound vehicle involved in the collision, while McGirr was driving the westbound vehicle. A post-mortem is set to take place at Health Sciences North Dec. 1. The investigation is ongoing under the direction of the Office of the Chief Coroner and the Ontario Forensic Pathology Service.

Public Health Ontario confirmed 1,746 new cases of COVID-19 Monday, which is 38 fewer than Sunday. There were more than 1,700 cases reported on both Saturday and Sunday. Of Monday's new cases, most are confined to the Greater Toronto Area. There are 390 new cases confirmed in Peel Region, 622 cases in Toronto and 217 in York Region; that represents 1,229 — or 70 per cent — of the new lab-confirmed cases reported over the past 24 hours. The agency also reported eight more deaths related to the coronavirus between Sunday and Monday. On Sunday, 24 deaths were reported. More than 1,320 cases were resolved since Sunday. Get the full report here.

This Christmas marks the 24th year that Delta Bingo and Gaming Charities, Sudbury Charities Foundation and ACT/UCT (United Commercial Travelers of America) Sudbury have teamed up to donate turkeys to Greater Sudbury families. The campaign, which represents approximately $250,000 in donations, was started by Bingo One/Delta Bingo and Gaming Founder Ray Loiselle in 1996. Loiselle and Delta’s member charities partnered with Sudbury Charities Foundation and ACT/UCT Sudbury to bring turkeys to the dinner table for 1,200 families at Christmas. With recent demand increasing, Club Richelieu de Sudbury recently jumped on board to provide extra funding to support this important initiative. “It’s campaigns like this one that help make the holidays brighter for families in Greater Sudbury,” said Richard Schwar, charity association co-ordinator.
“We are honoured to continue the legacy that Ray Loiselle had started many years ago and bring the spirit of Christmas to the community.” Revenues raised through gaming at Delta Bingo and Gaming Sudbury, by Sudbury Charities Foundation, ACT/UCT Sudbury and Club Richelieu Sudbury ensure this program continues each year.

Let’s Eat: Jak’s Diner is what you’ve been missing:

Barrydowne and Lasalle is a busy corner. For more than 30 years, Jak’s Diner has been here serving breakfasts, seven days a week. All around the calendar this New Sudbury business was where people met over coffee and toast or maybe egg, fried, over-easy, sunny-side up, scrambled, or poached.  “Sue and George ran a very successful restaurant. Now it is my career … maybe for the next three decades!” new owner Chris Cunningham said. Cunningham made the leap and bought this legendary location in September. Pretty bold. Did anyone tell him about COVID and the pandemic? Don’t worry. He has it figured out and definitely has his eyes open.  “We’re the same place you’ve always loved,” Cunningham said. Find the full story here.

Memory Lane: A history of royal visits to the Nickel City:

An enthusiastic crowd of 5,000 gathered to greet the impressive Hudson steam locomotive and 12 royal blue cars when it stopped at the Capreol train station for servicing on June 5, 1939. Well-wishers and the curious were hoping for a glimpse of King George VI and Queen Elizabeth. It was the first time a reigning monarch was visiting Canada. The Royal couple was not scheduled to make an appearance in the town following their visit to Sudbury. But the outpouring of patriotism warmed their hearts, and the decision was made to disembark from the train for a brief visit. Earlier in the day, the King and Queen, accompanied by Prime Minister William Lyon Mackenzie King, were welcomed with a parade and at a ceremony at Sudbury's Athletic Park — it was later renamed Queen's Athletic Field in honour of the Royal visit. In the declining years of the British Empire, happy school children waved stick Union Jack flags and sang “Rule Britannia!” and “God Save the King.” The 1939 Royal tour was a public relations coup that cemented Canadian support for Britain just three months before the first shot of the Second World War was fired. After 1931, Canada had control of its own foreign policy. Britain’s declaration of war didn't automatically commit Canada, as had been the case in the First World War. Take a stroll down the latest Memory Lane here.

Cloudy today with snow and local blowing snow beginning early in the morning. We could see up to 10 cm of snow today and wind gusts up to 70 kmh. Tuesday's high will be -2, feeling like -13 with the wind chill. Periods of snow this evening with up to 4 cm possible. Overnight low will be -5, feeling like -13. For current weather conditions, short-term and long-term forecasts visit Sudbury.com's weather page at www.sudbury.com/weather.