Here's what's happening around Greater Sudbury today
May 7, 2021 6:00 AM By: Sudbury.com Staff 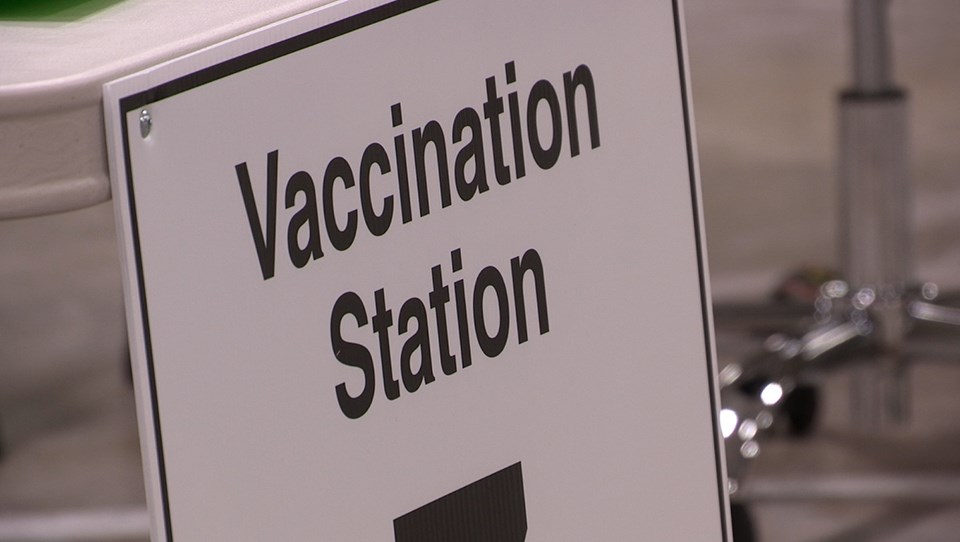 Sudbury residents looking to get their COVID-19 vaccine might be pleased to hear things just got more convenient. A drive-through vaccine clinic is being set up at the Real Canadian Superstore on Lasalle Boulevard for Monday, May 10. The drive-through is being set up by the Primacy Medical Centre, which is a walk-in clinic at the Superstore location (east parking area). The event takes place between 8 a.m. and 4 p.m. Sudbury physician Dr. Dennis Reich, the owner of the medical centre, said vaccine seekers can call by telephone or book an appointment online. The clinic is not a show-up-and-wait event. Everyone must make an appointment and show up no sooner than five minutes before the appointment. Reich said the idea for the drive-through is partly due to the growing sense of urgency for vaccinations now that Ontario is struggling with the third wave of the pandemic. "This came out of necessity," he said. "The government is ramping up vaccinations. Ages are falling, restrictions are falling. There are a lot of people who can't get through to the arenas. There is a need for volume," he added. Reich said he learned that other communities in Ontario had tried the drive-through concept and it worked okay. More on this story here.

Public Health Sudbury and Districts (PHSD) reports eight new cases of COVID-19 for today, Thursday May 6. PHSD also said there are now 92 active cases being monitored by public health officials. Also, since the PHSD began tracking COVID-19 cases just over 14 months ago, there have been 1,995 total COVID-19 cases confirmed locally. PHSD also said 1,903 of those cases have now been resolved. With respect to where the newest COVID-19 cases might have occurred, the PHSD daily update page reported that seven cases were found in the Greater Sudbury area, and one case was linked to the wider Sudbury district. In terms of possible causes of the new and recent cases, PHSD reported eight cases linked to close contact of a confirmed case, one case that was travel related, and one case with no known epidemiological link. On the provincial COVID-19 register Thursday, the Ontario government daily website reported 3,424 new confirmed COVID-19 cases across the province.

Greater Sudbury Mayor Brian Bigger is disappointed in how a recent conversation he had with NDP leader Jagmeet Singh has been characterized on social media. Sudbury MPP Jamie West arranged the online meeting, which was the first time Bigger has spoken with Singh. "I was reached by Jamie, and obviously my door is always open to Jamie, and he introduced me to Jagmeet Singh," said Bigger. "They were talking about the actions that they're taking to try and support Laurentian." Bigger says that in his role as mayor he has maintained a non-partisan position and is open to input from representatives from all political parties. "It's something that I've always tried to do, I don't believe that there's a gain for a municipal mayor to get involved in the political side of this," said Bigger. "What's important for me to represent the City of Greater Sudbury is to have an open door with everyone involved." Singh tweeted on April 27, "Over the last 2 weeks, I've met with students, professors, workers & the mayor of Sudbury - I've even held a townhall. The common denominator in every meeting and conversation has been the desire to see the Liberals get off the sidelines and help Save Laurentian University." Bigger retorted, "at no time during our meeting did I say this. I have a great relationship with @MarcSerreMP and @LefebvrePaul. They work hard for our community." "I was disappointed in the way that the conversation was characterized," said Bigger. "It was likely unintended but I did feel the need to qualify because it's important to maintain open communication and those solid relationships." Get the full story here.

As it continues restructuring, Laurentian says its spring semester enrolment is strong:

As Laurentian University starts the second phase of its insolvency restructuring, the university has put out a press release saying that its spring semester enrolment is strong. “We are encouraged to see that our enrolment levels this spring are very similar to last year and substantially ahead of our 2019 enrolment. Students are wise to take advantage of the Spring Semester and further their education,” said Robert Haché, president and vice-chancellor of Laurentian University, in a press release. The spring semester, which started May 3, plays a key role in allowing students to take extra courses on new topics, or catch-up on courses they may have missed.  There are currently over 4,300 domestic and international students enrolled for this Spring Semester, both at the graduate and undergraduate levels. This semester, which will be delivered largely remotely, plays a key role in allowing students to continue their education safely from home.

Fundraising in a pandemic presents some serious challenges, but St. Joseph’s Villa seems to be on top of things, have raised almost 75 per cent of its $4.2 million goal in its three-year Caring Beyond capital campaign. The money is being raised to cover the costs of a new roof, a new heating, ventilation and air conditioning system, as well as windows, beds and mattresses, kitchen and bathroom equipment, chairs and blanket warmers among many other essential accessories. Donations to date include $1.8 million from the federal and provincial governments, $500,000 from the City of Greater Sudbury and more than $700,000 from corporations and individuals from across the region. “The level of commitment from individuals, families, businesses and senior levels of government has been key to the campaign’s success to date,” said campaign co-chair Celia Teale. St. Joseph’s CEO Jo-Anne Palkovits said homes like St. Joseph rely solely on Ministry of Long-Term Care (MLTC) funding and residents’ fees for the basic costs of personal care, food, staffing and accommodation. Under-funding of long-term care has long been a challenge, and that funding model does not include sorely needed capital spending. Find the full story here.

A North Bay man wanted in connection with an alleged robbery involving a firearm on April 10 has been arrested by the Greater Sudbury Police Service, and is now in custody in North Bay. Cameron Lawrence Robert Trodd, 26, of North Bay, is charged with one count of robbery with violence, two counts of failure to comply with release order, one count of use of firearm while committing an offence, and one count of possession of a firearm or ammunition contrary to prohibition order. After an investigation, Trodd was arrested May 4 by members of the Greater Sudbury Police Service at a Sudbury home on the strength of the arrest warrant originally sought by the North Bay Police Service. Trodd is alleged to have been involved in a robbery involving a firearm at a house in the Percy Street area of North Bay at 3 p.m. on April 10. He is currently in custody awaiting a bail hearing at the North Bay Courthouse.