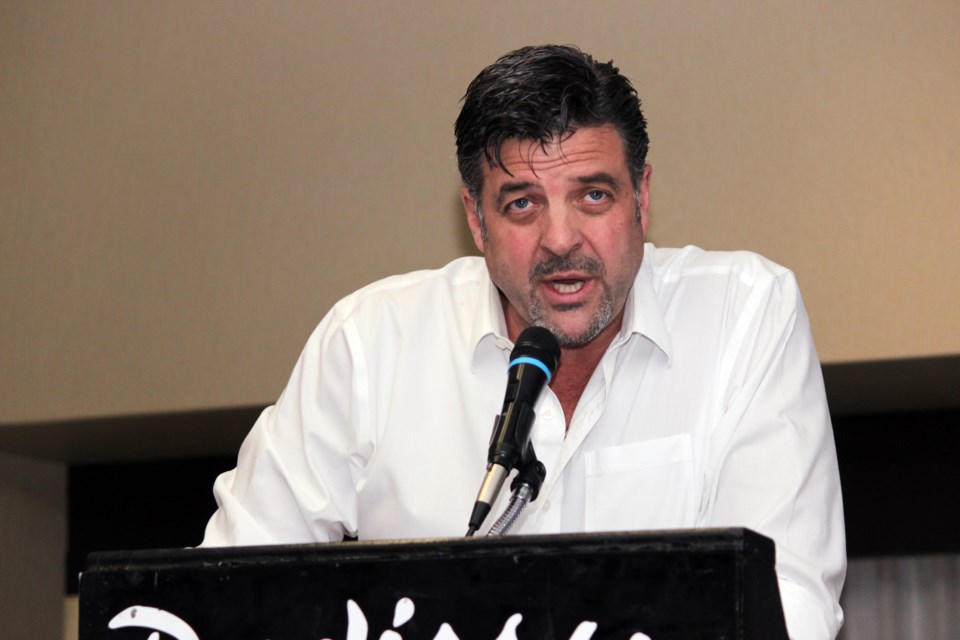 With the appeals process still unfolding over the Kingsway Entertainment District, developer Dario Zulich has conditionally agreed to buy the Chateau Guay Motel, near the KED site, as a temporary home for Gateway Casinos.

With the appeals process still unfolding over the Kingsway Entertainment District, developer Dario Zulich has conditionally agreed to buy the Chateau Guay Motel, near the KED site, as a temporary home for Gateway Casinos. The KED, which includes plans for a new public arena, a casino and a hotel, has been locked in a legal dispute at the Local Planning Appeals Tribunal since June 2018, and with a higher court expected to rule this month on LPAT operations, there's no light at the end of the tunnel for proponents just yet. The delay is a problem for Gateway Casinos, whose lease expires next year at the Sudbury Downs site in Chelmsford. Zulich said last week he has a plan to run a temporary casino for them out of the Chateau Guay until there's a decision by LPAT. Gateway has not committed to the plan. More on this story here.

Public Health Sudbury & Districts released its 2018 annual report on April 22. In the report, Dr. Penny Sutcliffe, PHSD medical officer of health and CEO, says that 2018 was a "foundational year for Public Health Sudbury & Districts". We worked hard to connect with local partners and create collective opportunities for health, and we implemented fundamental changes to public health at both the local and provincial levels," said Sutcliffe in the report. Highlighted in the 2018 report was PHSD issuing three drug alerts over the course of the year in an effort to prevent drug overdoses and raise awareness. These alerts were triggered by reports about street drugs potentially containing deadly substances such as fentanyl and carfentanil. Full story can be found here.

Major stretch of Hwy 17 closed due to flooding:

A major stretch of Hwy 17 has been closed until further notice due to flooding and wash-out. Both directions of the highway have been closed from Banting Drive/Wylie Road in Deep River to Powell Lake Trail in Bisset Creek. Motorists are reminded that driving on a closed highway could result in a fine of $110 and three demerit points upon conviction.  Closer to home, Hwy 537, which joins Highway 17 to Highway 69 through Wanup remains closed due to flooding, a perennial problem in the area, and one the province has pledged $2M to correct by installing a culvert and raising the roadway.

Male drivers that don't buckle up far more likely to die in crashes:

If you or someone you know is one of those people who never wears a seatbelt, this news is for you. The OPP have released results of a ten-year data trend analysis that showed 24 per cent of people killed on OPP-patrolled roads, were not wearing a seatbelt. This amounts to the death of 594 vehicle occupants, of the 2,483 who died in collisions between 2009-2018. Of those who lost their lives as a result of not wearing their seatbelt, 75 per cent were drivers and the majority were men between 25 and 64 years old. So far this year, OPP report that seatbelt use has been a factor in 10 of the 47 deaths in road collisions. If you are driving, you can be fined up to $1,000 and receive two demerit points if you or anyone in your vehicle under the age of 16 is not wearing a seatbelt or secured in a proper child seat. Full story can be found here.

Sudbury Catholic District School Board trustees have flip-flopped on a controversial busing boundary decision made two years ago, with some expressing the sentiment they were hasty in their original choice. In 2017, Sudbury Catholic District School Board administration proposed sending Grade 7 and 8 French Immersion students at St. James Catholic Elementary School in Lively to St. Benedict Catholic Secondary School in the South End, citing low enrollment, and later passed a motion preventing Grade 7 and 8 students from being bused to St. Ben's. Then, last week, after a campaign from parents and some help from Ward 2 Coun. Michael Vagnini, Sudbury Catholic reversed the 2017 decision. Board chair Michael Bellmore told Sudbury.com trustees reversed their earlier decision in order to give Walden students at this level “an opportunity to have all of the same kinds of opportunities as their peers in other schools. More on this story here.

Cheer on Sudbury as Lady Wolves go for national gold at Esso Cup:

Sudbury's powerhouse Midget squad, the Lady Wolves, are taking on Canada's best teams at the Gerry McCrory Countryside Sports Complex this week, as the country's top Midget girls team battle it out at the Esso Cup. Not only are the Lady Wolves hosting, they were also tops in the province, winning the Ontario Women's Hockey Association championship this year. The Wolves won their first match, a 6-2 trouncing of the Halifax Fire, on Sunday.  Until Thursday, the Lady Wolves play every evening at 7 p.m., with championship rounds starting Friday through Saturday. The team boasted an incredible 21-game unbeaten streak this season, with an offensive punch that saw the Lady Wolves outscore their opponents 95-19 over 22 games. Get the Lady Wolves' full Esso Cup schedule here.

Here are six stories to start your day
May 22, 2020 6:00 AM
Comments
We welcome your feedback and encourage you to share your thoughts. We ask that you be respectful of others and their points of view, refrain from personal attacks and stay on topic. To learn about our commenting policies and how we moderate, please read our Community Guidelines.