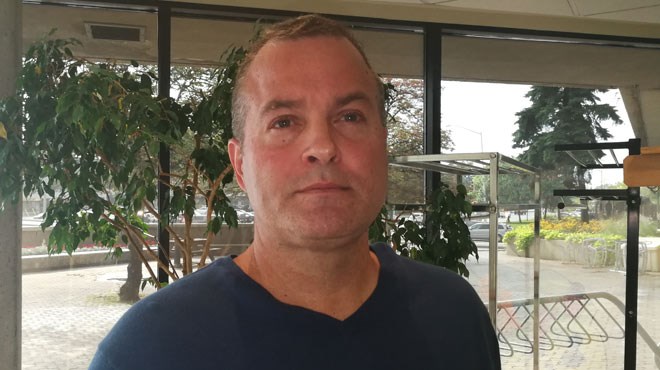 A Greater Sudbury Police Services disciplinary hearing for Robert Rheaume ended before it began when the embattled constable handed in his resignation on Aug. 20.

A Greater Sudbury Police Services disciplinary hearing for Robert Rheaume ended before it began when the embattled constable handed in his resignation on Aug. 20. The hearing was to deal with matter involving the former constable and a breach of confidence matter. Rheame was found guilty of discreditable conduct earlier this year and was ordered to forfeit 90 hours as punishment. This week's scheduled two-day disciplinary hearing was to deal with the breach of confidence matter, the third of a trio of hearings for Rheaume. On Tuesday, Aug. 20 Rheaume resigned from the Greater Sudbury Police Service. As a result, his charges are being stayed by the hearing officer, retired deputy chief Terrance Kelly. This means the judicial proceeding has stopped and charges will no longer be prosecuted. "As Const. Rheaume is no longer a police officer, the police service has no jurisdiction on any matters of misconduct against Const. Rheaume under Part V of the Police Services Act of Ontario, which deals with discipline," said GSPS spokesperson Kaitlynn Dunn. "As Const. Rheaume is no longer an employee of the Greater Sudbury Police Service, we are not able to provide any further comment." The resignation of any member of the GSPS is protected under Employment Legislation; therefore the police department are not legally able to provide any details.

The Sudbury Dragon Boat Festival has announced that its 20th annual event — which was held last month — was its last. The festival will no longer be held and the Sudbury Dragon Boat Festival Corporation will be closing permanently effective Sept. 30, said a press release issued Wednesday morning. Over the years, the festival has raised more than $1.8 million in support of nine local charitable campaigns. Each one of these capital projects was successfully completed and made a substantial impact on the City of Greater Sudbury. In the mid 2000s, the festival had more than 150 teams participating, however, through the years, the festival has faced a slow but steady decline, with only 36 teams participating in 2019. Full story can be found here.

Crime of the week: Suspects broke into Frood dam and stole equipment:

Crime Stoppers and the Manitoulin OPP are requesting the public’s assistance in identifying suspects involved in a Break, Enter and Theft and Mischief incident. Sometime during the evening of July 30, unknown suspects attended the Frood dam situated near Lawson’s Quarry on the east side of Highway 6 in Whitefish Falls. Using a grinder, culprits removed two stop logs which control the water level from the Dam and tossed them over into the water. Suspects then broke into a storage shed and stole two overhead hoists. The hoists are described as CM “S” Cyclone Hand Chain Hoists – Red in Color, rated for two ton with 30 feet of hoist chain. The estimated value of the stolen property and mischief is approximately $5,000 dollars.

Greater Sudbury Police Service has an outstanding warrant for the arrest of Jennifer Edwards. It's alleged that on April 2 and 9, Edwards failed to comply with court-ordered conditions. She is known to be in the Greater Sudbury area. Jennifer Edwards is wanted for: Fail to comply with Recognizance, Breach of Probation. If you know this person and where he is presently located, you are urged to call the Crime Stoppers tip line toll-free at 1-800-222-TIPS or locally at 705-222-TIPS (8477). You must call this number to be eligible for a cash reward. Tips can also be submitted online at www.sudburycrimestoppers.com.

'It's going to be a great year': Cinéfest releases full 2019 lineup:

Cinéfest Sudbury International Film Festival has revealed the full lineup of 130 films for the Sept. 14-22 festival, and according to Tammy Frick, “it's going to be a great year.” “That's the best part, is getting it out there, so we can start talking about the films,” she said at the Wednesday lineup reveal at SilverCity Sudbury Cinemas, where the film festival takes place. Frick said she's “exhausted, but in a good way” after finalizing the lineup and making some last-minute film additions. If you'd like to check out the full slate of Cinéfest films, those are now now available on the festival's website. You can also check out this year's gala films here.

Enjoy all the gravy and cheese curds you could hope for and more Aug. 23-25 at the third annual Sudbury Poutine Fest presented by Thornloe Cheese. Food vendor space for this year's event has sold-out, meaning a much wider selection of poutine options for the nearly 25,000 guests expected to attend this french fry focused festival. The event will also include arts, crafts, live music, a kids-zone and evening beer gardens for patrons 19 years of age or older after 8 p.m. This three-day event will be hosted Friday from 4 p.m. to midnight, Saturday from 11 a.m. to midnight and Sunday from 11 a.m. to 6 p.m., at Bell Park's Grace Hartman Amphitheatre. Admission is $3 a person, $5 a pair and free for children 12 years of age and younger, before 8 p.m. Admission for evening concerts after 8 p.m. are $5 for individuals 19 years of age or older. Tickets are available on a first-come, first-serve basis, capacity permitting.

Here are seven stories to start your day
Feb 25, 2020 6:00 AM
Comments
We welcome your feedback and encourage you to share your thoughts on this story. We ask that you be respectful of others and their points of view, refrain from personal attacks and stay on topic. To learn about our commenting policies and how we moderate, please read our Community Guidelines.