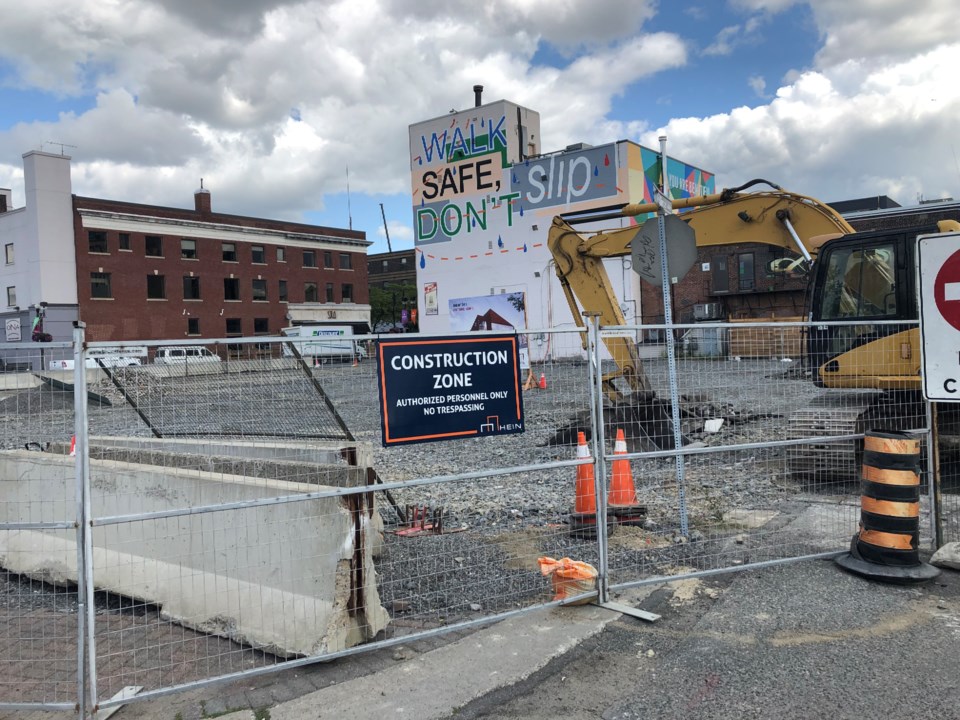 The city's big projects are moving forward, albeit at an uneven pace, city council was told Tuesday in the first major update since the spring. Ian Wood, the city manager overseeing the projects, said plans for the Kingsway Entertainment District, the new library and art gallery and the Place des Arts have all progressed over the summer. “We believe we are building positive momentum for all the projects,” Wood said. A case management conference took place in August, the latest step in hearing the appeals of the planning approvals for the KED. Wood said the city was successful in getting six issues struck from the planning appeals – out of 19 – and a decision on their motion to have one of the appeals – from the Minnow Lake group – struck entirely is expected this fall. A hearing to actually deal with the appeals is set for May 2020. Get the full story here.

Trial date for Robert Steven Wright to be scheduled Thursday:

Robert Steven Wright is scheduled to appear in court via video remand on Thursday, Sept. 12 in order to have a trial date set. On Aug. 16 the Crown Attorney's office was successful in its effort to authorize a direct indictment against Wright for second degree murder in the killing of Renée Sweeney. Wright, 38, remains in jail after being denied bail in March. He was arrested Dec. 11, 2018, and was originally charged with first-degree murder. No reasons have been given explaining why he now faces second-degree murder charges.

Sudbury's own #FridaysForFuture activist Sophia Mathur, 12, is finally going to meet her idol, 16-year-old Swedish climate change activist Greta Thunberg. Mathur and a handful of other young climate crusaders have been invited to sit on a panel with Thunberg at the Amnesty International Awards in Washington D.C. "I'm nervous but also excited because Greta Thunberg is my idol," Mathur said. "She was a big inspiration for me to join #FridaysForFuture because we share a passion for action on the climate crisis." Meeting Thunberg is a big deal, but following the awards presentation in D.C., the pair will share their passion with more than a million of other young strikers from around the world in a climate march in New York City on Sept. 20. More on this story here.

Changes to provincial legislation have made it much easier for cities to lower speed limits on residential streets, but Greater Sudbury should wait before lowering speeds, says a report headed to the operations committee Monday. Currently, the Ontario Highway Traffic Act sets 50 km/h as the limit in residential areas, known as the statutory speed limit. Before the act was changed, posting a lower limit required extensive signage along the roadway. “In addition, each roadway would need to have a bylaw passed prescribing the rate of speed,” the report says. “These requirements made posting large sections of a community with a reduced speed limit a substantial financial undertaking and resulted in speed limits of less than 50 km/h being isolated to small areas such as school zones.” The last time a 40 km/h speed limit was considered in Sudbury was in 2014, when a study concluded that 9,600 signs would have to be replaced at a cost of $2.5 million, plus an extra $125,000 in annual maintenance costs. Full story here.

For a second time, Greater Sudbury Mayor Brian Bigger has deferred his motion to replace the Greater Sudbury Economic Development Corp. Meeting on Tuesday at Tom Davies Square, Bigger said he's had meetings with the new chair of the GSDC, Andrée Lacroix, about his concerns and is optimistic an agreement could be reached on how the board will operate in the future. “We have been working well together,” Bigger said. “I want to keep having that conversation to find solutions together.” As first reported by Sudbury.com, Bigger moved to replace the board last spring over concerns it was making major decisions about economic priorities in closed-door meetings, leaving most of council out of the loop. More on this story here.

Residential tipping fees will be waived at all Greater Sudbury landfill and waste diversion sites from 7 a.m. to 7 p.m. Monday, Sept. 23 to Friday, Sept. 27, and from 8 a.m. to 5 p.m. Saturday, Sept. 28. Greater Sudbury residents can deliver discarded household items to local landfill sites free of charge during the above-noted week. The residential tipping fee holiday week includes disposal of up to ten passenger/light truck tires each day. There are no limits on other household waste. Residents are asked to sort their loads for proper disposal and recycling prior to arriving at the landfill site. Examples of proper sorting categories include blue box recyclables, scrap metal and appliances, furniture, electronics, concrete, leaf and yard trimmings and regular household garbage. Fees for household waste will be waived if they are delivered in a private motor vehicle. Residents who rent a vehicle or borrow a commercial pickup truck to deliver their household waste must complete a Rental Vehicle Approval Form or a Commercial Pickup Truck Approval Form. This form must be submitted to the City for approval by Sept. 16.

Mostly sunny for Thursday with some mild temperatures. Today's high will get up to around 19. A few clouds this evening with chances of showers by Friday morning. Overnight low will be sitting at around 8. For current weather conditions, short-term and long-term forecasts visit Sudbury.com's weather page at www.sudbury.com/weather.

Here are 12 stories to start your day
Feb 17, 2020 6:00 AM
Comments
We welcome your feedback and encourage you to share your thoughts on this story. We ask that you be respectful of others and their points of view, refrain from personal attacks and stay on topic. To learn about our commenting policies and how we moderate, please read our Community Guidelines.