Here are some stories to start your day 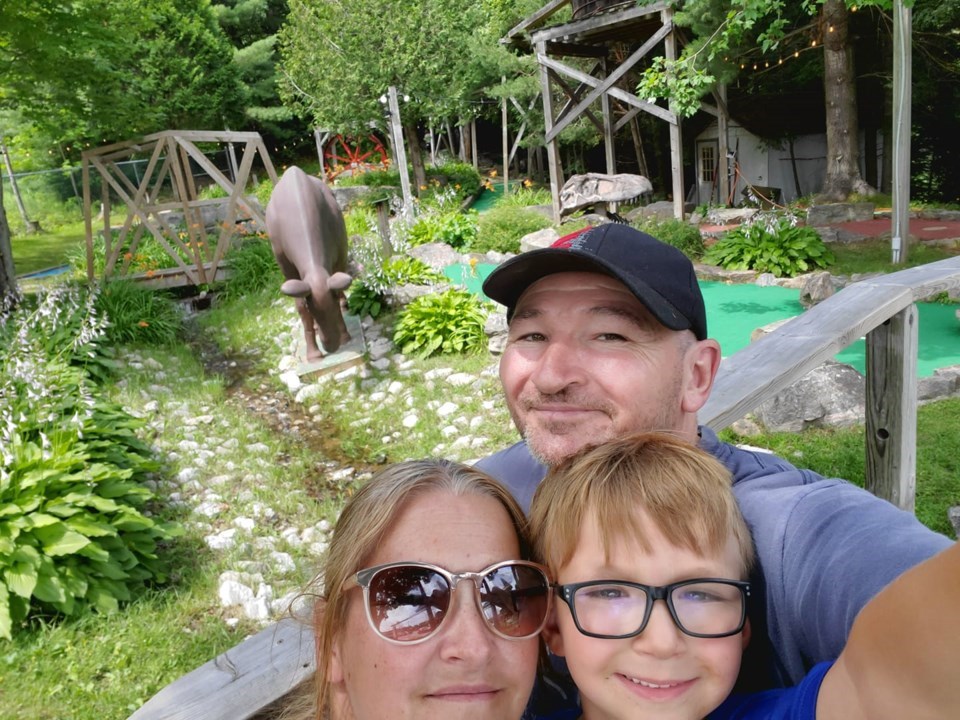 Good Samaritans jump in after small child found wandering barefoot in the rain:

A young girl spotted wandering alone down Bancroft Drive on Tuesday afternoon is safe thanks to the actions of a few good Samaritans. Rod Bazinet said around 3:15 p.m. Tuesday, July 28, he and his six-year-old son, Avery, were travelling in their truck down Bancroft, close to Holy Redeemer Church, when he spotted the child, who he said appeared to be around five years old. She was barefoot, wearing a nightgown, and clutching two stuffed animals. It was also raining, as there were on-and-off rain showers in Greater Sudbury on Tuesday. Bazinet, a social worker with Compass and a local musician, said when he spotted the young girl, he thought “that doesn’t look right,” and pulled a u-turn to see if she was accompanied by an adult. When he realized she was alone, he phoned 911 and followed behind the child in his truck because he “didn’t want to spook her.” Bazinet said he pulled over to the side of the road when the child reached Holy Redeemer Church, as did two women who said they are teachers. The women comforted the child and tried to get some information out of her while they waited for police to arrive. The child apparently said she was going to her “auntie’s house,” and when asked where that was, she pointed up the road. “I don’t think she had a really good idea of how close or far that was,” Bazinet said. Greater Sudbury Police spokesperson Kaitlyn Dunn said officers were able to locate the child’s guardians. The girl was in good health. More on this story here.

Group of cyclists draws online criticism after ride through Chelmsford:

A group of cyclists have drawn the ire of a number of Chelmsford residents after taking part in a bike ride on July 30. A Facebook post on the Spotted in Chelmsford group has drawn some back and forth debate between annoyed residents and those who took part in the bike ride on Thursday night. One concerned resident who wished to have their name withheld said that the concern with the group was that no one was adhering to social distancing guidelines, and at the same time impeding traffic. “I tried to get into the IDA parking lot and I couldn’t, there were at least 30 or so people on bikes there all side by side, blocking the entrance,” said the Chelmsford resident. “I saw a video online of them from another ride they had where they were up on the Bridge of Nations with about 20 or 30 of them, no one was social distancing or wearing masks.” Get the full story here.

Man pronounced dead in hospital after jumping from rock face in French River:

A 25-year-old man has died after jumping from a rock face in French River on Aug. 1. Nipissing West (Noëlville) OPP officers and Sudbury Emergency Medical Services responded to a call at around 5:30 p.m. on Saturday, Aug. 1. With the help of a boater in the area, OPP and Sudbury EMS responded to an incident at Devil’s Bay on Eighteen Mile Island on the North Channel of the lower French River. Investigation revealed that two people jumped off a rock face into the water. A third person jumped from the rock face and resurfaced unconscious. The man who resurfaced unconscious was airlifted the hospital, where he was pronounced dead. Brett Haines, 25, from Udora, Ont. was identified as the deceased. The investigation is ongoing under the direction of the Office of the Chief Coroner and the Ontario Forensic Pathology Service. Foul play is not suspected.

Sudbury.com is recognizing Pam Leduc-McInnis as Monday's Essential Worker of the Day. Leduc-McInnis is a lab technician at Health Sciences North (HSN) and was nominated by Chelsie Murray. "She works really hard all of the time but especially now during this pandemic," Murray wrote. "She’s such a fun loving, bubbly person. She is a daughter, niece, mom, grandma, aunt, sister, friend to many.She's always helping others. She deserves to be recognized and appreciated for all she does for her family, friends and the community. Lab techs are essential."

The federal government's COVID-19 contact tracing app is facing criticism for its download requirements, which restrict some Canadians from accessing and using the app. The free "COVID Alert" app, which became available on Friday, is designed to track the location of phones relative to each other, without collecting personal data anywhere centrally. Users are notified if their phones have recently been near the phone of a person who later volunteers that they have tested positive for COVID-19. But the app requires users to have Apple or Android phones made in the last five years, and a relatively new operating system. More on this story here.

Cloudy and cool with rain in the forecast for Tuesday. There's a 70 per cent chance of showers throughout the day. Tuesday's high will only get up to 16. Mainly cloudy into the evening with a 70 per cent chance of showers. Overnight low will get down to 10. For current weather conditions, short-term and long-term forecasts visit Sudbury.com's weather page at www.sudbury.com/weather.

Good morning, Sudbury! Here are 5 stories to start your day
Sep 18, 2020 7:36 AM
Comments
We welcome your feedback and encourage you to share your thoughts. We ask that you be respectful of others and their points of view, refrain from personal attacks and stay on topic. To learn about our commenting policies and how we moderate, please read our Community Guidelines.