‘A town is not just the houses and buildings, it’s the pride residents have in their community,’ Lynn Mazzuca
Aug 26, 2020 12:00 PM By: Marlene Holkko Moore 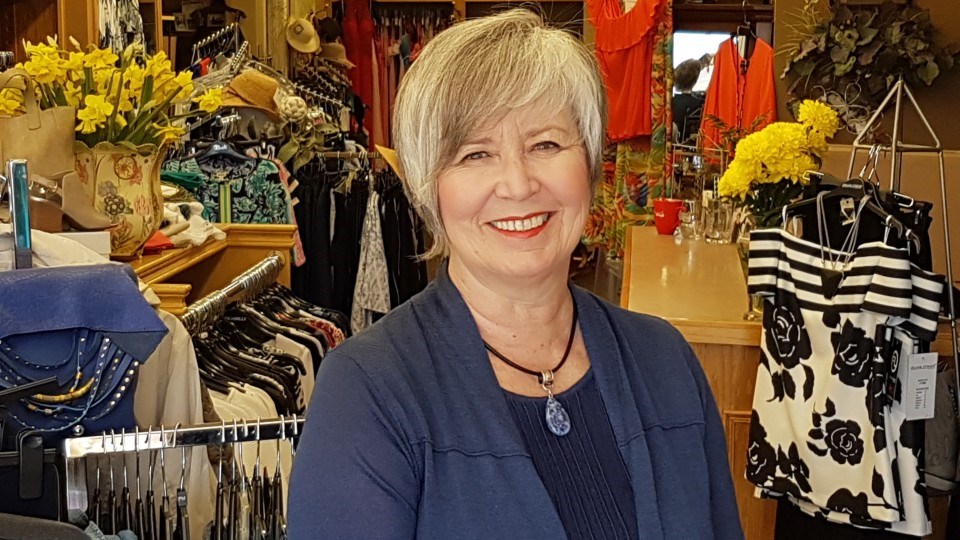 Community means everything to lifelong Capreol resident Lynn Mazzuca. “It’s the spirit of everyone who lives here.” (Supplied)

A deep sense of community pride drives Lynn Mazzuca’s dedication to her hometown. Having lived in Capreol all her life, Mazzuca believes that giving back is an important way to express appreciation to a town that has given so much to her and to her family.

Her late parents, Betty and Donald Campbell, also grew up in Capreol. They raised six children in this tight-knit community, which is about 35 minutes’ drive north of downtown Sudbury. “My father worked on the railroad and was a veteran of [the Second World War],” said Mazzuca.

Frank (Frankie) Mazzuca, the son of the late councillor Frank Mazzuca Sr., is her husband of 49 years. “We were childhood sweethearts. We met in Grade 9.”

Frankie’s parents and grandparents emigrated to Canada from Italy, eventually settling in Capreol. Railroad jobs attracted many immigrants in those early days. Their four children all remained residents of Capreol, opening various businesses in what would become Greater Sudbury’s northernmost populated town.

“So many generations have stayed here to raise their families. There was a strong loyalty to small towns because everything you needed was readily accessible right on Main Street and jobs were plentiful with CN Rail. Everyone enjoyed a good living and a good life.”

Capreol is still very much a walkable community. Those early days of the railroad line are forever captured in the town’s extensive rail museum and massive downtown historical mural.

After graduating from Capreol High School in 1970, Mazzuca attended the University of Toronto. Just one year later, she came home to marry and start a family.

Todd, the eldest, owns Northstone Chiropractic with offices in Sudbury and Capreol. His wife, Maggie, is a retirement investment broker and helps him manage the family businesses. They have two children.

Tina and her husband, John Svalina, also have two children. Tina is a math teacher at Lockerby Composite and John is an investment advisor with TD Wealth Management.

Trisha manages both of her brother’s chiropractic offices. Stepmother to two sons, she is married to Al Michel, who owns Al’s Plumbing.

Tara, the youngest, is a registered massage therapist. She lives in Aurora with her husband, Jason Wong, who works in the business development field for an energy company in Toronto. They have three children, including fraternal twins.

Mazzuca was a stay-at-home mom until her kids were all in school.

“Not long after that, an opportunity came up to go into business for myself. It was perfect timing … I was ready to tackle a new adventure.”

Having married into a family of entrepreneurs, Mazzuca embraced all the advice available to her.

“I incorporated my love for fashion and art into a ladies’ clothing boutique and opened Lynn’s Place in 1983. It was a dream come true. Another important mentor to me was Helen Gustafson, who had previously owned a local clothing store.”

Lynn’s Place became a hub of activity for this busy community volunteer, who often hosted fundraising events and dinners for local charities and town projects.

“Growing up, my parents encouraged me to join groups at school and participate in local initiatives. They believed that people should be community-minded because community supports us in so many ways.”

In high school, Mazzuca belonged to a number of committees, including the drama club and student council. “I learned so much — everything from organizing events and being accountable, to communicating with self-confidence and working with others to accomplish goals. Solid life lessons for adulthood.”

As devoted parents, Lynn and Frankie were also involved in their children’s extracurricular activities.

“We enjoyed being hockey parents and I was a Brownie leader up until Tara was born. It’s so important to be engaged in your kids’ activities and the best way to do that is by volunteering.”

Mazzuca has created and co-ordinated several community projects, from major fundraisers  in the early stages of the Northern Ontario Railroad Museum and Heritage Centre, to chairing Capreol Days, the town’s main event for countless decades.

Among her many volunteer endeavours over the years, she has co-chaired the Capreol Business Association since 2000 and Capreol Days for the last 26 years.

“The community hosted an incredible celebration of Capreol’s 100th birthday in 2018, thanks to the hard work of countless volunteers and supporters.”

The money raised stays local, whether it’s to support the food bank, community garden or re-greening initiatives, the museum or the monument at Vermillion River’s edge, to name just a few.

A spectacular mural depicting the railroad history is proudly displayed in downtown Capreol. The project was completed, thanks to the efforts of volunteers and everyone who participated in raising funds during Capreol Days 2018. “Their contributions have truly made a difference.”

Like her parents, Mazzuca has always believed that you should give back to your community. “In a small town especially, it’s a way to keep local traditions alive and show your appreciation for all that the community does for you.

“Without the support of family, I would not have been able to spend as many hours volunteering as I do. They have always been totally supportive, no matter what project I took on.

“And, I’m especially proud of my grandchildren, who have volunteered on so many of those projects over the years. It’s heartening to see that young people want to be involved and share our pride in community.”

This year has been a time for Mazzuca to reflect on Capreol’s past and look to the future.

“The opportunities are endless for the next generation of community volunteers to bring fresh, new ideas to the table. Capreol Days gets bigger and better every year. It’s so important, not only for residents, but to those who have moved away and faithfully return to reunite with their hometown.”

This annual event presents the ideal opportunity for local youth to become community volunteers, develop new skills and flex their creativity, and for members of the community to take the lead on a very special event that brings so much joy to so many.

“When it comes to volunteering your time and talents, it’s important to recruit a dedicated, diverse team and not tackle things all on your own. And, don’t forget to invite young people to join the team. Not only will they be exposed to helping others and learn responsibility and accountability, they will develop an even deeper pride in their hometown.”

“A town is not just the houses and buildings, it’s the pride residents have in their community. Community is the spirit of the people who live there. If you haven’t volunteered before, consider starting small. It doesn’t necessarily need to be through an organization or an official event. Consider giving an hour or two of your time to help someone else; lending a hand to your neighbour is a means of giving back and a great stepping-stone to the fulfilling world of volunteerism. Parents and guardians, involve your children. Volunteering is their opportunity to experience the true meaning of community hands-on and develop a lifelong sense of pride in their hometown.”