Sue Lekun knows all about putting the ‘fun’ in fundraising 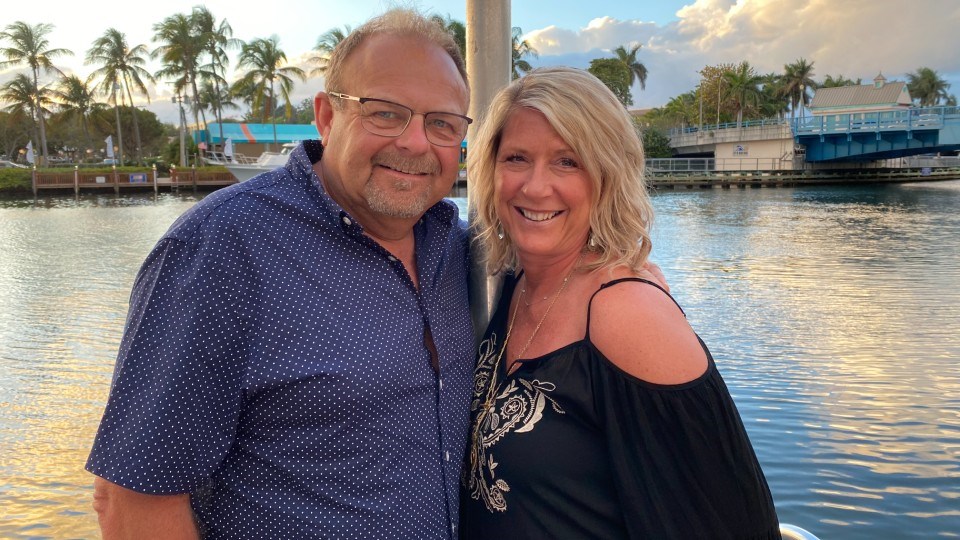 Sue Lekun, seen here with her husband of 30 years, Mike, says volunteering is the perfect way for families to demonstrate their appreciation for community initiatives and support causes that are near and dear. (Supplied)

According to long-time community volunteer, Sue Lekun, volunteering should be a feel-good moment for everyone involved. Giving back is an invaluable way to discover your career niche, apply your creativity and show appreciation to organizations close to your heart.

She has lived in New Sudbury all her life and comes from a family of barbers. “My father, Donald Ferguson, was the youngest of 13 kids. At age 15, he left home in Gogama for Montréal to learn his trade,” she explained. “The Fergusons, including my aunt and two uncles, were well-known barbers and hairstylists who operated their shops in the ’50s and ’60s on Borgia Street downtown and in the Flour Mill.”

When he left barbering, Lekun’s father became a salesman, working at a car dealership before joining a national food distribution company. When her dad retired from PJB Fineline Food Group, Lekun’s husband, Mike, replaced him at the company (now Waypoint Food Service Inc.). Her mother, Marilyn (nee St. Pierre) passed away three years ago. Raised in Sudbury, she had worked as a medical secretary for 25 years.

Lekun has one sibling, Paul. He and his wife, Nina, live in Kelowna and are parents of two active boys: Jacob, 13, is an avid basketball player and Bennett, 10, enjoys playing soccer.

Son Kyle, 28, is an aspiring referee whose career goal is to join the NHL. He was residing in South Carolina and refereeing in the ECHL last year when he was called up to the AHL. However, the global pandemic put a halt to the hockey season and forced his return to Canada in March.

Daughter Kelsey, 26, has just entered her second year as an elementary school teacher in London, England. While attending college in North Bay, Kelsey and three of her student colleagues accepted overseas teaching jobs upon graduation.

Lekun’s first part-time job came at age 13, when she helped at an ice cream parlour located in Rue Laronde (a popular attraction at the New Sudbury Shopping Centre). Then, as a high school student, she worked part-time at A&A Records in that mall. “It was a natural fit for me. I love people and I love music—my earliest jobs affirmed that sales should be my career path.”

Lekun was becoming quite well-prepared for the working world, thanks to her volunteer roles in high school, as a hospital candy striper and through her part-time sales experience.

Early in her career, Lekun worked in the fragrance department at Sears, where she was also responsible for planning and executing corporate sales events (some two dozen per year). The company also enlisted her involvement in the community, which fuelled Lekun’s passion for fundraising and networking.

“I created offsite events to help draw more customers to the store, and I would attend networking events like those hosted by the Chamber of Commerce. It was my first taste of what businesses were out there and how they were active in the community.”

In the early 2000s, Lekun joined Groupe Levert Group.  “My initial role as a bilingual account manager led to developing a niche in office/clerical staffing.”

The personnel agency had launched Celerity Staffing in 2010, and Lekun grew the new venture into a department of seven employees who fulfilled corporate recruitment needs across Northeastern Ontario and Newfoundland.

And, again, Lekun was encouraged to become more involved in the community. “Networking and community service opportunities have meant a lot to me, both professionally and personally.”

As a member and past president of Rotary Club of Sudbury Sunrisers, Lekun met many committed volunteers who also recruited her to join other organizations.

She is particularly proud to have helped create a Greater Sudbury version of Dancing with the Stars, which celebrated its tenth anniversary last year. “The best fit for me are organizations helping children, and events that raise tens of thousands of dollars that benefit kids’ medical needs is particularly rewarding.”

Lekun has always had a penchant for organizing events that both raise much-needed funds and are fun for participants, donors, sponsors, staff and volunteers.

A ten-year cancer survivor, Lekun has been a dedicated volunteer with the Canadian Cancer Society since 2014.

“Their Girls Take On New York event in 2015 not only raised funds toward research of many types of female cancers, it was a fun, girls’ night out with a NYC theme in everything from entertainment to menu to dress code. In subsequent years, the event has highlighted Paris, Rome and Nashville.”

Lekun’s goal as a volunteer is to create and organize events containing an element of fun and surprise.

It’s all about giving back to the community. Volunteering your time is an excellent way to do that, especially if you don’t have the resources to financially contribute to local charities or initiatives you can relate to.  When you contemplate volunteering, consider getting involved with organizations whose work and mandate hit close to home. Our daughter was a preemie and Mike and I were so grateful that she didn’t develop any health issues as a result. It just felt right to become involved with Easter Seals as our way of expressing appreciation to an organization that helps families who aren’t so lucky.  Share your vision and creativity through volunteerism. It’s the perfect opportunity to think outside the box when building community awareness about a cause that’s near and dear to you. And never miss an opportunity to put some fun into fundraising!