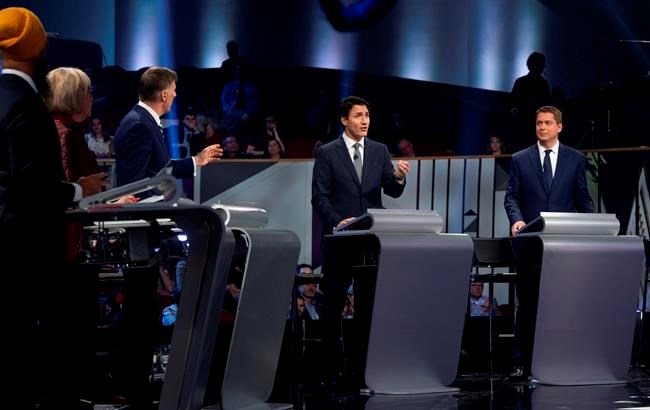 I think I can say on behalf of most Canadians that last night’s debate was an embarrassment.

Mind you, there were a couple of bright moments which deserves commentary. However, those small moments were completely overshadowed by all the things that was wrong with this format.

The two-hour debate left me feeling angry, frustrated and wondering if we are losing some of our humanity.

The following observations are just a few things that was wrong with this debate.

1) Too many candidates, which does not provide enough time for each candidate to elaborate on their policies.

2) Rules of engagement certainly needs a review. It may be entertaining for some to witness the verbal mud slinging, but for many of us, watching adults talk over each other as a defensive strategy is simply too hard to digest, let alone trying to understand what they are saying.

3) Party Values. It seems to me that the criteria to become a legitimate party that is supposed to represent the interest of all of Canada requires a serious review. Furthermore, the party itself and its leader should have values that reflect the majority of Canadians. Need I say more on that?

4) Moderator protocol. I won’t challenge how difficult it obviously is, given the behaviour of some of the candidates, but the moderator should have the skill and power to intervene when the debate gets off track. Observations, such as when candidates speak over each other and the all-too-familiar clever politician who never answers the question that is given.

In all of this, I have to applaud both Elizabeth May and Jagmeet Singh for their Canadian style of what I consider a proper code of conduct. At the end of the day, Jagmeet gets top marks for the best line of the night “Mr. Delay and Mr. Deny.”

I have yet to decide where to place my vote, but Mr. Singh, if you don’t get my vote, you certainly get my respect and admiration.