Salon owner says city project is hurting her business as she attempts to recover from the pandemic-imposed closure
Aug 19, 2020 8:00 PM By: Letter to the Editor 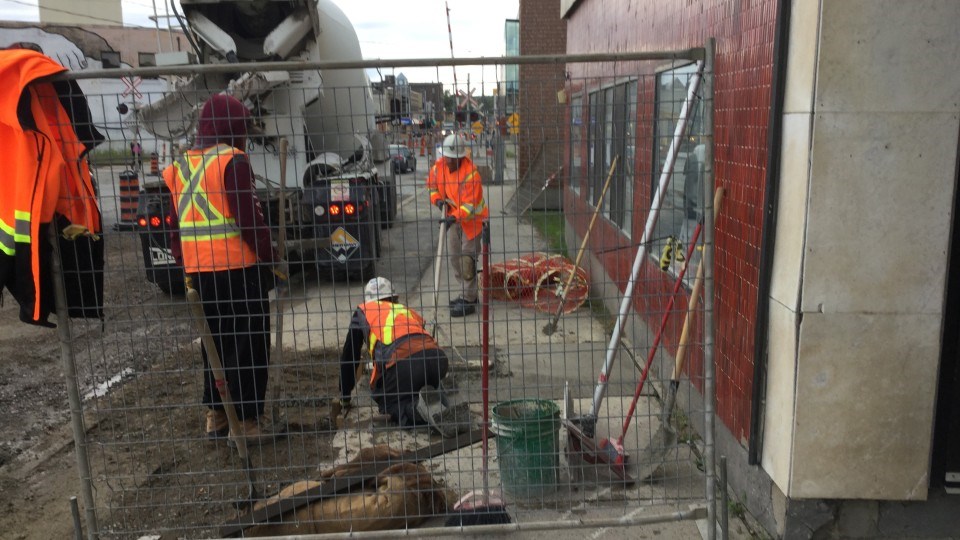 Francine Galipeau owns Trendsetter, a hair salon on Elm Street. She says she is frustrated that road work being done by the city is impacting her business as she attempts to recover from the pandemic-imposed closure. (Image: Francine Galipeau)

After 3.5 months shut down due to Covid-19, I reopened my shop to find the infrastructure job on Elm Street was still going on.

Let me be clear, the Greater City of Sudbury does need to replace the antiquated sewer and water systems. Having said that, the length of time that a contractor takes to do that is costly to both taxpayers and business people.

There seems to be a lot of men standing around staring down the holes a lot of the time. Hopefully they are discussing what to do next, but the site looks the same lately. Are these the actions of a knowledgeable contractor?

Sidewalks on both sides of the street were closed at times. Pedestrians and customers travelling Elm Street had to wait for a break in traffic so they could step on to the road to get around the fenced holes and then continue three times between the Clarion and train tracks. (There were no flagmen on site that I could see.)

After several calls to the city, I finally convinced someone to come out and take a look at what I was talking about. They came into my shop and acknowledged it was a serious/dangerous situation. They talked to the contractor and the temporary sidewalk was built.

A week or so later, the sidewalks had disappeared again and the holes were barricading the sidewalk. People were back to playing ‘Frogger’ dodging traffic to get up or down Elm Street.

When I asked the people working the job how much longer they would be there, I was always told, ‘We will be out of here shortly,’ which to me is a couple of days. Maybe I should have followed up to find out what shortly meant to the contractors.

The city told me their contracts aren’t up yet. How long does one`s contract go on for?

Today, Thursday, Aug. 13th, there was no action on the site. ‘Marc’ from the city dropped into my shop and told me their equipment was down. I say they were gone to another jobsite.

I spoke to my landlord, who told me he was informed they would be finished by the end of July.

Clients already making an effort to support a local small business have called to tell me they are not sure how to navigate through the construction. Some have kept their appointments, but many have decided to wait until the congestion subsides.

In this situation, it seems like everyone is passing the buck. It is difficult to get a straight answer.  So I went to the person I believed should know what’s going on in the city. But even the mayor’s office has people to do different parts of his job and I was unable to get a definitive answer.

What can be done? Is this the result of selecting the lowest bidder? Why can’t they work through the night when there are less vehicles travelling and possibly no pedestrian traffic? Who is accountable to whom?

I have contacted the city councillor for the downtown, the city, which hands out the contracts, and spoke with some of the workers — nobody seems to know what's up.

I do understand why people do not want to open businesses downtown. Between this kind of response we get when there is a problem and getting hit with parking tickets, the choice is clear.

We seem to forget in Sudbury that the heart of a city is downtown.

In closing, I would like to finish on a positive note. When a few issues happened in New Sudbury, where I live, I called my councillor, Ward 11 Coun. Bill Leduc. He came and checked it out himself and took action, and had the problems resolved the same day.

Wishing we had more action people working for the good of our city.

Letter: Thank you for your efforts in adhering to COVID-19 protocols
Sep 21, 2020 9:00 PM
Comments
We welcome your feedback and encourage you to share your thoughts. We ask that you be respectful of others and their points of view, refrain from personal attacks and stay on topic. To learn about our commenting policies and how we moderate, please read our Community Guidelines.