Letter: Family 'disgusted' when their loved one moved into shower room at HSN 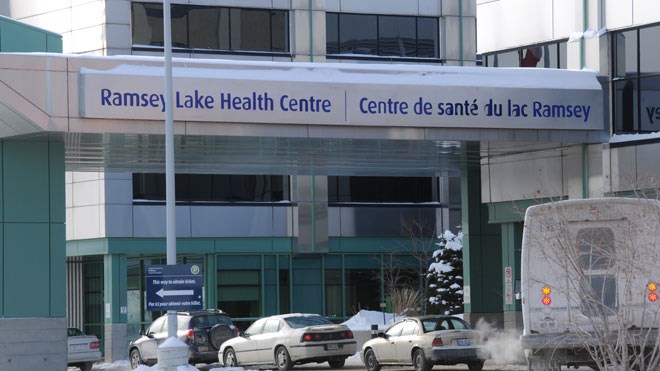 We are writing to express how appalled we are due to the insensitive, degrading treatment that our loved one received during her stay at Health Science North.

These sentiments are not directed to the wonderful nurses, but to the decision-makers that moved her and decided a shower room was an appropriate place for an elderly lady.

This is our story:

On July 6, 2019, our loved one had a stroke, and remained in hospital for four months. She was in physio for a few months and had to relearn how to walk, talk etc. After a few months, the doctor told her she had to go to long-term care, and, in the meantime, we had to wait for a bed for her.

At that point, her health was still very poor, she needed assistance to walk, and she was also very emotional. We then proceeded to apply at Finlandia, since her partner lived there. We were told us she was next on the list for a spot there.

One morning, we received a phone call from her and she was frantic, crying and hysterical, telling us that they moved her to the shower room. We were in disbelief, so we rushed over to the hospital. Sure enough, what she had expressed to us was accurate. They had moved her to the shower room. There was no washroom, only a pipe sticking out of the wall where a bed had been placed, not even a closet for her clothes.

It was disgusting to think that this could be done to an 87-year-old woman, who was already struggling emotionally and physically with her illness. How cruel was this act?

We were told she was the one on that floor in the best condition. Hard to believe when she could barely walk.

This episode has certainly affected her, and just to think she spent her career as a nurse and volunteer for the cancer society, raising money to help cancer patients. All this has left her feeling very depressed, anxious and worthless.

At this point, we had to do something. She was crying all the time and felt very insignificant. We felt forced to apply to a nursing home that would separate her from her partner, because we could not leave her in this shower room any longer. Her mental health was being affected.

We seem to be forgetting that the elderly are people, too, having worked hard all of their lives, contributing to society, only to be tossed aside at their time of need. I am sure this is only one of thousands of similar stories you hear about. When are we going to fix this and do what is right?