Letter: Land ownership: It's not too late to change

Reader calls idea of private ownership of property a tragedy of our times
May 31, 2019 5:00 PM By: Letter to the Editor 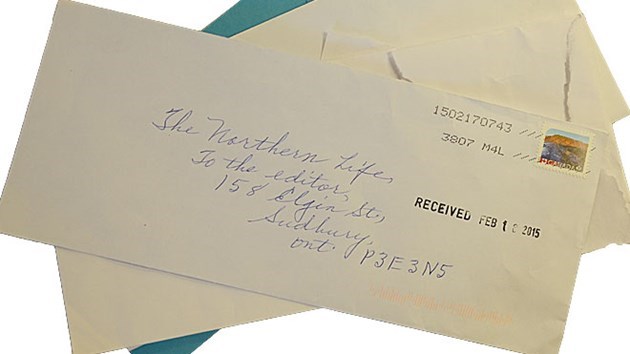 There are some who think money can buy anything, and some who try very hard to convince the rest of us that there is no responsibility attached to it.

I am referring to the sacrosanct belief in the private ownership of property. There is no such thing. The land claims its own identity. We are denuding ourselves in the finery of the Emperor's New Clothes if we think the land can be parcelled out bit by bit, with one bit having little or no impact on another bit.

At present, it is only those with the monetary resources that can claim ownership to the land, when, in fact, ownership is claimed at birth by every human being born into this world.

I suggest the narcissistic Keynesian view of the world be finally put to death. It does not work. That is our tragedy. We insist that it does. It is my intrinsic belief that the non-sustainability of this system will preempt an economic collapse in the very near future.

An infinitely more enlightened view of the world thousands of years old proposes a shared stewardship. A partnership of values allowing a more efficient and effective way of living the good life.

The universal laws of nature are exact. They are non-changeable. They operate with or without our permission. The Efficiency Principle is that energy expended will always be the lowest to achieve the highest. The entire universe moves and breathes on this logic. Why can't we?

It is ridiculous to think that one person can buy a piece of property with no accountability to his neighbour. How ethical is it to cut down all the trees in the Boréal Forest, spend the money, and leave everyone else with nothing.

At present, we cannot separate ourselves from the environment unless we perform the miraculous. A reverse osmosis transformation from our living selves into a robotic self-image. Then we can create our own little worlds within worlds. And ostentatiously do what we want, when we want, wherever we want. It's all about me.

The evidence speaks against us. We have been indicted by a higher court and found wanting. Our use of this land has produced nothing but greed and avarice. It is not too late to make a change, but I think the environment has already started the process with or without our permission.